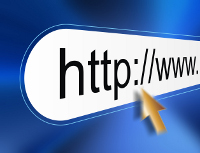 Across Europe and the rest of the world, superfast broadband is harder to find in the countryside than the towns. Whilst 99.9% of households in Europe have access to basic broadband services, that number nearly halves for Next Generation Access (NGA) technologies. The United Kingdom is far ahead of the curve, with the latest figures suggesting that 73% of UK postcodes have super-fast broadband, and the good news for expats is that Austria is only a couple of percentage points behind.

However, just as parts of Wales and Northern Scotland have very patchy service, so it is with the mountain states of Vorarlberg, Tyrol and Salzburg. So, if you are looking for an Alpine retreat from which you can run your business, or still get slick internet service, your options may be limited for the moment.In 2003, the “Austrian Broadband Initiative” aimed to extend broadband coverage to 100% of Austrian households. Of course, since this initiative was conceived in 2003 and completed in 2007, technology has moved on and this network is in need of upgrading to reach the target speeds of at least 30Mbps set by the European Commission (supposed to be hit across Europe by 2020). The Austrian government itself has already targeted 100% coverage of speeds of at least 25Mbps by the end of 2013, so if you are moving out now, or are planning to very soon, it might be prudent to check that the package you’re getting is at least this fast or, if it isn’t, not to commit yourself to a long term contract as it may only be a few months before greater speeds become available.

Even if you are moving somewhere that has no superfast connection currently, the price of hooking up your new home is tax deductible, as are the rates you pay on it, so long as it’s a business expense. Really, there is no reason not to have the fastest connection available, even in some of the most remote parts on the Italian border, as the government will, in effect, pay for the connection.

The question of which Internet Service Provider to chose will depend very much on your location and your specific needs. There is a whole host of providers operating out of the major cities of every state of Austria. The city of Salzburg alone has forty different providers, each with their own specializations and tariffs; some the national companies, and some smaller local providers. Obviously, it is a growth sector in Austria, and giants such as Telekom Austria benefit from healthy competition. It is always recommended to shop around thoroughly for the company that best provides for your needs. There are also places that offer marketing and advertising services, so if you are looking to expand a business into the local market, then the knowledge provided by such companies may be beneficial. There is a range of other ISPs that provide further services which you can include in your package: IT, computer repair, web design specialists, mobile phones, and so on.

The two largest ISPs are UPC and Telekom Austria (otherwise known as A1). There are some horror stories told about UPC – installations gone awry, spotty service, poor technical support and low speeds – though they do offer services of 150Mbps, which are far faster than those offered by A1. While UPC promises the world and can apparently sometimes get it wrong, A1 tend to make more modest claims and deliver on them with more consistency. Whether that will remain the case with Telekom Austria’s merger with Dutch giant KPN and the possible takeover by Mexican media mogul Carlos Slim, remains to be seen. With this merger Telekom Austria will be able to compete with UPC’s international services, although this is not something the average household would necessarily need.

Whichever provider you decide to take on, the infrastructure of the broadband network represents a long-term investment on the part of successive governments, an investment that has led to ISPs large and small offering rates and inventive deals to compete for your business. There is no reason for an expat to settle for less, even in the remotest parts of Austria.

Have you recently set up your home or business broadband in Austria? What has been your experience of the different services available? Let us know in the comments.