Home Moving To Morocco? Here's How To Navigate The Bazaars Morocco

Moving To Morocco? Here's How To Navigate The Bazaars

Very few expats who get to live in Morocco will ever forget the smells and colours of the country’s bazaars and markets – better known as souks - where traders enthusiastically try to attract customers.

The bazaars are an adventure in themselves where lots of different spices are sold alongside traders selling intricate handicrafts as well as a wide range of fresh fruit.

Marrakesh and Fez offer some of the best bazaars to be found in North Africa, though Casablanca, Meknes and the capital of Rabat offer great bazaars too. Expats will enjoy meeting traders who are hard at work creating metal crafts.
A detour down an alleyway may lead to an unbelievable discovery of a shop selling wonderful handmade treasures whether they copper bowls, ceramics or embroidered linens. Restaurants in the bazaars are also cheap and excellent.

Expats should appreciate that many of these bazaars or souks are not just used for picking up trinkets and fruit but also for interacting with talented artisans.

For the most part there is everything available, from apothecaries offering innovative sunburn remedies to traders offering mint tea in carpet shops.
Many of the traders will be using hand carts to sell their wares while others will simply set up shop on the roadside.

There's always a warm reception from traders, and expats prices are negotiable, which helps to make the bazaar experience one to enjoy.

Some souks are dedicated to a specific offering, for instance leathers, slippers and some which feature various cubbyhole workshops.

Among the top buys at a souk are spices such as saffron, carpets and brassware as well as ceramics and hand sewn cotton and linen embroidery.

One of the biggest tips when it comes to navigating around a bazaar is not to fear getting lost, since many of them are surrounded by streets that may be at least 1,000 years old and consist of hundreds of derbs, or winding alleys.
There are plenty of bargains to be had in the streets and while a guide could be hired, the best fun is to simply head out and find the best deals.

Most expats in Morocco will be based in the capital Rabat or Marrakesh and it's there, just off the Djemaa el-Fna central square, where there is an excellent souk; there is a labyrinth of stalls offering everything expats are expecting from leather goods to carpets and spices. You might even find a love potion!

Expats who move to Marrakesh will soon appreciate that this is a city divided in two where the walled old city, or Medina, is where the winding bustling bazaars and medieval buildings are found. Most of them are around the Djemaa el-Fna, which is a colourful place to spend any length of time. The other side is the new town, or Nouvelle Ville, which has modern residential blocks and broad boulevards but not the ancient bazaars. 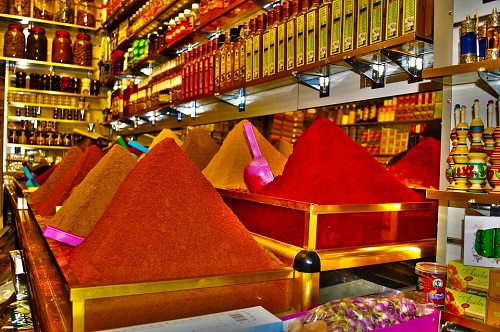 Bartering will be a crucial way of enjoying a trip around this souk and expats should be prepared to drink lots of mint tea while negotiating with traders to snap up a bargain.

As with many marketplaces in Morocco, the souk is often divided into areas for different products. For wickerwork and spices expats should head for the Qassabine souk. Those who want to snap up leather goods need the El-Kebir souk where they will find a wide variety of handicrafts and creations. There will also be craftsmen sitting on the stalls hard at work and quietly asking passers-by to come in and have a closer look at their wares.

This is probably a good idea since lots of Moroccan handicrafts are renowned for using some of the world's softest leather; the local word for this is maronquinerie.

As with most Moroccan souks, there are lots of stalls selling exquisitely made rugs with the makers using a traditional knotted technique that began in the 14th century.

Also, should expats be looking for traditional clothes then they will find lots of caftans, which is a loose and long fitting dress for women while the male equivalent is the djellaba - this is more distinctive since it usually comes with a hood.

However, expats should not really get hung up on learning the names for the different parts of the souks before they get to one because it will be pointless since the stalls are crowded together and there are no names or signs to reveal the road or the area.

This means the best way is to simply follow the crowd or hire a guide to help show the way around some of the best shops in Marrakesh - be aware though that many foreigners will be harassed by people calling themselves 'guides' but actually running scams.

Should an expat feel more comfortable hiring a guide then they should hire an official one who will be knowledgeable and reliable and also help keep the touts away. They can be hired by the day or half day and will know the bazaars well. Most hotels will have details of the good ones.

Then there will be the issue of haggling; expats should generally offer the trader around a third of the price they have quoted initially - or, if it's a particularly expensive item, then offer one-tenth of the asking price.

Expats should also be prepared for negotiations to be conducted over a lengthy period of time - it can take up to several hours depending on the goods being bought. Lots of mint tea will also be offered during the negotiating process.

To help sweeten a deal, the expat may also be asked to swap something they may be wearing in addition to cash for the item being bought; this could be expensive trainers or a designer T-shirt that the trader can then resell.

Traders can be multilingual and many of them will have a good knowledge of English and will be prepared to barter in another language. 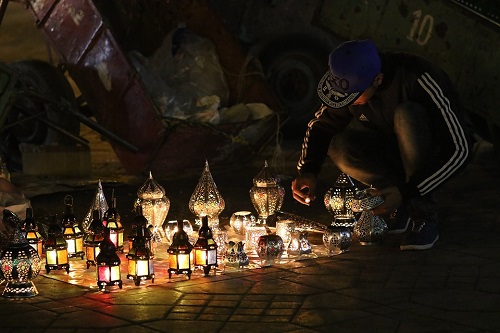 Also, there are some particularly good times to visit a bazaar and for early risers there are some cracking deals to be had between 6am and 8am when local traders will be on the souk bargaining for their own goods.

Another reason for visiting the bazaar early is that many of the traders are more keen on reaching their sales quota in the morning than they are in trying to make a profit, which means there are some great bargains to be had.

Another good time for visiting stalls is late in the afternoon between 4pm and 5pm when many traders will be thinking of packing up for the day; most stalls on the bazaar will close in the evening though it it's a bazaar popular with tourists it may open much later.

Whichever time of day the expat visits a bazaar they should appreciate that they should not show too much interest in a particular item and not to get too excited when the price for it begins to drop; it might be a good idea to express interest in something else completely before switching to the item the expat really wants.

Indeed, it may be worthwhile conducting a lengthy bartering process and then going to another trader to find how much they will accept for an item and the expat should not be embarrassed to return to the first trader and begin negotiations again - but knowing how much others are going to charge places them in a much stronger position to buy something at a price they are willing to offer.

Another tactic to get a better price is to buy more than one item from a particular stall and use that as a bargaining chip to get a low price on both goods.

Expat should also appreciate that many souks will be closed all day on the holy day of Friday.

While negotiating their way around the souk, the local currency is the Dirham and the exchange rate with the pound and US dollar is good, which means that items that are already cheap become real bargains. 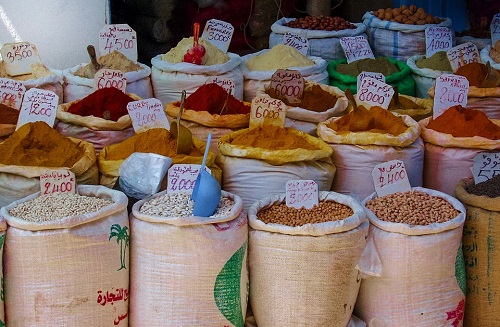 There are lots of places to change money in Marrakesh and while there are lots of great bargains to be had the expat should be prepared for a long search and lots of haggling; there's also no shame in bowing and withdrawing from negotiations and continuing the search.

Also, expats should appreciate that some traders will be economical with the truth and what they may offer up as an authentic Berber rug – Berbers were the pre-Arab inhabitants of North Africa - may not actually be Berber at all.

Another issue for expats negotiating their way around the bazaar is that some of the stall traders may be selling items that are unusual; for instance, a traditional medicine stall may be offering rare roots, magical ingredients as well as dead crows for sale.

There is no doubt that the marketplace is the heart of many cities, particularly in Morocco, and the sights, smells and sounds all give the impression of lots of bustling energy that is contagious and helps make visiting a bazaar an interesting experience.

There is also a striking feeling of being transported to a different time with the noise and bustle, the different languages and dialects being spoken in the souk and the enjoyment of bartering to snap up a bargain.

So, here are a few points to help expats navigate their way around a Moroccan bazaar:

• Find a reliable guide before visiting
• Remember that turning up early generally means better prices
• Bartering is part of the ancient tradition and many traders enjoy the 'game'
• Don't be embarrassed to say no and walk away
• Do not be enthusiastic about the item you want
• Shop around!
• It will pay to learn a few phrases such as ‘please’ and ‘thank you’
• Be wary of touts and fake guides offering to help
• All bazaars in Morocco are great fun!

Regardless of which bazaar the expat visits in Morocco, one of the joys is getting lost and then spending hours enjoying the energy and the fun of negotiating with traders in an area that is packed with handicrafts and spice stalls in a colourful and vibrant setting. Happy bartering!
Read more Morocco living articles or view our latest Morocco articles
Discuss this article in our Morocco forum or Facebook group