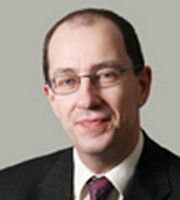 “The consultation documents published today on the subjects of residence and domicile represent a significant step forward both in terms of the Treasury’s approach to these complicated areas, and to its way of dealing with interested parties.

“The consultations show that the Government has listened to many of the concerns raised by the industry for years. If the proposals are implemented in anything like their current form, life will get much easier for anyone who needs to work out their UK residence or domicile position.

“The consultations cover a lot of ground, but have a consistent approach of simplifying existing rules and providing taxpayers with more certainty. In many different places the documents show a willingness to take a pragmatic approach, getting rid of unnecessary complication and making life simpler both for the taxpayer and for HMRC.“The introduction of a statutory residence test is welcome news for taxpayers as it finally sets out in statute a clear definition of when an individual will be treated as tax resident in the UK. The test will fall into three parts, and although some of the details are complicated, it should be relatively easy for individuals to work out where they stand. It is particularly good news that we will see a number of black and white tests, especially in relation to leaving the UK to work full time abroad. This will make it much easier for people to plan their movements with confidence, and to avoid accidentally staying or becoming UK “resident.

“Under the new residence tests it will be harder to cease being UK resident than it will to become resident in the first place. This may seem unfair on the face of it, but is actually not unreasonable. It reflects the fact that many people come to the UK and settle here with their family, so that the UK becomes the centre of their lifestyle even if in particular years they do not spend much time here.

“As a principle, the Government wants it to be harder to cease to be UK resident the longer you have been here. It will be necessary to make a clean break with the UK in order to lose your residence status in many cases, but at least with a statutory residence test you will know exactly what you need to do in order to achieve this.

“The new tests should remove most of the ambiguity that taxpayers currently face on leaving the UK as evidenced by the Gaines-Cooper case.

“It is not only important to have clear rules about when you are UK tax resident – knowing when you cease to be resident is of equal importance. The consultation document indicates that the tests to be applied will be clear and unambiguous which is good for taxpayers and their advisors.

“By concession, HMRC only treats people as UK resident for part of the tax year when they arrive in or leave the UK. The problem with this is that it is only a concession, and you cannot rely on it applying in individual cases. The proposal to give the concession a legal basis is very welcome, and will make it much easier for people to plan with confidence.

“In relation to frequent business travellers to the UK, HMRC has previously indicated that it would not seek to review the non-residence status of anyone spending 10 days or fewer in the UK on business. This includes trips that form an essential part of the duties of the employee as well as “incidental” visits. The new tests build on these rules, and individuals who spend fewer than 45 days in the UK in a tax year will automatically be non resident if they have also been non-resident in the previous three years.

“The consultation provides further guidance on the impact of having family or property in the UK. This is very good news, because until now there has been a great deal of uncertainty about the impact of these factors on the residence status of many people.

“Having property in the UK used to be taken into account when determining residence in the UK so it is interesting that HMRC has now reverted to this approach. There does need to be a distinction between retaining property in the UK for investment purposes and having property available for personal occupation, and the new rules recognise this. It is particularly good news that it is proposed that UK property will generally only be taken into account for residence purposes if it is actually occupied. This means that anyone leaving the UK to work overseas, for example, will no longer have to sell up or rent property out long term in order to comply with the rules.

“Foreign nationals often come to spend the summer in the UK and the day count element of the residence test will encourage them to continue visiting the UK without worrying that they could be deemed to be UK resident merely because they visit every year.

“The Chancellor had announced in the Budget earlier this year that he wanted to send the message that Britain was open for business, and was proposing to remove the tax charge on foreign income and gains remitted to the UK by non-domiciles where the funds were used for commercial investment in the UK.

“The consultation now sets out how HMRC proposes to implement this measure, and has gone further in some ways than we had expected. Under the proposals it will be possible to bring untaxed income and gains to the UK to invest in a wide range of businesses, including most trading activities and, importantly, also commercial property. The only major exceptions to the opportunity relate to renting domestic property and to leasing businesses. These exceptions are sensible, given the opportunities that could otherwise exist for individuals to, for example, buy a yacht and then lease it to themselves, giving all of the benefits of ownership without triggering a tax charge.

“We were surprised but pleased to see that the Government plans to allow offshore trusts to make investments on the same basis as individuals. After several years of attacks on trusts, which have many important benefits completely unrelated to tax, this is a welcome move. It should encourage trustees to bring money to invest in the UK, and will avoid a great deal of complicated and artificial tax structuring in future.

“There are also welcome changes in relation to bringing assets to the UK to sell. Under the current rules bringing personal items such as antiques into the UK to sell will trigger a tax charge if the assets were bought with untaxed income/gains. This means that UK auction houses are missing out on the chance to sell many items, weakening the UK’s position in an important market. Once the new provisions apply, it will be possible to bring many personal assets to the UK and sell them tax free, provided that the proceeds are then taken back offshore.

“The current rules governing what foreign funds can or cannot be brought to the UK by non-doms taxed on a remittance basis can be extremely complex, and making a single mistake can leave taxpayers caught in a web of messy administration for years to come. The Government has proposed a simple change to the rules governing the remittance basis that will at a stroke do away with most of these problems.

“Many non-doms hold funds offshore in currencies other than Sterling, and this has traditionally caused major headaches for UK tax purposes. The problem is that many (but not all) of these accounts are subject to capital gains tax on exchange gains, which means that in theory a tax charge can arise every time money leaves the account. Calculating the gains or losses on movements in these accounts can be extremely time consuming and expensive, and many taxpayers are not even aware that they are required to do so at all. The Government has proposed to do away with all of these problems by taking personal foreign currency bank accounts outside the scope of tax altogether. This measure will need to be implemented carefully to avoid abuse, but is extremely welcome, and shows the sensible approach that characterises most of the proposals in the consultation.

“The Chancellor announced in the Budget that there would be no further changes to the taxation of non-UK domiciles during the life of this Parliament. The consultation documents confirm this, and although this is as expected, it is still reassuring!”