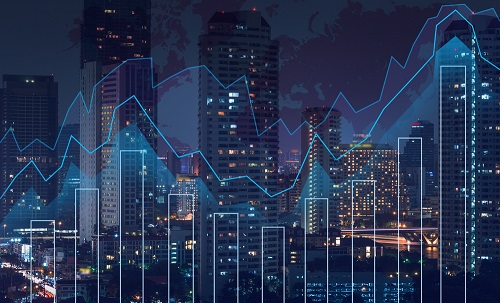 Bank layoffs in Spain: could this affect you?

Over the past decade, up to 2019, Spain has experienced the biggest number of bank layoffs in Europe, with a host of small banks having been bought and consolidated by bigger ones – although the number of banks in the country continues to stand at double the European average (46 branches per 100,000 residents). Bank layoffs are likely to have an impact on older residents, including expats, who may be wary of online banking or who may rely on their local branch because they live some distance from bigger urban centres. We recommend that you keep an eye on any developments in your area.

The Association of Americans Overseas, a long-standing volunteer-run advocacy organisation, has recently conducted a survey of around 400 US expats, nine out of 10 of whom complained that they were caught between ‘two systems’ of banking and tax – in the US and in their host countries. They told the AARO that penalised taxation, denied access to US banking services, and expenses in filing US taxes (to name but a few concerns) are making their lives fiscally miserable. They also say that US banking firms and investment companies steer clear of them as customers, and that they have been denied business opportunities because they are restricted by US banking requirements. Calling themselves ‘the Caughts’, they say that they are unfairly penalised by the financial system. 62% say that they are subject to double taxation.

Can your voting rights affect your tax status?

We’ve reported previously on the new legislation allowing long-term British expats the right to vote in UK elections. This has been regarded as a victory for British citizens abroad, but there is a sting in the tail. Tax experts are warning British expats that the new ruling regarding their right to vote might have an impact on their tax status. For instance, there are implications relating to inheritance tax. If you’re concerned about this, then the advice is somewhat drastic: to sever ties entirely with the UK to avoid tax liability. This may not be desirable or feasible, and it is recommended that, if you are concerned about this, you speak to a tax advisor.

In addition to this, check with your pensions adviser about changes to the pension rules for British expats who have previously spent time in Australia, Canada or New Zealand. Under the previous regulations, you should have been able to count periods living in Australia (before 1st March 2001), Canada or New Zealand towards calculating your UK state pension. However, from 1st January 2022, if you have been living in one of these countries and intend to move to the EU, EEA or Switzerland, your state pension will be calculated (or recalculated, if it is already being paid to you) using only a UK National Insurance record.

“The UK Government intends to change how UK state pensions are calculated for some of those living abroad, affecting UK expats during an already turbulent time. If the Government goes ahead with this change in rule, they need to lay out clear foundations for UK expats on the new state pension breakdown. We urge UK residents to do their research before moving abroad [if they] have already lived in Australia, Canada and New Zealand.”

However, there is some good news. From mid-April, you should see a little more on top of your state pension. The Department for Work and Pensions (DWP) says that you ought to be entitled to a rise of 2.5%, around £4.40/€5.0 a week.

If you think you might be eligible for a state pension in your host country, speak to a pensions adviser. For example, to claim a full Spanish pension, you will need to have worked and contributed for at least 36 years (37 years by 2027).

The Financial Times has highlighted another tax issue that some British expats ‘stranded’ by the pandemic now face. They have reported on the case of British pilots, working for airlines such as Emirates, who have been obliged to return to the UK as a result of the pandemic, and who have found themselves facing hefty tax bills, as their return has made them liable for British tax. People who thought, justifiably, that their earnings had been tax free have suddenly been confronted with bills of up to £20K. Many nations and tax authorities proved to be flexible during Covid-19, and HMRC allowed non-residents to remain in the UK for an extra 60 days without incurring tax liabilities. However, they included a clause to say that this would only be the case in ‘exceptional circumstances’, and they are proving somewhat intransigent on this.

The professional accountancy body, ICAEW, has approached HMRC on this issue, but has not been successful in persuading them to shift their position. Tax experts say that this is a corporate as well as an individual problem, because companies are responsible for paying PAYE and this has been affected by employees becoming stuck abroad. Companies need to make sure that they have a full understanding of tax compliance and how it has been affected by Covid-19. Since HMRC is not proving particularly flexible, it is a good idea to check with your accountant or tax adviser if you’re in this position.