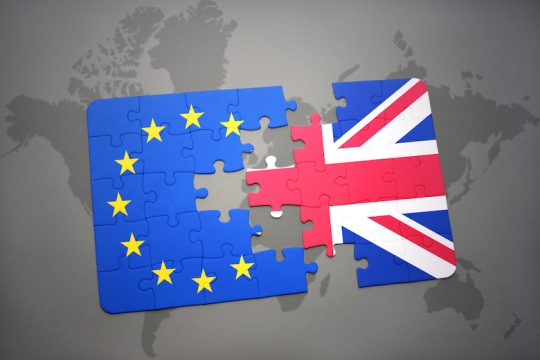 The issue of Brexit has now become so complicated that you could be forgiven for throwing up your hands and abandoning any attempt to try to follow recent events. Let’s have a quick recap, therefore, of where we are with Brexit towards the end of April.

Theresa May has essentially failed to get her deal through the Commons. This hasn’t made anyone very happy, with schisms taking place all over the place.We now have two new political parties, one involving Chuka Umunna and Heidi Allen (Labour and Conservative politicians who have left their respective parties to form the new group, named Change), plus Boris Johnson’s sister Rachel, and a Brexit party set up by Nigel Farage and featuring Annunziata Rees-Mogg, the sister of European Group Member Jacob (one would love to be a fly on the wall during Rees-Mogg and Johnson family gatherings just now). The Prime Minister is still clinging to power, but there are increasing calls for her to step down, for example from Ian Duncan Smith who has warned of a revolt from Tory politicians who don’t want to fight the upcoming European elections.

With May’s deal collapsing, the EU itself has stepped in and insisted on an October 31 deadline if a deal can’t be sorted out by May 22. If a deal is not passed then, we’ll be obliged to fight the EU elections. This hasn’t made anyone very happy either, especially the European parliament’s Brexit coordinator, Guy Verhofstadt, who complained to Donald Tusk that

“Instead of sending May back to London with no extension or ultimately a very short one – a few days, a week – you gave her six months [which] is too near for a substantial rethink of Brexit and too far away to prompt any action … I fear it will prolong uncertainty and it will import the Brexit mess into the EU and poison the upcoming European election.”

In the meantime, the UK government has been standing down civil servants who have been preparing for a no deal, amid an acrimonious row regarding the cost of this process. The Conservatives have been in talks with Labour, to see if some form of compromise deal can be reached – in which case, Parliament will then need to vote on that. But the Prime Minister is insisting that the negotiated withdrawal agreement – the legally binding bit which covers citizens’ rights, finance, and the Irish border – must remain unchanged.

Paschal Donohoe, the Irish finance minister, has said that his government is now prepared for a disorderly Brexit (a no deal, in other words) and has no plans to put any infrastructure in between the Six Counties and Eire. It does not recognise the backstop protocol in May’s deal, but Donohoe did say that Ireland is ready in terms of customs arrangements. He’s urged Irish companies to get their procedures in place during the upcoming 6 months’ grace period.

So are we actually heading for a no deal now? Well, if Parliament can’t agree on a deal and we don’t take part in the European elections, we’ll be out on June 1. And if we do take part in those elections, no deal is still the default option if MPs still find themselves unable to agree in six months’ time. The Independent states that

“Brexit, in any of its incarnations, is dead, crushed under the weight of its own contradictions. Even if Theresa May were somehow to win a majority for her withdrawal agreement – and there is no sign of that happening – it would mean the UK remaining in the EU customs union indefinitely, and in any case at the sole pleasure of the European Union.”

The editorial goes on to suggest that we actually revoke Article 50. This will obviously infuriate Leavers and probably won’t please Remainers all that much either, since it leaves the UK in a kind of political and economic limbo in relation to Europe. The Independent has been calling for a second referendum but, again, this isn’t a popular option with a large swathe of people and it can’t be rushed: there are quite strict legal constraints on holding a referendum. And the paper also suggests that the EU might propose an indefinite series of extensions, since the British parliament has ‘virtually outlawed’ a hard Brexit and Europe doesn’t want it either.

The other option is that Parliament somehow manages to put together and vote in an entirely new deal in the six month remaining grace period. Given previous performance, this is unlikely, but not impossible. It’s also not impossible that we might have a general election, although it’s important to note that Labour is not necessarily opposed to leaving Europe. The Prime Minister could also resign, triggering a Tory leadership election and she has in fact stated that she will step down if her deal is passed.

The uncertainty that all of this is producing is obviously very tough on any EU citizen living in Britain and conversely any British expats in the EU. The EU nations have been putting measures in place to try to safeguard the rights of Britons, whom they would rather not lose, but most of these measures are contingent on the British government getting its act together and guaranteeing reciprocity, which is proving to be a slow process. In addition, there have been difficulties with overstretched bureaucracies in some EU states, France in particular, and even when residency has been safeguarded as far as possible, important questions like pension locking remain up in the air. Too many aspects of life still remain in limbo for expats’ peace of mind. And it’s uncertain what problems you might encounter if you’re simply planning to travel to Europe, too. Our advice would be to sign up for regular updates from the British gov.uk website, keep an eye on the news and keep in contact with the British embassies or consulates in your adopted nation.