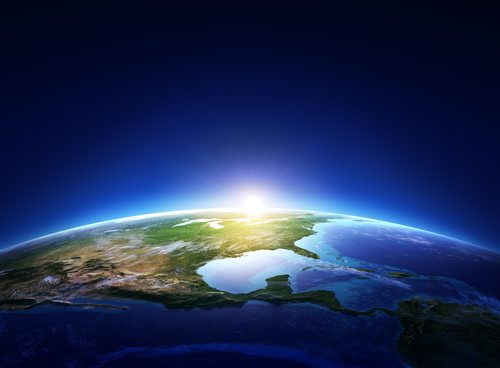 A survey of HR professionals has revealed that more millennials in the UK will be sent overseas for work by employers in 2018.

The findings from Collinson Group found that 48% of HR professionals are expecting more of their staff to be sent on a long-term international assignment in the next three years.The firm’s commercial director, Lawrence Watts, said one reason for this is that employers are appreciating the benefits that come with sending staff on overseas assignments.

He added that the move will help expat staff develop problem-solving and leadership skills and also boost collaborative working, help with company loyalty and boost the employer’s status when attracting new staff.

Mr Watts said expats should be supported, safe and successful while working overseas particularly when working in a challenging location.

As a result, he says the UK’s iPMI market is enjoying sustained growth as more employers look to protect their expat staff when working overseas and help prevent an international assignment from failing.

The HR professionals questioned for the survey say that more staff aged under 34, for 31% of respondents, are being sent overseas which is twice the amount who said that staff who are over the age of 45 are being sent abroad.

Saudi Arabia has announced that expats are to be banned from working in some parts of its economy with the decision coming into effect from September.

While the new measures will mainly affect expats in low-paid jobs in industry and retail, observers say this could be the first of many initiatives at reducing expat numbers in the kingdom. The move could see tens of thousands of expats losing their jobs and the aim is to boost opportunities for Saudis as part of the Saudisation project.

Meanwhile, the government in Oman has also unveiled similar measures with a six-month ban for expat visas to work in 10 industries in a bid to encourage employers to hire more nationals.

The ban will affect 87 professions in the country’s private sector including IT, media and the airline industry as well as HR, engineering and management jobs. However, the expat visa ban could be in place for more than six months.

Opportunities For Expats In Uganda

The Ugandan government has announced that it will need to undertake a major recruitment programme of expats to work in its fledgling oil and gas production fields with production scheduled to start in 2020.

Government ministers say most of the work will need to be done by expats.
Uganda is training up hundreds of Ugandans who are interested in working in the sector but there is still a major human resources gap that needs to be quickly filled. The country’s energy minister told a conference that gas and oil activities will create around 167,000 jobs during field development as well as refinery and pipeline construction.

Expats Will Be Laid Off At 65

All expats who reach the age of 65 in Kuwait will have their contracts terminated, says the Civil Service Commission.

The new measure will also reduce the expat’s end of service premiums paid by government departments to non-Kuwaiti employees as the new regulations will preclude these benefits when the expat is rehired.

Among the expats being affected are those working in the Ministry of Justice who could be working as legal advisers. The Ministry of Education has also revealed that its expats contracts will be terminated from July 1.

The government has also revealed that redundancy terms will include six months of full pay when the expat’s contract is terminated.

The number of US citizens who are renouncing their citizenship fell at the end of 2017 after the record high recorded in 2016. It’s the first time in five years that the numbers have fallen, data from the federal government reveals.

This drop in numbers has come as a surprise for many watchers of the list published by the government who predicted that 2017’s figure would be much higher than 2016’s.

However, some of these watchers say the fall in numbers may be in expectation of the Tax Reform Bill that was pushed through Congress by President Donald Trump and American expats may have believed they would benefit from it after a long campaign for recognition under the country’s complex tax code.

Unfortunately, the Tax Reform Bill had little in it for expats except for those who have at least 10% in an overseas business who would now qualify for the Foreign Corporation Tax Status and pay 15.5% on profits. Though this tax is levied regardless of whether the expat is planning to bring the funds into the US or not.

Meanwhile, a new group has been created in France of ‘accidental Americans’ called l’Association des Américains Accidentels which now has 320 members. They are campaigning for the French government to protect them from reporting their financial obligations to the US. Many of the members left the US when they were small children and have little or no connection to their ‘homeland’.

One issue is the Foreign Account Tax Transparency Act which has made it easier for the IRS to find expat Americans for tax purposes.

Also, the US Department of Justice has revealed that one resident of Connecticut, originally from Korea, has been fined $40 million and handed a six-month prison sentence along with a $100,000 fine for failing to report having $28 million in Swiss bank accounts.

Among the issues for expats retiring overseas is the ability to fit in; now International Living has revealed the top six places where it is quick and easy for an expat to do just that. This means they will enjoy a ‘satisfying’ and ‘good value’ existence while living overseas.

As many expats will appreciate, some places are easier to fit in with than others but feeling part of the community means the expat will become involved with activities and be making friends.

In first place, according to the index, is Ireland which the researchers say might be ‘Europe’s friendliest country’. In joint second place are the Philippines and Malta, followed by Honduras, then Malaysia and Belize in joint third place.

The rights of Swiss expats to vote in elections may be brought to an end with the launch of a new campaign by a political consultant.

Claudio Kuster disagrees with the fact that Swiss citizens who live overseas and who have never been to the country, including their children, have a right to vote. He says there is a fundamental question for democracy over who can be a citizen and who cannot; this also includes who should and should not have the right to vote in Swiss elections.

He added that some Cantons in the country are already discussing the rules of democracy and he would like to see voting rights being restricted if a Swiss expat has lived overseas for five or 10 years.

Previously, Mr Kuster enjoyed political success after a campaign to cap manager salaries in Switzerland was approved by voters in 2013.

British Expats Will Have Right To Vote

The UK government has unveiled plans that will give expats the right to vote in elections, regardless of the time they have spent overseas.

Currently British expats living overseas for more than 15 years are unable to vote and none were able to do so in the EU referendum. However, it’s still not clear whether expats will be able to vote in any potential future referendum, though they will be allowed to vote in national and council elections.

The only criterion under the new rules is for the expat to have registered or previously been resident with a local constituency so they can vote from overseas.

Labour unions in Nigeria have criticised the government’s failure to stop multinational firms in the country from abusing the expat quota system. They say the government needs to do more to tackle rising expat numbers. The move follows the Nigerian President signing a declaration that forbids employers hiring expats for jobs that Nigerians can do.

Authorities in the Maldives have announced that any expats who join political gatherings, including rallies, will be violating their visa conditions and will face deportation. Employers are also being urged to advise expat employees about the country’s immigration laws and regulations.

Kenya’s Public Service Commission has revealed that it will no longer employ expats if there is a Kenyan able to meet its needs and all expats employed in future will be restricted to three-year contracts.

Expats living and working in Malaysia have rated their experience highly, according to a HSBC Bank Malaysia survey. They found 61% of expats said it was easy making friends in the country, compared with 53% globally. The bank adds that 44% of expats there are Europeans and 18% come from east Asia.

A new amnesty in Kuwait has seen thousands of expats rushing to benefit and have their situation regulated. The Ministry of Interior announced the amnesty for foreign workers ran for one month and should lead to authorities helping the estimated 130,000 illegal expats living there eventually. The last time Kuwait had a full amnesty was in 2011, while a partial amnesty in 2016 was well received. However, authorities are also complaining that some expats are using the amnesty as an opportunity to leave without paying their outstanding fines.

Lots of expats living in the United Arab Emirates would like to make their homes there, a survey by Friends Provident reveals. According to their research, 65% of expats want to make the Emirates their permanent home. Among the reasons why, 44% of expats say they enjoy the career potential and for 34%, the work opportunities.

The number of foreign students applying to UK universities has reached a record high – despite the potential impact of Brexit on higher education. According to the Universities and Colleges Admissions Service (UCAS) more than 100,000 overseas students have applied for places this autumn. EU student numbers applying have risen by 3.4% to reach 43,510 while the number of international students has reached a record of 58,450, a rise of 11%.

The driving test for expats in Oman has been redesigned to help them pass more easily, say the Royal Oman Police. The authority says the move follows a growing demand from expats and citizens to drive automatic cars.

Expats heading to the UAE need to be aware that strict new security checks are now in place and they will need to supply a good conduct and behaviour certificate when applying for a work visa. The government says it’s looking to safeguard the UAE’s national security with the certificate which can be obtained from most police forces where the expat has lived within the last five years.

A group of British expats that launched a landmark legal challenge in the Netherlands have won the right to be heard by the European Court of Justice. The expats want their rights to be protected post-Brexit including the right of free movement – they say these rights should be protected and enforced by the Dutch government and this must be done regardless of what the UK’s relationship with the EU is.