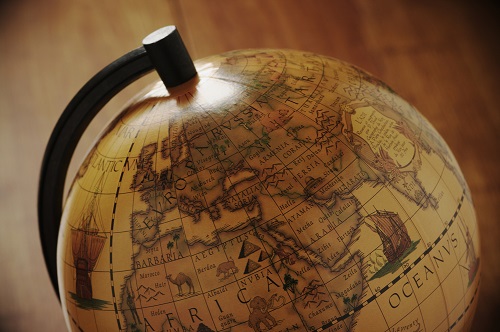 Despite the localisation trend in employment sectors in the UAE, for the first time, the region is planning to offer citizenship to expats. High-level white-collar professionals, such as doctors, will largely benefit, plus individuals with special talents, such as artists. There is no application procedure as such. Instead, individuals will be nominated by state officials or royals. This is following on from the 2019 initiative to offer 10-year ‘golden visas’ to high-level expats, such as scientists and medics, and to those students who have achieved significant exam results. In order to qualify, you will need to own property in the UAE, and you will also need to be at the very top of your profession.

Critics of the system point out the substantial contribution that lower status workers have made in consolidating the UAE’s infrastructure, which makes it seem rather unfair that they cannot apply. However, for now, the golden card will remain extremely selective.

China has reacted to the recent wave of protests in Hong Kong with some major changes to the school curriculum, making content more patriotic and encouraging students from six years of age onwards to memorise parts of the national security law. This won’t affect you as an expat, unless you have school-age children, in which case you need to be aware that these changes will also apply to the city-state’s international schools. A statement from the government says that international schools have a ‘responsibility’ to ensure that their students ‘acquire a correct and objective understanding’ of the law. The Hong Kong Professional Teachers’ Union has protested this measure, which will bring education in HK closer to the kind of education currently promoted in China. However, the regime is keen to stamp down on the kinds of protests seen in 2019, which were largely student generated.

In September, the English Schools Foundation, which runs 22 international schools here, set out a 15-page set of guidelines for teachers, with the aim of informing their students that the classroom is no longer a ‘safe space’ for discussions about the new national security laws. One result of the changes to the curriculum is likely to be an exodus of teaching staff (both Chinese and Western) to Taiwan and the UK.

Meanwhile, teachers aside, the UK is anticipating an influx of up to half a million Chinese activists from the city state in 2021, who wish to avoid Chinese repression. The introduction of the new national security laws in June have impelled many HK residents to consider life elsewhere. The UK is a logical choice. The UK government has offered 2.9 million Hong Kong people who have British National (Overseas) status the chance to take up residency and citizenship. You can learn more about this on the UK government website.

However, the UK government insists that anyone applying for a British National (Overseas) visa must pay an up-front NHS surcharge of £3,120 (or two instalments of £1,560) for an initial five years’ residency. Many HK would-be expats do not have these kinds of funds, but if they go back, they face the real possibility of arrest.

Following the UK government’s travel crackdown, British Airways say that they will be cancelling flights and holidays up to the 15th March. Customers will be allowed to alter their holiday dates without a change fee, and they can also apply for a voucher. Grant Shapps, following the government’s lead, has been negative about the possibility of British citizens taking foreign holidays this year, and anyone still hoping to travel may have to hold their horses until the Covid-19 situation resolves further.

The Irish press report that a number of British expats have been circumventing travel bans by extended layovers in Ireland. Malaysia, Singapore and Hong Kong have all implemented travel bans on people coming in from the UK, so travellers have been booking 10-day or two-week rentals in Dublin and then venturing on to the Far East. Since there is still free movement between Ireland and the UK, they are legally able to do so. A lack of compulsory quarantine in the city also means that people have the chance to enjoy their stay while they are there.

Despite the problems that some Australian expats have had in returning to their native land, London has seen an Aussie exodus this winter. Visa applications have plummeted by 74%, and the two-year ‘youth mobility’ visa applications have fallen even faster – they’re down by 80%. Damian Walsh, chairman of the Britain-Australia Society, told the Financial Review:

‘The younger people that came over here for a two- to three-year secondment from their accounting or law firm, lockdown has pulled the rug from under their feet. They don’t have the office-based social life. They’re sitting in small flats and not enjoying themselves. They can’t travel to Europe or meet friends in the pub. It’s accelerating or crystallising their decision to return to Australia.’

Anticipated travel difficulties and the presence of ageing parents back home in Australia has given the impetus to leave to a number of expats in the UK capital. However, Damian Walsh thinks that there will be a bounce back once the pandemic is over, and says that he believes that the strong relationship between the UK and Australia, fostered by the connections that many young Australians make during their time in London, will not be harmed by this enforced hiatus.