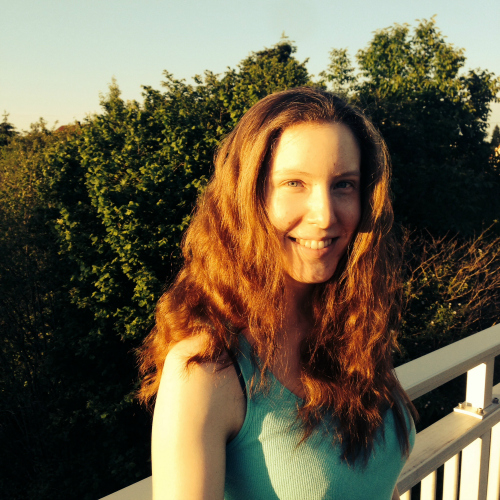 I’m an American student and language enthusiast currently studying to be a technical translator.

I moved to Karlsruhe, Germany in 2013 to be with my German boyfriend (now fiancee) and to work as an au pair.My boyfriend and I had already been dating long-distance for more than a year and he still had at least a year to go before finishing his degree, so I decided to head over to Germany for a year (once my employment contract in the US ended) and see how it went. I’m still here almost three years later and have no immediate plans of leaving.

Logistically the move was fairly easy, since I moved directly into my au pair family’s house and didn’t have to apply for a visa until I got there. The hardest part was moving away from my family. To this day I still feel torn between my family in the US and my life in Germany.

I know there are some, but I really don’t know how many. When I first moved to Germany and was living in Karlsruhe I spent a lot of time with other expats (mostly other au pairs), but now that I’m a full-time student at a German university I don’t have much contact with other expats. I know that Democrats Abroad (a political organization for American expats) hosts events in several of the surrounding cities but I haven’t heard of any active expat groups in my city.

I like the proximity of both city and country, the public transportation, the easy access to neighboring countries, the security that comes from the affordable health care system, the coffee and cafe culture and the affordability of healthy food. I’m also incredibly grateful for the educational opportunities available to me here that I wouldn’t have had in the US, where education is prohibitively expensive.

Even after three years I still can’t get over some of the smallest differences between the US and Germany, like the shape and size of the pillows and the lack of screens on the windows. (I just wrote a blog post about some of these things, which you can read here). But more importantly, I really dislike being so far away from my family. It’s incredibly frustrating that I have to limit my family visits due to the cost of air travel.

It’s a hard difference to quantify, but the entire political environment is really different here, both in how the government itself functions and in how people talk about it. This is especially evident during elections. In the US the election season is much longer, the debates are much more heated and people become much more divided and polarized than in Germany. Germany has a variety of political parties to choose from, not just two major ones like in the US, and those parties campaign in much more understated ways. In the US elections are mainly about the character and popularity of the individual politicians, whereas in Germany elections are more about the values of the party and less about the individuals representing it.

Germans tend to be less reactionary about their political views than Americans and can have political conversations with people of differing viewpoints without feeling like their identity is being attacked, something that is becoming increasingly difficult in the US where political affiliation (or lack thereof) is often a key part of people’s identities.

My first piece of advice would be: don’t let fear stop you! If I can do it, anyone can.

My next, more practical piece of advice would be to learn German as early and as quickly as possible. If you come from outside the EU and are not a refugee the German language classes can be expensive, but German classes are plentiful in almost every city and they are really worth taking advantage of. Although it is possible to get by in Germany with English, not everyone speaks it (or speaks it well) and EVERYTHING will be easier if you can speak at least some German.

My final piece of advice would be to reach out to other expats, especially in the beginning. They will understand your homesickness and the struggles that go along with moving to another country and can offer advice on how to make your transition as smooth as possible. People can make or break an expat experience, and nothing breaks it faster than loneliness, so get out there and meet people.

I plan to finish my master’s degree, hopefully in the next year, and then find a job as a technical translator in Hamburg (where my boyfriend lives). I would like to work in Germany for a few years and then see what I feel like doing. I’m not sure if or when my plans will bring me permanently (or semi-permanently) back to the US, but I’m not dismissing it as an option. I would also like to spend some time in the UK and Ireland, although I’m not sure yet what form that will take (working, living, traveling) or for how long.

You can keep up to date with Danielle's adventures in Germany on her blog, So Long USA!