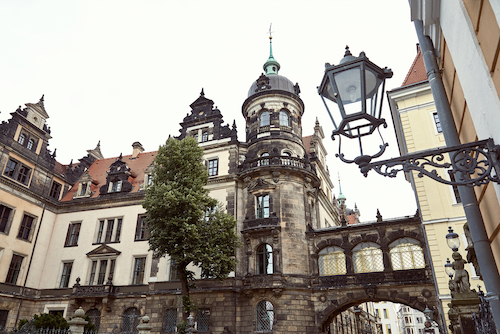 Moving to a new country can be fraught with challenges and emotion, particularly when it comes to finding somewhere to live that meets your needs whilst also falling within budget. Here, we focus on how to go about renting a property in Germany.

When moving to a new country, you will often find that a clear majority of local people either rent or own their homes.However, in Germany, the results are more equal, with a just under half of the population currently renting. Families moving to Germany may need to compromise on living space as there are many more bijou apartments on offer than large family homes, particularly in cities.

Should You Rent Or Buy Your Property?

Both house prices and rents in Germany have risen substantially in the past few years, a trend that shows no signs of slowing down. Expats are free to purchase property in the country without restrictions, which makes buying an attractive prospect for those intending to stay long enough to offset the associated costs.

However, renting is preferred by many native people and expats in Germany, particularly in rural areas, where prices tend to be lower. Munich has the highest rents, on average, trailed increasingly closely by Berlin and Stuttgart. Industrial cities such as Solingen and Oberhausen typically have cheaper rents.

Finding A Property To Rent

Properties in Germany are listed on estate agents’ websites, which can be a good place to start your search. Estate agent fees are covered by the person letting out the property, so you need not worry about them. You may decide, however, to pay an agent to assist in your quest for suitable accommodation. If you are travelling alone and looking for a bargain, a flat share may be a viable option, as this usually works out considerably cheaper than renting your own place.

Property advertisements in Germany tend to include the size of the living area in square metres, the number of bedrooms (Schlafzimmer) and bathrooms (Badezimmer) as well as the total number of rooms, energy rating and year of construction. The majority of properties will be let without any fixtures or fittings.

Once you have searched online advertisements for suitable properties and arranged some viewings, you can start applying for properties to rent. Since the property market in Germany is so competitive, it is wise to get all your documents and information in order before this stage, as this will help avoid disappointment at the final hurdle. You should be prepared to submit:

• An application form, which will usually be given to you during the viewing of a property
• Copies of your passport or other photographic identification as well as your residence permit, if you have one
• Proof of income
• A notice from your previous landlord stating that you have no outstanding rent due
• Your credit report.

If for any reason you are unable to supply one of these documents, you should state the reasons why on your application form. There are other ways to fulfil some of the requirements; for example, a letter from your employer in lieu of proof of income, or securing a guarantor if your income is less reliable than desired.

Most tenancies in Germany are unlimited, which gives renters plenty of protection; once a tenancy has started, the landlord is only able to end it by eviction via the courts or by giving at least three months’ notice. Similarly, rent increases must be justified unless stated otherwise in the tenancy agreement. Any tenant who wishes to end the tenancy agreement themselves must give notice according to their contract.

The area in which you choose to live will determine how much space you will get for your money. It is worth remembering that rooms in German properties are typically quite small, so always look at the square metres of the property rather than purely focusing on the number of rooms. Average rents in Germany are worked out as a cost per square metre, ranging from €4 per square metre in Wunsiedel to €16 in Munich.

Deposits (Kautions) are typically required and are often equal to three months’ rent, although they should not be more than this and they must be kept in a special account. Utility costs are not included in rental prices; details of whose responsibility these are should be included in the tenancy agreement. Properties are most often described as kaltmiete, which translates literally as ‘cold rent’, meaning that the space comes without heating. Conversely, a property described as warmmiete would include heating.

Moving In And Out

Before you move in, an inventory and inspection should take place, detailing exactly the condition of the property and any contents. Decorating is usually permitted, although tenants will be expected to return the property to its original state before they leave. Again, prior to moving out, a final inspection will most likely be undertaken by the landlord to ascertain whether any damage has been caused during the lease.

In recent years, continual hikes in rental prices, particularly in popular cities such as Berlin, have given landlords cause to want a change of tenant so they can lawfully increase the rent they charge. This has, unfortunately, led to some rather unscrupulous behaviour on the part of the landlord, including failure to adequately maintain the building in the hopes that the tenant will be forced to vacate.

In general terms, however, German law favours tenants, while any concerns can be raised to the Deutscher Mieterbund (National Tenants’ Association). A landlord has the power to evict for non-payment of rent after two months, although the eviction process is slow and may take as long as six months to complete. Rent increases should only occur once a year and only up to a maximum increase of 20% over three years.

Have you lived in Germany? Share your experiences in the comments below, or answer the questions here to be featured in an interview!