Home » Health » What Impact Might A No-Deal Brexit Have On The UK Healthcare System?

What Impact Might A No-Deal Brexit Have On The UK Healthcare System? 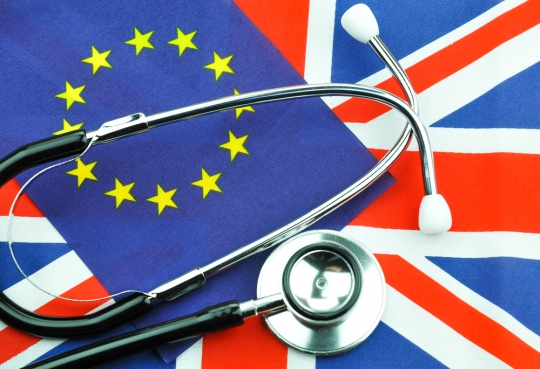 On the 29th of March 2017, the United Kingdom notified the European Council of its intention to leave the European Union, after the referendum vote on the 23rd of June 2016 produced a result which said that 51.9% of the UK population favoured leaving the EU.With promises of an easy Brexit, millions extra a week for the NHS, better trade deals and other such proverbial carrots dangled in the faces of the population, some voters were convinced by the leave argument and so voted for change.

Thus, the EU divorce began, and like a lot of divorces, things have not been easy. We are now facing the prospect of a no deal Brexit; but what does this really mean and what impact might a such a Brexit have on the already struggling UK health system?

A ‘no-deal Brexit’ means withdrawal from the EU with neither a withdrawal agreement (under article 50.2 of the treaty on European Union), nor an agreement on the future relationship between the UK and the EU.

Changes To The Immigration Health Surcharge

The Rt Hon Caroline Nokes MP, Minister of State for Immigration, has suggested the current costs of the Immigration Health Surcharge (IHS) may double from December 2018, and that those seeking to temporarily move to the UK from outside of the EEA for more than six months are set to face tougher decisions and hardships.

The IHS, which is currently £200 per person a year and £150 for students aged between 18-30, offers migrants access to the NHS. Ms Nokes has said that since the increase will contribute to the long-term stability of the NHS and reflects the rising costs of healthcare, she sees it as a necessary and fair contribution for those that wish to live in the UK temporarily. Relocate Magazine quoted Ms Nokes as saying: ‘the NHS is a national not international health service’. The increase is forecast to raise an additional £200 million a year for the NHS. Those who have relocated permanently are not required to pay the surcharge.

Currently, with the UK still part of the EU, those relocating to or from an EEA country or Swiss residency are able to access free or reduced health services using the European Health Insurance Card (EHIC). With a No Deal Brexit, the UK would no longer be entitled to either access or provide this service, meaning that from 11pm on Friday the 29th March 2019, anyone entering the UK to live temporarily for more than six months will be subject to the new, inflated costs of the IHS, which work out to be £400 per person a year or £300 for students aged between 18-30.

While this increase may seem to “better reflect the cost to the NHS of treating those who pay the surcharge”, as suggested by the Home Office, this huge jump in charges for the IHS in conjunction with the UK leaving the EU and becoming a Third Country – that is, a country which is not part of the Union – may have a negative effect on the NHS in other ways.

Currently, the NHS is facing huge staff shortages, with 41,000 nurse vacancies in England alone. The UK relies heavily on doctors and nurses from all over the world to provide their expertise and help plug some of the vacancy holes by becoming part of a team already working at full capacity under extremely stressful conditions. Around 144,000 out of 1.2 million NHS staff identify their nationality as non-British.

Using the proposed new surcharge value of £400 per person a year, a family of four will be charged £1600 a year so that they are able to access medical services provided by the NHS. The surcharge must be paid to cover the entire period of one’s visa and immigration application, so if your family visa is valid for five years, you would have to pay £8,000 up front, all before you have even got here, set up home and started working.

Due to this surcharge increase, some people from outside the EEA may have to leave family members behind or send people back home. Of course, other people may choose not to come to the UK at all. If people from the EU do decide to stay away from the UK, the NHS will take the biggest hit.

Within the NHS, 9.7 percent of doctors, 6.8 percent of all nurses and 5.6 percent of scientific, therapeutic and technical staff are from other EU countries. Tom Sandford, the director of the Royal College of Nursing, is on record as saying:

“Make no mistake: overseas staff keep the NHS running; the government should be thanking them, not doubling the price of admission. We call on the Home Office to waive this policy for non-EEA nursing staff immediately.”

Representing the British Medical Association, Dr Chaand Nagpaul said: “This policy will do nothing but further penalise international doctors who are choosing to work in an understaffed, underfunded and under-resourced NHS. We would like to see doctors exempt from this charge.”

Nobody really knows exactly what a No Deal Brexit would look like – and of course, a deal may yet be negotiated – but many UK citizens are feeling unhappy with what they see as broken promises made by the leave side. Some campaigners are demanding a new vote on whether or not the UK really should leave the EU. However, Prime Minister Theresa May has made it clear that Brexit means Brexit, and as she heads to Brussels to continue hashing out the future relationship between the UK and EU, the population holds its breath, hoping for a deal.