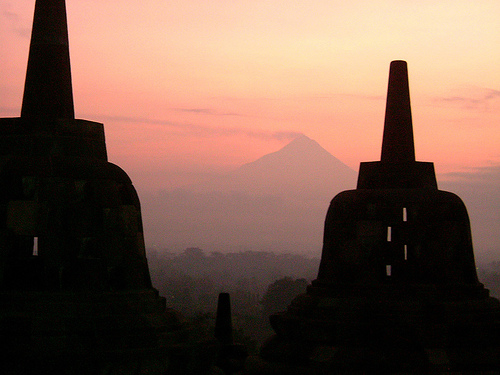 Indonesia, the world’s largest archipelago, consists of 18,110 islands, out of which 6,000 are inhabited. The country’s population stands at 240 million, making it the fourth most populous nation in the world. Indonesia is a culturally diverse place, filled with numerous ethnic groups with their own unique languages, customs and beliefs. At times, this can lead to unfamiliarity and separateness. But it also serves as the country’s greatest strength since it brings people and cultures together.Foreigners may know Indonesia as a paradise of stunning beaches and incredible natural landscapes. While this is true, the country also experiences its share of challenges. Here are five lesser-known things about life in this island nation.

Inequality is rampant in Indonesian society. Among all the developing countries of the world, the gap between the rich and poor in Indonesia’s society is one of the widest. The country has seen economic growth due to a commodity boom and exports of its resources such as palm oil and coal have increased. But the profits of such growth have benefited only the rich. Social inequality could also be a consequence of the rapid development that has occurred in the urban areas, such as in the capital city of Jakarta. But expats who will be living or visiting areas beyond the cities may witness this social inequality even in the small districts and provinces. Expats may have to brace themselves for sometimes shocking signs of social inequality and poverty in Indonesia.

Indonesia is often called the tourist’s delight because of the sheer diversity of places to visit and things to do. Tourism is also an integral part of the nation’s economy. But beyond the luxury hotels and upscale resorts lies another side of Indonesia, where sanitation is poor and stomach ailments are commonplace. Expats are often prone to gastrointestinal problems, especially in the initial days of living in Indonesia. A large section of the population doesn’t have access to proper drinking water and sanitation. It is not safe for expats to consume tap water and they should also exercise caution when consuming food, especially street food. At home too, expats should avoid using tap water for cooking purposes. Bottled water is easily available and cheap, and is the best option for drinking, cooking and brushing teeth.

Within Indonesia, there is of course a disparity in living costs between the cities and the rural areas. Among the cities, Jakarta tends to have a higher cost of living than any other. However, on the whole, the cost of living in Indonesia is low compared to most western countries. While expats from western countries may find the reduced cost of living to be advantageous, they may be surprised by the high prices of imported goods. Imports are of course expensive anywhere in the world, but in Indonesia, there isn’t always a high quality local option, and as a result, many expats prefer to buy a few specific imports that are important to them. All types of imported goods, ranging from food items to electrical goods, are expensive in Indonesia. Alcohol is the most highly priced among imported goods, and due to strict laws, it is also difficult to purchase.

One of the most exasperating experiences that expats have to face in Indonesia is dealing with the bureaucracy. It can take a long time and a great deal of paperwork to simply obtain a visa or work permit. The process tends to become even more frustrating because the visa requirements also change frequently. Even locals have to deal with the country’s convoluted bureaucracy, which is considered to be a major obstacle to Indonesia’s economic growth and business potential.

While Indonesia often bears the reputation of being an exciting tourist destination, it also viewed by many foreigners as a conservative country due to the amount of religious influence on everyday life. There are social and religious local customs that foreigners are expected to respect, and adjusting to this new way of life may take some time. But Indonesia is full of contrasts, and expats will be happy to know that it also has a vibrant nightlife and entertainment scene. Here expats will encounter a modern, lively aspect of Indonesian society. Jakarta especially is known for its music scene, film festivals, and other entertainment events. Eating out is also a delight in Indonesia because of the variety of local and international eateries.