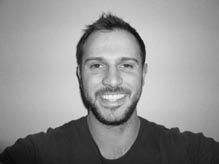 The numbers may be falling, slightly, but hundreds of thousands of UK citizens decide to emigrate abroad each year, driven by the promise of better employment opportunities or lifestyles overseas.

With the UK economy stuttering and a number of emerging economies booming the attraction to move abroad is probably as strong as it has ever been. However emigration remains a big decision and many agonise over the pro’s and con’s for months and years before making the big decision.

As well as the vital choice of destination, the complexity of the visa system in a potential country is a major consideration for anyone looking to emigrate. Most countries offer a range of visas to foreigners to allow them to live and work in the country for a period of time.Most countries offer temporary visas based on either business or investor status. These will require you to establish that you are self-funding and looking to invest in the local economy by starting a business, or that you already have a job offer in that country. Temporary visas vary in length from country to country, but can be as short as two years.

Permanent visas are generally only possible if you have sponsorship either from a company or from family already living in the destination country. Permanent visas are sometimes available for highly skilled migrants, although you will usually have to qualify via a points system.

Visa applications are frequently refused for a variety of reasons. It may be that you fail to prove that you have sufficient funds to support you during your stay in the destination country. The most common reason, however, is failing to meet a points or qualification requirement for a skilled migrant visa. Other reasons for refusal include previous criminal convictions and poor health. Most systems will hear appeals, so don’t be disheartened before discussing your case with a migration lawyer.

Another major consideration for emigrating citizens is the ability to buy property in the destination country. This is well worth investigating in advance of deciding to emigrate as it can have a big impact on your ability to settle in to your new life.

An important consideration is whether your particular destination country has any restrictions on the ability for foreign nationals to buy property. For example, Australia only allows foreign citizens to buy brand new property ‘off plan’, whereas the USA has no restrictions at all. Some countries like New Zealand allow foreign ownership but require permission to be sought for purchases over $10m, for coastal properties or for properties with more than five hectares of land. Other countries, like Thailand, will allow you to buy a property but not land, preventing you from building your own property. The main message is check the legal status for foreign ownership of property in your host destination with your emigration lawyer well in advance of moving.

Another major consideration for anyone looking to move abroad is the provision of essential services like healthcare. This is particularly pertinent for families and those looking to emigrate to enjoy their retirement abroad.

For those emigrating to EU countries, healthcare is provided in accordance with various EU treaties. You can use your European Health Insurance Card to access healthcare for up to five years. You are entitled to care in most countries, but should be aware that standards of healthcare do vary, and it may therefore be better to emigrate with good health insurance.

Healthcare provision outside the EU is very varied. Many countries offer basic care and emergency care for free or for a low charge. Almost all countries offer a mixed system of either subsidized care or fully private healthcare paid by insurance, which is the system operated in the US for example. In some countries, like Australia and Canada, your publically funded Medicare covers some of the cost of treatment and you top up the remainder through your own funds or insurance.

Pensions are an important consideration for any expat. Even if not immediately considering retirement, if the plan to emigrate is a long term or even permanent one, then retirement will be on or just beyond the horizon.

The UK allows contributors to National Insurance the ability to draw a pension overseas. In many cases this amount includes any annual ‘cost-of-living’ increases. However for those emigrating to popular former Commonwealth destinations, including Australia, Canada and New Zealand, the pension is frozen the year you leave. This can mean you lose a significant amount from your pension over time.

In some cases you may also be allowed to transfer a UK pension overseas, so long as the foreign scheme you wish to invest in is recognised by Her Majesty’s Revenue and Customs as a Qualifying Recognised Overseas Pension Scheme (QROPS).

Nick Branch received his LLB from the University of the West of England in 2004, he then went to work as a director of 2 property-related businesses. Nick is now studying to become a doctor on the fast-track graduate entry medicine course at King's College London and is a regular contributor for Solicitor Directory on law topics.