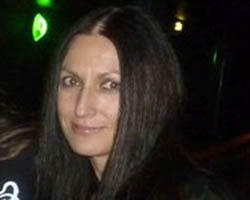 Gabrielle, can you tell us something about your background and what prompted you to write "Buying Property in Portugal"?

I was born in London and attended Nonsuch High School for Girls in Cheam. Being a rather free-spirited person, and finding the constraints and curriculum of an all girls grammar school a bit too much, I left at 16 to start a job in structural engineering in London. However, I later returned to academic life and studied Sports Science at university to post-graduate level.During this time I also became a top class runner, gaining an Athletics National Championship (AAA) medal in the 3000m and various vests for road and track. I also spent time as a part-time teacher and coach, and worked in a specialist running shop in Brighton.

Unfortunately, due to an Achilles tendon injury I decided to retire from athletics and with my running career behind me I travelled about for a while pursuing other interests.

My parents moved to Portugal in 2000 and so I found myself spending more and more time there. Having already dabbled with French and Spanish, and some Italian, I soon picked up a working knowledge of Portuguese, and began to get involved in helping non-Portuguese-speaking expatriates with bureaucracy and property purchase issues. While many people’s property purchases had gone through smoothly with no hiccups there were a sizeable number whose purchases had not. Problems ranged from the very minor to nightmarish! I started writing about the pitfalls on several internet forums and a few people encouraged me to write a book to pass on the knowledge I had gained, so eventually I did just that.

The first edition of "Buying Property in Portugal" was published in 2007 – what was the process of writing the book like and how was it received?

My first edition took me about three months. Helping people and writing on internet forums meant that I had done a lot of research and fact finding and so I already had a draft outline of what I wanted to include. It just meant expanding on that and putting it into an easy to read format. As an ex-athlete I don’t find motivation and focus too difficult. I just get my head down. I am quite tenacious and rarely give up on something once I have started it. I think I locked myself away for a few weeks and lived on egg and bacon sandwiches. The book was very well received, and I had a lot of good feedback and support, which was much appreciated.

What new information is included in the second edition?

I have expanded on the regions’ section quite a bit and updated website links and information, and rules and regulations, as well as expanded on and added in things that I have found out since the first edition. This is not always an easy task for a country like Portugal where things change so frequently and where there are often different local and regional interpretations of rules. I have done my very best to make it as up to date and relevant as possible but even when minor changes occur I think that people should at least have a very good idea as to what they should be looking out for and checking on.

What is the most common mistake expats make when buying property in Portugal?

Being too trusting and believing everything they are told without doing their own checks and research.

If you were to give one piece of advice to our members regarding purchasing property in Portugal, what would it be?

To do their own checks and research alongside their legal advice, and to take their time and not rush into things until they are completely satisfied with everything.

I have another book due out later this summer called, “Great British Marathon Running Legends” and then some plans to write some other titles. I have a part-time job, which it would be nice to give up if things take off more on the writing front. I’d also like to get back to doing some more travelling. I love living in London and adore city life but having a log cabin near a lake in Scandinavia or Canada would also be a dream come true.

What do you do to relax?

I swim and go to the gym/lift weights, drink wine and chat to friends, and attend metal and rock gigs. I am a big doom metal fan. I also like reading and viewing stuff about quantum physics (yes, you read that right) and self-development and the power of the mind.