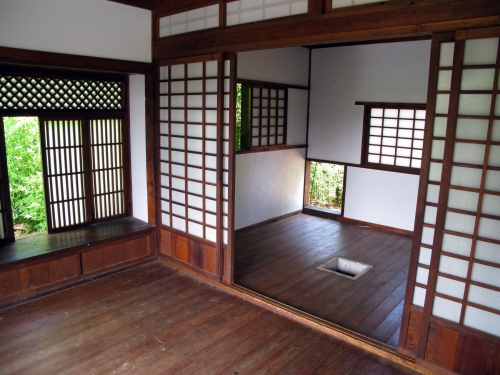 The religious atmosphere in South Korea is rather complicated, and is also surprising to most expats. Contrary to what many expect, indigenous or traditional local religious beliefs do not account for the majority of the population’s religious affiliations. Instead, the largest religious groups are followers of what can be considered to be religious imports, in a sense – Buddhism, Protestantism, and Roman Catholicism. In fact, when you combine Protestants (18.3%) and Roman Catholics (10.9%), the Christian population turns out to be the largest, at 29.2%, compared to the Buddhist population of 22.8%, as per the 2005 census. However, according to the same count, the largest group is actually people with “no formal religion”, although this doesn’t quite mean what it would in most other countries.Some observers say that the Korean census fails to count and properly identify people who believe in Korean shamanism and other shamanic religions, as well as those who follow Confucianism, which a one time was the dominant religion in the country.

• Buddhism: Buddhism came to Korea in the 4th century via China, and gradually became very popular and influential. However, from around the 14th century, till relatively recently, in the early 20th century, Buddhism declined due to its suppression as part of the Joseon Dynasty’s promotion and support of Confucianism. Since the collapse of the dynasty however, Buddhism has seen a revival. There are numerous schools of Buddhism in the country, but the overarching is what is known as Korean Buddhism, a native adaptation and, some would say, refinement of the Buddhism that came into the country from outside. Right from the earliest days, Korean Buddhist thinkers tried to resolve what they felt were inconsistencies in Buddhist thought. This resulted in a unique type of Buddhism that eventually became influential in other parts of the world too. There is also Won Buddhism, a more recent development, which tries to simplify and adapt Buddhist thought to the modern context, and to make it accessible to any individual.

• Christianity: Protestantism and Roman Catholicism are the two main sects in Korea, with Catholicism going back several centuries and Protestantism being introduced a little more than a century ago. In addition, there are small populations belonging to Orthodox Christianity and to Mormonism. The latter was introduced as recently as the 1950s, when Kim Ho Jik, who held the post of Vice Minister of Education, among other government roles, converted to Mormonism while studying in the United States. At times, Christianity has been supported and encouraged by the local rulers, and at other times, it has been suppressed. When Korea Split into North and South, many Christians from North Korea fled to South Korea to escape persecution. As with Christianity in most parts of the world, South Korean Christian practices include some indigenous traditions such as ancestor worship.

• Korean shamanism: Over the years, local shamanic religions have been suppressed by the state and society, depending on which religious group was most powerful and influential. However, many of these traditions and beliefs have persisted to this day, and are followed by a considerable percentage of the Korean population. There are a number of diverse communities under the umbrella of Korean shamanism, but like the other shamanic traditions in the region, they all typically have shamans or priests, a variety of nature gods and spirits, a complex mix of often shared myths, and rituals that often involve sacrifice, ancestor worship, divination, and concepts of purity.

• Other religions: Other smaller religious groups in South Korea include Confucians, Muslims, Unificationists, Hindus, and Jews, as well as atheists and agnostics. For a religion that once was incredibly dominant and influential in the region, Confucianism has a surprisingly small following today – less than half a percent of the population as per recent censuses. However, the influence of Confucianism extends beyond actual contemporary practitioners, and remains quite strong all over the country, to some extent on other religions, but even more so on South Korean life and culture in general.

For the most part, South Korea’s many religious groups coexist peacefully, and religious freedom is not only provided for in the country’s constitution, but is actively protected by the government, with many religious leaders also actively working to promote religious harmony.