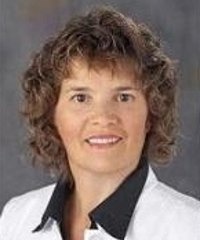 After living in Hong Kong for six years, we were ready for a change of pace with our move to Switzerland. Just as we had done in Asia, we wanted to take advantage of this once-in-a-lifetime opportunity. So we used every weekend and holiday to explore.

We took a long drive down through France, stopping in Provence, Grasse (perfume capital), Nice, Cannes, then on to Genoa, San Remo, and Rome Italy, soaking up history, culture, and Rivieran rays. We made several trips to London and Paris. My husband and the boys drove the Nurburgring in Germany—at 125 mph! And we visited many smaller cities in Switzerland and France, especially enjoying festivals; it seemed there was usually one every weekend. We ended up staying in Switzerland for only eleven months, and packed in as much exploration as we could. But it was a blink of an eye.Many of our activities as expats involved simply making Switzerland our home, just as we had done in Hong Kong. We needed to have regular routines to keep life normal.

Liz, our dancer, easily found dance classes in a lovely studio in a 400-year-old building overlooking the Rhone River. It was founded by Balanchine himself, so the dance instruction was superb. Even better, from a long-term perspective, was that everything was in French, so Liz had the immersion that brought her to fluency, so much so that she could successfully explain to the bus driver that he had to help her recover the cell phone she had left in France after one dance class.

She also had the opportunity to join a community of English-speaking expats in GAOS, the Geneva Amateur Operatic Society, “the largest amateur theatre group in continental Europe,” which just celebrated its 40th anniversary in 2012. We all enjoyed watching her—and some of our business colleagues—in “Me and My Girl.”

Chris was happy to find winter fun. Instead of the pole-obstructed ice rink he had played hockey on in Hong Kong, he skated on real rinks, some outdoors. He too learned French, but his very loud, very critical coach taught him a number of words that weren’t appropriate in good company. He found it ironic that when the big, tough hockey players took a break between periods, they sipped hot tea.

His real love was the ski team. Where did he ski? The Alps! Who would have imagined that this kid who learned to ski in Rochester NY on the 58-foot vertical drop of Powder Mills Park would one day be spending every Saturday mastering the best ski slopes in the world? After this opportunity, it shouldn’t have surprised us when he spent all his free time during college working at a ski hill.

I liked the tranquility of our tiny village of Cologny. We lived near a golf course that butted up to a quiet residential area. One of my favorite activities was learning French while walking around the perimeter. I found that I could walk and read at the same time. I read a paragraph in French in one book and then checked my interpretation with an English copy of the same book—much easier than using a dictionary. I’d like to say that I made it through Victor Hugo’s Les Miserables, but that would be a big stretch. I did, however, read Le Journal de Bridget Jones this way. That’s why I understood some of the inappropriate words Chris was picking up from his hockey coach.

I also liked biking to France. Stores were closed in Geneva on Sunday. When my husband had the car and we needed groceries, it was a beautiful 13-kilometer ride to Douvaine where I could stock up with as much as I could pack back. (At least I never had to worry that my load was more than la douane would allow! See an earlier story on my harrowing customs experience.) The ride through the countryside, past a pig farm and vineyards, on a ridge overlooking the lake, was gorgeous—very relaxing before going back to work the next day.

Our other Sunday treat was going to the farmer’s market. I have been seeking out farmer’s markets here in the US and haven’t found one that comes close to our experiences in Switzerland. Our favorite was in Collonges-sous-Salève. These were real local farmers selling their bounteous seasonal crops. The olive vendor had huge vats with 20 different varieties. The cheeseman was our best friend. We asked for un goût, a taste, of one cheese after another and went home each week with as much as the duty limits allowed—or more. Sometimes we went overboard; we had pumpkin soup three different ways after one visit.

I should mention chocolate as well. In our US grocery stores we have a very long aisle that is nothing but soda. In Switzerland, it’s a very long aisle full of chocolate. And the chocolate wasn’t ordered so much by brand, but instead by % cocoa. There would be large sections of 66%, 72%, etc. Pat liked milk to high 60%s, Liz and my husband liked 72% to 74%, and Chris and I liked 76% to 78%. Here in the States, Hershey Special Dark just doesn’t cut it. Needless to say we brought back a chocolate stash when we moved back to New York, but that has long since run out. We miss our chocolate.

When we first heard we were moving overseas our kids got tired of hearing everyone say, “what a great opportunity!” They had the exact opposite expectations and fears. At the end of our seven years abroad, they had mostly good experiences to reflect upon and agreed that it had given them many great opportunities. Of course the trips to London and skiing the Alps were fantastic, but sometimes it was just the little things like being understood in a foreign language…and chocolate.