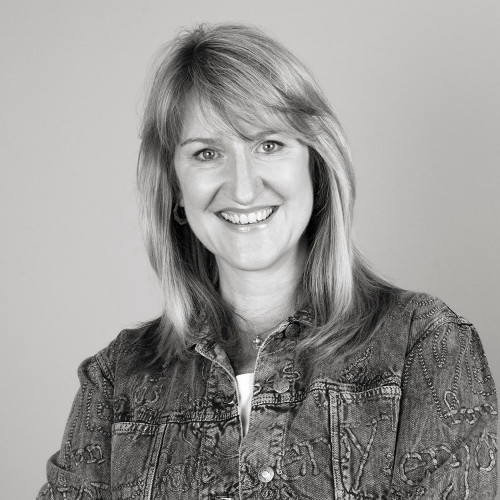 Toni, tell us a bit about yourself and how you came to be an expat.

I am a Brit, born in the north east of England, who has lived in the USA (mainly Chicago) for twenty five years. I studied Law at the University of Bristol before working in London, which is where I met a tall American…… Silver anniversary and three children later, I am now a writer, blogger and founder of a charity that supports a school in Ghana.You're originally from the UK but now live in the USA. Lots of people assume that if two countries share a common language, the cultures must also be very similar; has this been your experience? If not, what surprised you the most about your new home?

Obviously, a Brit can settle here without having to learn a “foreign” language, but there are a lot of differences that take us by surprise. We usually know the lift/elevator and hood/bonnet differences, but not that a pavement in the UK is the sidewalk whereas in the USA it’s usually the road. Being directed to “stand on the pavement” can have life or death consequences depending on your knowledge of the language! Brits also assume, because of the amount of American TV we watch, that we will be more at home that we often are at first. There are quite a lot of cultural differences, which are hard to generalise about since they are different in different parts of the USA.

I think the biggest surprise for me is the difference in our political outlook. In the UK we are more used to the government over-seeing matters at a national level; this is not the same in the USA. Yes, there is a federal government which handles national issues and regulations but many laws are only applicable at a state level and that’s usually how people want it to remain. A lot of the political campaigns at the moment are being run almost as an anti-government platform; not just a specific political party, but any “big” government at all.

Your book, Rules, Britannia, is available to buy on Amazon. Tell us a bit about the book and its intended audience.

The book came out in 2006 so there have been a few technological developments since then, but most of its content is still relevant. It is intended for Americans visiting or relocating to the UK and is like a “What to Expect” on being there. There are separate chapters for topics like schools, shopping, homes, language, weddings, and manners, to name a few. It’s written in a light-hearted but informative tone as my intent was to reduce the stress many people feel when making a move overseas. It has received great reviews which I’m obviously happy about.

I also wrote The Stress-Free Guide to Studying in the States; a Step-by-Step Plan for International Students which came out in 2013. It is a detailed book for non-Americans who are thinking of studying in the USA. It covers everything from the wider questions students should ask themselves to how to choose colleges, how to submit the rather overwhelming applications, what to do when colleges get back to you, how to obtain a student visa and what to do when you arrive on campus.

Do you have any tips for people who want to write a book of their own?

I only really know about non-fiction but my main tip would be to sit down and start writing, or at least map out your idea in some detail. The amount of people I know who “have a book in their head” never ceases to amaze me. There is probably no difference between me and other would-be writers out there in terms of talent, I just bit the bullet one day and started pitching agents with my proposal.

On a more technical level though, for a NF book you must do some research before pitching it and your pitch must contain a detailed proposal. Study the market and make sure that if there are similar books out there, yours is different and there is an audience. Publishing is a business and no one will take on an author that might not sell. Even if you’re planning to self publish, you should not only research how to do that, but how your book might sell. It’s a tough business.

You also blog over at Expat Mum. What are the main differences between writing online content and writing a book?

I write two types of online content – one is my blog, which is usually quite humorous and always my own opinion, and the other is usually more serious – mainly Expat Focus, BBC America or the Wall Street Journal Expat site. Although I’m not a journalist, I have to behave like one when it comes to sourcing and citing the information I post about on those web sites. Writing a NF book is quite similar to that; you can’t just put down what you think, it has to be based in fact and you have to use words like “usually”, “typically” and “most” so that you don’t get caught out. My second book (about American colleges) was particularly demanding as this is a reference book for people wanting to do something potentially life-changing. I had it fact-checked by several people in the business as well as having it edited to the nth degree by Jane Dean, my editor at Summertime Publishing.

In terms of time and effort, a book is on another level altogether. While in the writing stage, it becomes all consuming (or it should) and then once it’s out there, you have to put in an awful lot of time reaching an audience. With online content, no matter how much effort I put into an individual piece, it has a much shorter lifespan and I can move on to my next idea.

What is your favourite thing about living in America?

I like the “can-do” attitude as I find that Brits (including me) are a bit “glass half empty” and give you a “Yes, but…..” response to suggestions more than Americans. I also like having more of a guaranteed summer in the USA…….

If you could give one piece of advice to people who are considering their first move abroad, what would it be?

Do your research. A lot of people don’t really have a choice in where they are moving, but if you do, read the good and the bad. It might be a great place to go on vacation, but once you have to commute to work, get the kids to school, start again on the friends front etc. it’s not always easy. If you are close to your family, you should also consider being separated from them. Will you be able to afford annual trips back home? What would you do if you felt you couldn’t settle abroad? I have written before on Expat Focus about people who find themselves trapped abroad for various reasons. Just find out as much as you can about the country and the more specific region or city.

Finally, what do you like to do in your spare time?

I am trying to do more of the “spare time” thing at the moment. Even with only one child still at school I never seem to have the time to do everything, so I’m making myself sit down from time to time and watch something fun on Nettflix or Amazon Prime instead of always staying ahead of current events. I love to read, and I’m also quite crafty. I have two knitting projects waiting, I want to learn how to make jewelry, I have a bed headboard that I’m almost finished making and I’ve just sanded down some bathroom cabinets that I want to repaint!

You can keep up to date with Toni's adventures on her blog, Expat Mum, and buy copies of her books here.