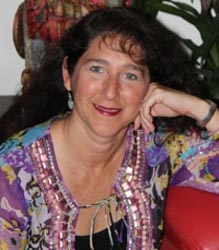 I’ve always been a smiley person. Not much gets me down and there are loads of simple every day things that make me smile – a dragonfly floating by, a spectacular sunset, baby birds being born outside my window… that kind of thing. It may sound simple but that’s just me. I find that attitude has served me well as we’ve travelled and moved abroad and it can only help no matter how dire a situation you find yourself in. It’s like the ‘you get more bees with honey’ philosophy and I’ve lived by it all my life.

The Origin of the Smile

However, my smile has been wavering ever so slightly lately as I learn how to translate the ‘smile and nod’ of different cultures. I was thinking long and hard about this recently and contemplating the origin of the smile.I couldn’t help but conjure up an image of a cave baby with gas.

Fast forward to the here and now and picture the smile and nod that often accompanies any stilted conversation between two people without a common language. Just like the baby with the gas bubble, we often come to the erroneous conclusion that the smile means all is well. This sometimes just isn’t the case, as we all know when that baby’s smile turns into a squawk. The problem is, in intercultural communications, when all is not well, the smile just gets wider and often means ‘I have not the faintest idea what you’re saying but I’ll make a wild guess at what you need and hope for a mutually agreeable outcome. In many Asian cultures I’ve learned that a smile is often hiding confusion, anger or embarrassment.

Many conversations come to mind where I’m having a lovely chat with a local and there’s a lot of smiling and nodding so I’m pretty sure I got my message across. Most times it turns out fine. Even if I get prawns instead of chicken in my Pad Thai, I’m not too bothered by that, but there are times there’s something a little more sinister lurking behind that smile.

Like the day we brought my locked iPhone to a little shop in Phuket that sold and repaired mobile phones. I know…silly me for buying it in the first place and expecting to be able to switch SIM cards overseas, right? The guy we bought it from on eBay assured us it was unlocked… not so.

Lesson learned. So… back to my story

My husband asked the lady in the shop if they would be able to unlock it and there was a lot of smiling and nodding and when he asked how much it would cost, she punched a number into a big square calculator with huge numbers, which is what all the merchants use to show a price to us ‘farang’ (foreigners). The screen showed 4,000 baht and my husband agreed to go ahead for that price (or so he thought).

We waited… and waited until finally a call came two weeks later and the lady said, “Can do…7,000 baht”. We went back to the store and tried to politely remind her that we had been told 4,000 and she should honour that price. She smiled and nodded and said, “7,000 baht”. We explained to her that we lived in town and would probably use her services more often if they did a good job. She smiled, nodded and said, “7,000 baht.” No amount of cajoling and debating would make her budge. She seemingly agreed with our plight but explained (I think) that her sister had given us the wrong price. Ah… the truth finally comes out. That’s what the smile and nod was hiding.

By this point, my smile had all but faded. We thanked her for her time and said no thanks, could we have the phone back. She handed it over and said, “200 baht please.” What for, you ask? That’s what she paid the courier guy to take it to someone else to give her a quote to fix it. We attempted to convince her that we shouldn’t have to pay for her to get a quote on something for which she had already given us a price. She continued to smile and nod with her hand held out… “200 baht please,” was all she kept saying, with her smile still firmly in place. We paid and left.

I can’t really blame her. I’m in her country, right? We are here for the long-term so it’s probably time to put an effort into learning the language. A smile can only go so far.