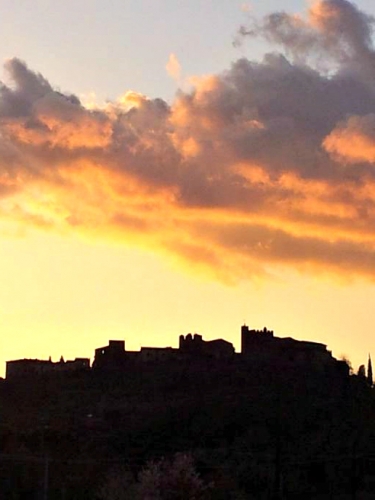 Benvenuti to my monthly column from beautiful Tuscany.

If you follow this column you will know that each month I send you a potted history of the previous one, in this case March.

Every month brings new and exciting discoveries in our little bit of Chianti and March brought with it one of the highlights of the year. I was in the farmacia (chemist) in Fiano and bumped into our local world famous sculptor, Roberto Manetti.He was in a particularly good mood, grabbed my hand and invited me and my man to visit his studio the following morning. So we rolled up to the piazza the next day and there he was waiting to take us to his hidden studios tucked halfway down a hill and completely hidden from the road. We would never have found it without him. 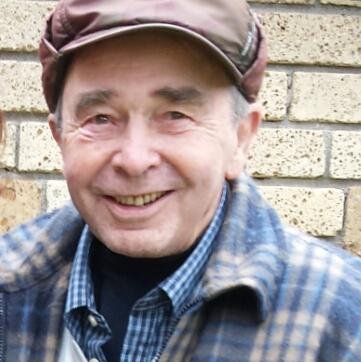 And what a fantastic surprise; after parking in a little fenced carpark on the edge of woodland we stepped into a clearing and behold, we were looking at the most amazing Art Deco type single story building. Roberto, who is now probably in his seventies, had built it himself purely for working in and producing his famous sculptures mainly in Pietra Serena stone. His showroom was stuffed with the most wonderful creations and he loves cats and dogs, which are tucked into most of his works. We have promised ourselves that when we have the funds, we will commission Roberto to create a likeness of our last dog Bosun. To visit the Studios you will need to telephone first and arrange a viewing on 0039 0571 669247. 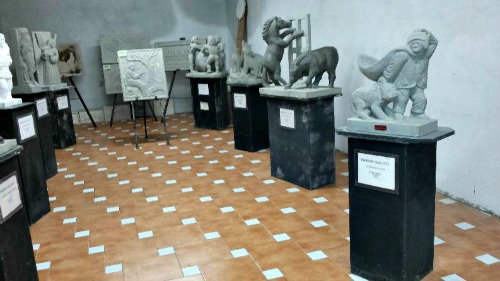 Well, it was difficult to follow that visit with anything better, but Tuscany has a way of suddenly overwhelming one with yet another wonderful feature and this time it was the most stunning sunset over Certaldo Alto, which is the old hill top town above Certaldo itself. I was on the way to collect my man from the station and the sky was aflame. So I have included a picture for you to enjoy.

Now, as you probably know, we do like to eat out at least twice a week and love the seasonal dishes available in March. My man was delighted to find Ribollita on the menu. This is a thick soup made with yesterday’s bread, beans and vegetables. Believe me it is a lot tastier than you think and very warming. Meanwhile, I ordered my favourite Wood Fire Grilled Vegetables, which I adore. Soon I’ll be able to order that oozy soft cheese Burratta to go with the veggies.

Come the last week in March, we were gearing to move out of the little villa to a much larger house just five minutes down the track. I am actually writing this column in my new studio, but that’s a story for next month! Why is it that every time we move we seem to have twice as much as last time? We had organised a lovely chap called Giuseppe, or Beppe for short, to assess the amount of stuff and rubbish the English couple had accumulated over donkey’s years, including an ancient upright piano. “Mmmm, this is a four man piano!” he stated, in Italian of course, and he would have to bring an extra man. But my man rose to his full height and volunteered himself, much to my horror. We have lost several friends over the years to slipped discs and torn muscles. And so it was agreed to move us on the 6th April.

So, exciting times were ahead and I will be able to bring you all up to date with our new home next month. If you are worried, please don’t be. We still have fantastic views and when Farty Barty the cat finally works out where he is supposed to be, everything will settle down nicely.