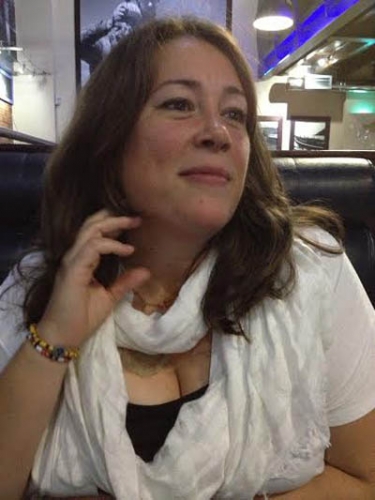 Whenever I want to visit a new country, I try to read a lot of books written by authors who are from there, lived there, or traveled the nation extensively.

Many travelers prepare for someplace new by picking up a guide or tourism brochure, or maybe browsing YouTube, or Google Images. These are great factual resources, and can have some appealing photographs, but the flavor I seek in a country isn’t usually found in a tourist brochure.I do view photographs of a place I’m traveling, but I try to just glimpse the highlights, and usually avoid all video, because I want to save myself some surprises.

Before any journey, I read books both for pleasure and research. I’m not picky on the material. I happily read through fiction, nonfiction, and poetry for inspiration.

My literary obsession has me planning a big South African road trip: from Grahamstown, to Kimberley, to the “banks of the great, grey-green, greasy, Limpopo river all set about with fever trees.” This quote is from the fictitious journey of one of Rudyard Kipling’s most beloved characters, The Elephant’s Child. When I was young, my mother read that story to me nightly, and I would never have imagined myself in the land from which it was taken.

In the years I’ve lived here, I’ve come to read original versions of the story, as told by South Africans. All versions have combined to inform a longer piece I’m working on, about the positive and negative legacy of this controversial writer who once lived and worked in South Africa, and what it means to travel while sharing space with those thoughts.

Of course I also have a more traditional tourist bucket list pertaining to cultural, natural, and historical landmarks:
Did some significant world event take place there? Check.
Am I going to lose my breath at the sight of X, Y, or Z? Check.
Will I witness a famous dance or ritual not done anywhere else? Check.
UNESCO heritage status? Super-check.

I wouldn’t want to miss something obvious like Stonehenge, or the Tower of London, or the beauty of the Bodleian Library in Oxford. But I would be most disappointed if I failed to stop at The Eagle and Child, or the Lamb and Flag, maybe enjoy a pint with the goal of getting lost in my imagination of those once-upon-a-time conversations that happened there, between C. S. Lewis and J. R. R. Tolkien.

Maybe being a literary junkie is inherited. In America’s Utah State, canyons and rock formations draw millions of tourists. Literally. A few years ago, they set a record high of 23.5 million tourists in a single year. Bryce, Zion and Arches are incredible views.

But not everyone goes for the scenery. I am not alone in my need to create a pilgrimage, of sorts, to a place once occupied by a writer I admire. Some people go in search of a living writer this way, for advice, or inspiration, or just to view the world as that author sees it, as close to the current timeframe of the writer’s work as possible.

In 1980, my grandfather drove across the country from Pennsylvania to Utah, wandering the desert in search of his one-time friend and inspiration, a writer named Edward Abbey. I don’t know what my grandfather discovered on that trip, because he passed away a short time later. I can only hope that he saw my favorite natural icon there—the one Abbey saw during his time as a ranger there—the eroding sandstone icon that will one day return to the desert floor, called Delicate Arch.

In South Africa, I have followed the markers of Jock of the Bushveld, making notes on Fitzpatrick in the same vein as his friend, Kipling. Though I am conflicted on the writer, I am never far from my love of the main character, a dog called Jock, whose life and death on the early trade routes there inspired the eponymous book.

Did you know J. R. R. Tolkien was born in South Africa? Tolkien fans might be sad to have come to South Africa to see The Kruger, climb Table Mountain, or wind their way up the Garden Route, and never know that inland lies the town of Bloemfontein. It is the place where Tolkien was born, a town that also saw Rudyard Kipling working at the newspaper.

So it goes with my journeys around South Africa. I have walked along part of Vilakazi Street in Soweto, wondering what was seen to inspire Miriam Tlali’s Amandla, or Niq Mhlongo’s Dog Eat Dog, and thinking about the writer for which the street was named, Benedict Wallet Vilakazi.

I have driven into the hills of Cry the Beloved Country, and gone wandering many times through Kruger National Park, imagining inhabiting the life of a game ranger’s wife, in Kobie Krüger’s All Things Wild and Wonderful or Mahlangeni. I have stood at Mandela’s capture site, and on the banks of the “great grey-green greasy” Limpopo River and seen the fever trees. (Those tiny yellow flowers during pollen season, I believe, create the “greasy” sheen.)

I explore South Africa’s scenic and historic places from the writings of Nelson Mandela and Dalene Matthee, of Krüger and Fitzpatrick, of Neville Alexander and Sir Lawrence Anthony. I am trying to feel the places and people who inspired Gordimer and Mathabane, Paton and Kunene.

We have less than two years remaining on this assignment, and I’ll do my best to spend it chasing a few more places that inspired the books I’m reading.

Have you ever read a book that makes you want to go to the place it is about, or the place that inspired it?