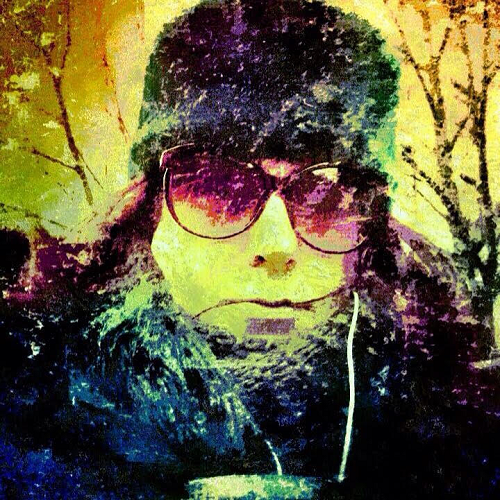 I’m what is known as a Cross-Cultural Kid who – at present – identifies as French-Hungarian-American, which as I keep saying, is just the tip of the iceberg. I’ve lived in too many places to list here. At present I’m back in Budapest but also spend time in Helsinki where I lived previously.When, where and how did you move abroad?

Which time? 😀 I’ve been on the road ever since I can remember, to the point where I can’t nail down a proper date for when I moved back here. I say “back,” because I lived here before, a few years ago, many years ago. I came back in May after having reconnected with a bunch of old friends and already knew before the plane left Helsinki that once I got back, I’d want to stay. Went back for a month, then back to Budapest in July, back again in September, and have been here for nearly two months.

Not so much a challenge as a very valuable piece of information to keep in mind. When you up sticks and leave and / or move, make sure that the people helping you really help you. Some take stress to a whole new level and will only make things worse.

Also, not so much during the move as now. I’m fluent in Hungarian, and I sound like someone who grew up here. Until I make that one little mistake and people think I’m putting on airs. I’ve had a lot of comments to that effect. If I care enough, I’ll explain straight away. The other thing is, I didn’t grow up with the cultural references. I don’t mean just missing a joke or a pun, but the way I express myself sometimes, which might make a simple question sound like a threat rather than a suggestion. I’ve become much more aware of it now for the simple reason that I’m kind of viewing myself from the outside since I’ve started really delving into the whole Cross-cultural Kid issue.

I’ve never considered myself an expat except when I was a teen living in Germany. And I tend to avoid the expat places and groups. My friends tend to be my friends based on shared interests not nationality / foreigner status, which sounds horrible, and I don’t mean to tar all expats with the same brush by any means. Also, keep in mind that for the term expat to apply, you have to feel connected to a country enough to consider yourself having moved away from there and – at some point – wanting to move back. In my case that really doesn’t apply, since I can’t choose. I tend to always get along much better with the locals than with the expats no matter where I am. Having said all that, Budapest draws a huge number of people from plenty of countries for plenty of reasons. The community is big enough for them to have their own bars and stomping grounds.

Reconnecting with family and friends. My closest friends are still my closest friends. It’s as though time stood still in a way. We’ve all racked up plenty of experience, and we sometimes didn’t keep in touch for years, but we literally picked up where we left off.

There are all the old memories, with friends and places we went to and hung out at. A lot of them have changed or are no more, but the streets are still there. Dropping a reference and knowing that your friends know.

Also, these people know me, they really know me, and they’ll always call me on my b.s. I can’t just avoid a question by lying or trying to sugarcoat things, they really force me to stay absolutely, 100% true to myself. They’ll call me out on it every time. I like the fact that I can reinvent myself every time I move, and I’ve gotten so good at it and so used to it that I really don’t even notice when I do it. But I also like that there’s a place where I have to be honest, confront the issues I might not like.

Finally, I speak the language. And let’s face it, Budapest is a beautiful city.

Being labeled an expat. Though I admit trying to find a name for people like us is really hard. Also, there’s a lot of (not-so-)subtle implication of one ethnicity being better than another where certain groups are expats but others are immigrants merely by their country of origin and skin color. I tend to use the label of expat for those who moved abroad for a while and sequester themselves, only hang out in their own little group and then complain about the place they’re at. Maybe I’m doing the same thing in reverse by labeling them, and saying that this is my experience of said group makes me just as prejudiced as I see them being. But for the most part with foreign friends, it’s Person’s Name and country of origin if people ask and if we’re looking for a common language. How long they’re staying, or what brought them here doesn’t really factor into the conversation.

I am actually half Hungarian, so this is a tough one to answer, but since I also claim France and America as home, here goes. Hungarians tend to opt for pessimism over optimism, as though if you show too much happiness, God or the Power(s) Above will punish you for it. I’ve slipped into that, too, at times. On the other hand, most of the time, I do have that American optimism, which used to drive some people I went to college with here crazy. I actually got told a few times that I was too happy, which I ignored.

People throw racial slurs around here way too liberally. I’m not saying no one is racist back home, it’s a huge problem the world over. But people here tend to unapologetically use the N word, sometimes even in a “positive” way e.g. “oh look at that cute little black girl.” Which really threw me for a loop when I first heard it. I get that for a lot of people the connotation is not (immediately) obvious, and since the history is different, they can’t appreciate the weight of the word, but it’s still no excuse. I lived in Finland for several years, and it was the same thing there, too. Also, in both countries they say Yankee for Americans, and I always want to fire back with, “why are you only talking about the northern states?” Both examples just strike me as very ill-educated, or doing it purely for shock value.

It’s extremely normal to live with your parents and expect help from your parents here. That’s true of other cultures as well, but I know more people who live with their parents here than anywhere else. In that regard I’m still very Hungarian, so it’s nice to be surrounded by that. Because of this, there is much more courtesy and especially respect for your elders.

On the other hand, the standards are different. Issues of abuse are not discussed as openly, though that might be outdated information from the time I wanted to be a social worker. There’s more mistrust towards the government and official institutions than in Finland.

It’s okay to be practically illiterate in the language of your passport country, no matter what people tell you. When you’re at the embassy, explain your case. It’ll make you feel better. But I would also like to urge other people to give us a pass. We already feel bad / stupid / idiotic enough that we can’t communicate in our “native” tongue as well as we’d like to, that we have setbacks you will never understand. Remember that the language you consider to be foreign is the one we consider our native tongue.

People will always try to label you, stick you in a box, because it’s convenient for them. Don’t let their close-mindedness and their own insecurities affect you. If they insist, know that they’re jerks. Sounds harsh, but I’ve dealt with too many of those to not care.

You can keep up to date with this cross-cultural kid's adventures on Helsinki-Budapest.