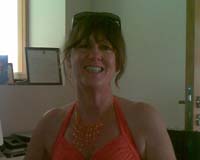 My name is Christine Morgan and I came to Portugal for a brief period over 30 years ago. I never left.

Why Portugal? At the time I had travelled widely and had also experienced living abroad (including on the island of Crete for about nine months prior to starting University- an unforgettable experience and worthy of another blog one day!) The one place in Southern Europe I had never visited was Portugal. Somehow I had always bypassed it. In the early 80’s jobs were scarce in the UK so after finishing my degree in English and French I did a TEFL course (Teaching English as a Foreign Language).

Teaching wasn’t a career choice but it did seem a sensible choice until I knew what I really wanted to do.Rather than returning to Manchester my hometown, I decided to give Portugal a try for a year or two when an opportunity arouse there with The British Council. I met my first husband and stayed.

Back in the early 80’s Portugal was very different from the place it is today. The revolution had been fairly recent and the predominant mentality in the little town I arrived in, Guimarães, was rural and provincial. Basic commodities such as fresh orange juice and bananas had to be bought in Spain, which was a few hours drive away. Being a vegetarian I had particular issues, as there wasn’t a vegetable in sight except for in the soup, even though the markets teemed with them. A sandwich was either cheese, cheese and ham or ham, no such thing as a lettuce leaf or slice of tomato. Most people I spoke to back then considered ham a vegetable! I soon had to believe them.

What a difference today. Guimarães is now considered a city; most of the fields and vineyards have been replaced by buildings and parks.

There are 2 huge shopping centres. Guimarães was the European capital of culture last year. Needless to say the cuisine has developed accordingly. Vegetables have started to make their mark.

One of my other main hurdles was forging a career for myself in what was, at the time, a male dominated society. My (then) husband and his family didn’t understand why I had to work. There are still traces of this macho mentality in the older generations although this too is changing. Nonetheless I had soon tired of teaching and started my own textile factory with a Brazilian girlfriend. I have always been interested in fashion with a passion (excuse the phrase). We created our own label “Coquetel” and sold collections to Makro, Feira Nova, Continente etc. Back then there were no “Zara” and “Mango “stores, the nearest to a chain store concept was “Maconde”. The whole textile process was a huge learning curve from understanding how to fill in a “guia” and managing salaries, to cutting garments (we would go in to cut Friday night and Saturday), buying fabrics, dyeing fabrics, costing and selling. Not to mention a crash course in the language. I got away with a lot being foreign but it was very tough to negotiate, as there were few women entrepreneurs.

When a job came up for British Fashion Company who had offices based in Guimarães in the early 90’s I was tailor made for the position. I had learned my textile a-z, I was here, I spoke the language. My career kicked off but sadly my marriage ended. From then on it was a natural progression to becoming Associate Director with Actif Group PLC to Production Manager in Portugal for Ted Baker PLC.

Meanwhile I started building my house. I acquired a piece of land as part of my divorce settlement and built my house over a number of years on a strict budget. I stayed in rented premises in the town centre during this time. Sometimes it astounds me that a group of 5 men managed to build something so amazing but I think I was quite lucky. I am quite sure that nowadays the whole process would be more complicated. When I met my present partner he had to bear the brunt of overseeing the work as I was always so busy flying off to the UK 4 or 5 times a year and working all hours here. The process was slow and gruelling. I even had to hand over a scaled plan of the exact measurements for each cupboard and drawer for our fitted kitchen. I would never do it again. If my husband hadn’t been constantly on top of things the walls would have been in the wrong place, the windows missing etc. If you try to do things on a budget, be prepared.

Once the house was ready I started to think more and more about retiring from the pressures of the corporate business world and do some writing which is something I have always wanted to pursue. Portugal is the perfect place. There are spots of exquisite beauty to be found here. In 2008 I decided to leave the fashion business for good and went back to teaching for the British Council (part time) and writing. You can see links to my written work on this site: about.me/christinemorgan (although I am currently revising my e book so it is temporarily off the smash words premium site). There are also links to my linked in profile and twitter accounts on this page.

There are a few ex pats in Guimarães including one close friend who studied at St Andrews with me. But I also have many dear Portuguese friends. These are my friends, not friends I have acquired through my husband. They are my dear “ya ya sisterhood” and keep me sane. The other thing that keeps me sane is the fabulous weather and the peaceful community. My parents followed me out here too and have retired happily on the coast about an hours drive away.

Since my mum is a great cook we have a proper British Christmas and Boxing Day with Christmas pudding, Christmas cake, turkey and roast ham, and Christmas crackers (which someone always manages to smuggle over). I think I would miss Christmas terribly if it wasn’t that way. My husband loves Christmas pudding and brandy sauce and once told his mum that English Christmas desserts were better than Portuguese ones! I am inclined to agree but would include desserts in general although I keep that to myself! I do get the best of both worlds though as I celebrate Christmas Eve Portuguese style with my husband and his family.

Being fluent in Portuguese is a huge plus for understanding and overcoming differences. On the other hand it does mean you can hear the endless conversations about illness (a national obsession) and football (although this may be an international obsession). My pet hate is Portuguese television and the fact that it is ALWAYS on wherever you go even in romantic restaurants! Fortunately I have my satellite dish and my treasured BBC. I love the light here, even in winter.

Guimarães today is a far cry from that dismal place I arrived in long years ago. My town (or city as the locals now prefer it call it) is not too small, not too big. It has everything. I would never move back to Britain, although visits are always fun. Boots is a first port of call and PG tips are a must buy. But I would miss the coffee here, the beaches, the sun and the wine.

What would I like to do in the future? Maybe own a little getaway in the Algarve just to escape those long rainy months in Guimarães in the winter and fraternise with more Brits. You can’t beat a British sense of humour.