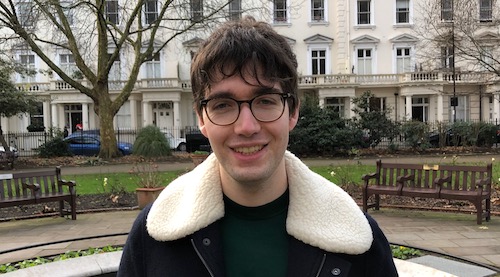 I am Benjamin Houy, a 26-year-old Frenchman living in London and founder of French Together, a blog I created to help American and British expats learn French.

I moved to South Korea in 2011 to teach French and English as part of a French government program.My goal was to share my passion for language learning and discover the world. I also wanted to learn new languages and learn to better understand other cultures.

I then moved to Germany where I lived for a few years and finally arrived in London two years ago.

Moving to Korea was pretty simple because the organization I was volunteering with took care of almost everything (housing, insurance…)

Moving to Germany and the UK was more challenging because I had look for an apartment and take care of all the administrative details when I arrived.

I spent lots of time on expat forums and looked for apartments on the websites that were recommended, but that wasn’t enough in Germany.I couldn’t find a normal apartment so I ended up staying in an AirBNB for a while.

In London, things were much easier and I found an apartment in a week.

Yes, I often feel that there are more French people than British people in London. It’s a very international city which is great because I get to discover so many new things but it also makes it harder to really learn about British culture.

That’s the part that saddens me. People don’t really talk to each other in my neighbourhood so I don’t have so many opportunities to interact with locals.

For my next destination, I would like to go in a smaller (and less international) city so I can discover the country better.

I like that there is an endless number of places to discover. London is a huge city and you can find all kinds of cuisine, cultures etc. There is always something happening.

I am happy I spent the last few years traveling but I would now like to find a home. I want to find a city in which I can settle down. I want to get used to a neighbourhood and get to know the locals more.

When you travel all the time, it’s hard to stay in touch with friends.

I don’t feel that there are that many differences. Everywhere I went, I was shocked to see how similar people are in the end.

For me, the biggest cultural difference between France and the UK is that British people drink a lot. It’s an aspect of the culture I am struggling to get used to.

The first time I came to the UK, I mistook a blood sausage cake for a chocolate cake. This was a pretty terrifying experience. 😀

Then I discovered the tradition of the Sunday roast and was pleasantly surprised. I find the idea of going somewhere with family or friends every Sunday amazing.

What I found about British food is that it can be delicious provided it’s in the right pub. In London, most pubs are chains and it can be challenging to find a good quality British meal.

Don’t go to a big city. You will learn much more about a country’s culture in a smaller city. You will also find housing more easily and people will be more eager to learn about you and your culture.

I plan to stay in London for a while and then maybe move to the Netherlands.

You can find out more about Benjamin's adventures on his website, French Together.