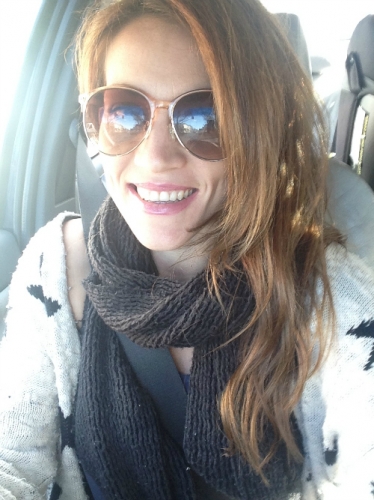 I’m Nicola Sutcliffe and from Manchester in the UK. I live in Melbourne and work in marketing communications and also write a blog, ‘Upside Down’, based on my experiences as an expat. I’m also a mummy to a three-year-old crazy lady.

Our journey to Oz began in early 2010 when the British environmental consultancy I had been working for was taken over by an Australian-owned organisation.I applied for an internal job opportunity in their Perth, Western Australia office and got it. A year after that I moved with the same company for a role in their Melbourne office. A year of maternity leave and a little girl quickly followed, but I’m still working for them.

Between the time of being offered the job and moving over my partner and I literally had a matter of months, I can’t quite remember how many precisely but know it was very quick, to pack everything up and get organised. It felt like a massive whirlwind of saying goodbye to everyone and tying up loose ends.

Then on the day of departure we had family and friends come to the airport, and there had been a bomb scare so all the traffic was diverted and we ended up having to lug our huge suitcase for ages to our terminal, during which one of the handles completely broke off. It was lucky we had four strapping men to take turns carrying it over their shoulders! We finally made it to the checkout late and my case was ridiculously over the weight allowance leaving us dumping half the case (including my snorkel which everyone found hilarious – I still don’t understand what is so amusing about that!), with family before legging it through the airport to jump on the plane at the last second. So it was a shaky start!

Once we arrived it was a little smoother, work had paid for an apartment so it gave us some time to find somewhere to live and settle down.

Most of my friends are expats and live within the inner city region so we see each other regularly. There’s a solidarity amongst expats so it’s easy to meet like-minded people when you first arrive. One of my best friends was a friend of a friend who connected us while I was still in Perth, other good friends I met through networking groups or are friends of friends. Expats are pretty easy to find here, there are as many as Australians!

Melbourne is fantastic, the lifestyle is a perfect mix of beautiful beaches, pretty parks, a cool, cultural city centre, free festivals, great cafes and coffee; there’s not a lot not to like really for families or childfree couples and crowds.

Being so far away from family. While I love life here, I carry a constant sense of displacement, longing and regret. Sad but true! Luckily those feelings can exist with the good stuff too.

Australia is a place of extremes. The city centres where most people live are trendy, modern, populated and always have stuff going on, but travel a few hours out and it’s like stepping back in time. The contrast is a culture shock in itself, but also fascinating when you come across little towns that seem like something straight out of an old western movie! Melbourne is also far more diverse than Manchester, so much so I rarely assume that someone is Australian before I’ve heard them speak!

To completely lap the first couple of years up – it’s such an exciting time and not one that would be re-created too many times for most people. That period in my life, while filled with uncertainty, was so exciting. There’s a great sense of mystery in not knowing how things are going to turn out, who you’re going to meet, where you’ll live etc. It doesn’t last but the feeling is fab.

I really don’t know – I keep planning to make more concrete plans! Living in Australia was not even on the radar periphery, it really came out of the blue, so it just shows what surprises life can throw at us! For now, my plan is to do more writing in my spare time and get an as long as possible visit back to the UK organised.

You can keep up to date with Nicola's adventures on her blog, Upside Down, and on her Facebook page.