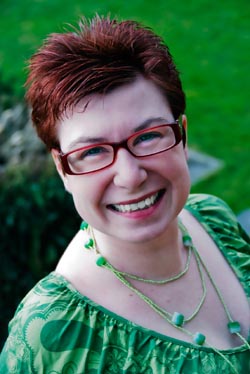 I’m a Canadian expat living in the centre of Brussels, Belgium. I’m a photographer, artist and writer and I run a blog for expats in Belgium and abroad called CheeseWeb.eu

My very first ‘expat’ experience was back in 2004. My husband was transferred to the Netherlands for 3 months to help start up an office there. We lived in Amsterdam and I fell in love with the city and knew I wanted to move back.

The following year Andrew’s company was acquired by an American firm. They offered to let us move to Europe more permanently, with one catch – We had to move to Belgium rather than the Netherlands.So, a year to the day after we left Amsterdam, we were moving back, to live there until our paperwork for Belgium was sorted out. Three months later we moved to a small village near Brussels and 3 years after that, we moved to the city centre (we seem to have a thing about threes).

Well, I’m considering writing a book on how NOT to move to Belgium… The biggest challenge was dealing with all of the paperwork. As any expat (or local for that matter) here will tell you, Belgium runs on paperwork. It took over a year to get everything sorted out and we had no help from Andrew’s company, which was frustrating. We were sending papers back and forth to Canada for legalisation and it was impossible to get a clear answer from anyone on what exactly we needed.

The other huge challenge in Belgium is language. Although French, Flemish (Dutch) and German are all official, with many people speaking English, the town hall can only legally speak to you in the official language of the area you are in. Although we both speak French, we rented our first place in a Flemish speaking area. Antics ensued.

We were still living in Amsterdam when we had to look for a place to live in Belgium. We only had one weekend to do it, so we hired a relocation agent to help us out. We looked at about six properties and settled on the last one we saw. We didn’t know anything about the area (hence moving to the Flemish side rather than the French) but it worked out ok in the end.

Renting here is a bit intimidating at first because you actually sign a 7 year lease. If you break the lease in the first year you must pay 3 month’s rent. If you leave after 2 years you pay 2 months and after 1 year you pay only a month. Conversely you can get a short term lease but if you break it you have to pay much more.

Brussels is an expat city. In fact I have met very few Belgians who actually live in Brussels. With the EU, NATO and many international organisations and companies located here, you can find groups of just about every nationality you can think of. There are loads of resources here for expats which make it an easy city to relocate to. If you live outside the city it can be more difficult to meet other expats although there are lots of them out there.

With all of the expats here, it can be hard to meet the locals. Belgians are often a bit hesitant to befriend expats as well, because so many expats come for a year or so and then move on. If you make a bit of effort though (it helps to speak French and Dutch) you can mix with the locals. I’m fortunate to have some fantastic Belgians in my circle of friends as well as expats from all over the world.

I love the multi-cultural nature of Brussels. We recently had a party with 16 nationalities represented. That would never happen back in Eastern Canada. I also love the art scene and cultural activities here. There is always something to do and see. There’s always something great to eat too. Belgian cuisine is a delicious mix of French and many other cultures and in Brussels you can get food from just about anywhere in the world. The other great thing about Belgium is how easy it is to travel elsewhere. With trains, airports and a 2 hour car ride in any direction, it’s a great base to explore Europe.

I miss family and friends back home but we are fortunate to be expats in the digital age. Skype, email and Facebook make it easy to stay in touch. Still, it’s hard to miss out on the big things like births, weddings etc.

If I could change anything about Belgium, it would be the weather. It’s pretty rainy here and the winters are pretty dark and dreary. Seasonal Affective Disorder can be a real problem.

Do your homework. There are so many great blogs and resources for expats in Belgium now that didn’t exist when we first arrived. Reach out to people here for help. The expat community is warm and helpful and they’ve been through it all before. Also, learn to be patient when dealing with Belgian bureaucracy. Some days it can feel like a page from a Kafka novel. Everyone has to deal with it, even Belgians, so just be patient and have a glass of wine close at hand.

We actually have no concrete plans for the future. My husband and I would love to be location independent someday so we can travel and explore with more freedom but we have no plans as to where that will take us. We also know that at some point we will have to return to Canada to help out with aging family members but hopefully that won’t be for many more years. If I’ve learned anything at all on this expat adventure is that life has a way of laughing at your plans. More and more, I’m learning to sit back and let life take me where it wants to.