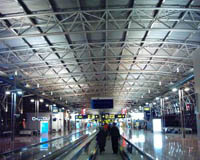 Brussels’s integrated public transport system makes it quick and convenient to get around the city. The STIB (Société des Transports Intercommunaux de Bruxelles) organizes the public transport network including the Brussels metro, buses, night buses and tram. There is a standardized ticketing system in place and STIB tickets can also be used in trains and coaches within the city. Passengers can buy tickets at the STIB kiosks at metro stations. They are also available with bus drivers and online. Transportation passes are also available and range from one day passes to monthly passes. The Brussels Card can be used to travel for a specific amount of time on public transport such as 24, 36 or 72 hours and also allows one to entrance into many of the city’s museums.The MOBIB Card is like a monthly transportation pass, but also allows you to refill the card online and even at public transport stations.

The Brussels metro is perhaps best known for its museum-like character. The platforms, corridors and ticket rooms are adorned with works of art like paintings, photographs, stained glass windows, sculptures and photographs. The metro system itself is also known for its efficiency. It is a quick and easy way to get to all the city center hotspots. The trains are regular and at peak time you can expect a train every 3 minutes. Tickets must be validated at the machines before getting onto the metro and forgetting to do might lead to a fine. When getting into the train or tram, you need to pull the leaver or press the button to open the door, as the system is not automatic. Maps of the street above are displayed above the info symbol at all metro stations. These will help you know which exit to take.

Some destinations are not located near a metro station and to reach these places, the Brussels buses are a good option. There are timetables displayed at all bus stops and they are also available online. The frequency of buses is not as high as the metro and it’s advisable to consult the timetable and reduce the waiting time. Tickets are available with the bus driver but the ones purchased at metro stations are cheaper.

Trams are not as fast as the metro, but they run more frequently than buses. The tram lines can sometimes run along the same line as other vehicles on narrow streets and hence it’s important to pay attention to the traffic while crossing the roads. Each stop displays a timetable and also a street map.

Brussels has an intercity train network that allows you to travel to other major cities in the country. There is usually a train every hour, throughout the day. Train tickets do not have a fixed time schedule and you can use them to board a train at any time during the day. Tickets are available at railway stations and are stamped once you board the train.

Brussels does not have a taxi hotline and therefore it is advisable to have the number of at least one taxi company handy. You can also get taxis at any taxi stand or also hail one down on the street. Available taxis will have the libre (free) sign on the windshield. Before getting into a taxi, make sure that it is registered in the city, as unregistered taxis can be very expensive. All taxi companies charge a similar fare. The fare increases at night between 10pm and 6am and also when travelling outside city limits.

Expats in Brussels also travel by other means of transport such as cars, motorcycles and bicycles. Driving can sometimes be frustrating in the city because even small incidents on the ring road can cause major disruptions in traffic. Some people prefer to cycle from one place to another. But this is a tricky exercise and some familiarity with the city roads is necessary. Some of the challenges cyclists face are tram tracks, slippery roads and rash drivers. There are a few dedicated bike lanes, but these can mostly be found on the outskirts where the streets are much wider. These bike lanes can be identified by their red color and white markings. 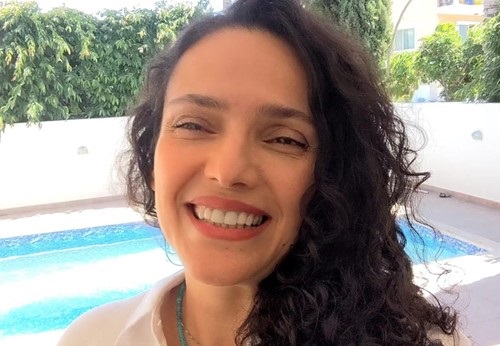