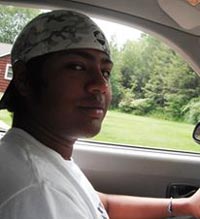 My name is Martin Hendrikx. I grew up in a UN family so we moved around a lot and when I graduated school, I decided that the travel bug had stuck with me. I have since traveled to over 30 countries and found much excitement in this lifestyle. I am a Dutch national and am currently living in Merida, Yucatan in beautiful Mexico.

I guess I could say I was raised as an expat by expats and have been one ever since I can remember. I moved to Mexico only about 4 months ago, however before coming here, I lived in the amazing little Central American country of Belize for a few years.I moved to Belize to attend university at Sacred Heart College then Galen University in the Cayo district just outside a river town by the name of San Ignacio about 5 years ago. San Ignacio is a sleepy little town of about 17,000 people situated on the Mopan River with lush forests, rolling hills, and exquisite food and culture.

While many people find that it is challenging to learn and adapt to new cultures, this was actually the least difficult thing for me to do because of my upbringing. The hardest thing was leaving everything behind as I had done many times before because you always form attachments to things and people. Some of the difficulties I faced were trying to find a place to live because there are almost no listings that aren’t geared towards a higher end clientele online.

It was also a bit tricky to figure out the local dialect of broken English known as Belizean Creole but after some time you get used to it and even learn how to speak it with the locals. Another thing that is sort of difficult was finding all the items on my grocery lists because almost all the stores are small and individually run so I often had to make trips to three or four stores for all the things on my shopping list.

As I mentioned earlier, finding a place to live was a bit tricky, especially online from abroad since most houses are not listed. The best bet to find a place was to walk around and see what there was so I had to walk up and down, through the town and get phone numbers from signs on houses. I also figured out quite quickly that the locals were very friendly and by talking to them and searching through the classifieds in the local newspapers (Amandala, Guardian, Reporter, Belize Times, and Star) I managed to find a quaint little place right in the heart of town.

San Ignacio is a haven for expats because of the size and low level of crime compared to other parts of the country. The town’s economy relies mostly on tourism and so there are a lot of foreigners coming through from all over the world and many of them simply decide to stay and become “permacationers.” The expats living in San Ignacio are mostly Americans, Canadians, and surprisingly enough, European. Many are retirees but there are also many young people who come to Belize to escape from the stress and fast paced life in the United States.

The locals in Belize are some of the friendliest people you will ever meet. They are helpful and will go out of their way to help you find what you are looking for. They are always interested to sit down for a chat about who you are, why you came here and what you do. They also are very helpful with giving you information about things to do and where the best foods can be had.

Belize Is an amazing country and I love everything about the lifestyle food, and culture. The best things in my opinion, are the local beer, Belikin, and the local cuisine. I loved the food so much that I started a small recipe book with all the recipes for food from my favorite eateries on the street and in some restaurants where they were willing to share with me. The town moves at a slow pace and you never have to rush to do anything except be happy.

I can honestly say that there are very few miniscule things I dislike about my expat life. In Belize, the biggest problem was the public transportation system because although the busses run on a schedule they are often late and when they are cram them full of people in chairs and up and down the aisles. The busses will often stoop every 2-3 minutes to pick someone up and let someone off instead of stopping only at designated bus stops but such is life and you learn to deal with it.

The most pertinent piece of advice I can give you is: Hurry up and be prepared to wait. Life moves at a slower pace down in Belize which is one of the best things about life there but it can also be annoying at times, especially when you have official work to do such as banking or immigration stuff. Being prepared to wait and just taking everything in stride is something you need to learn to do for moving here.

I am seriously considering moving Asia to teach English. I have heard the countries are amazing and so is the FOOD! I am still unsure about where exactly I want to go but as I learned to do in Belize, I am just going to wait and see which way the wind blows. I have nothing set in stone, but rather I have some vague ideas which will act as a basic guide for the future. Who knows? I might end up in South America or Africa. Time will tell.