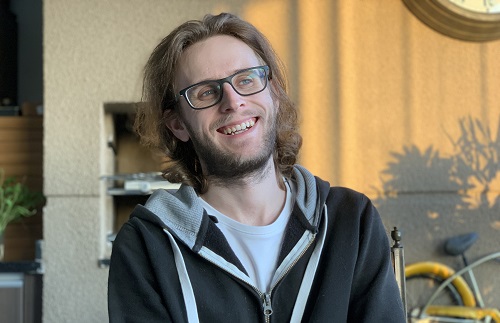 Hey everyone, my name is Mat, and I spent the first 29 years of my life residing in my home country, England, from where I gained my bachelor’s in Film & Media Production and held my last job as an event manager for an events and marketing company. From there, I gained a small taste of what it was like to work abroad.

I moved to Sao Paulo, Brazil at the end of December 2019. As to why I made this move? It was for love…

Going back to September 2014, I had just gotten out of a relationship with an American in the States (it was never going to work; I had no right to abode there), and I decided to try Tinder. I know, whatever good comes from a dating app such as this one, right? Well, as luck would have it, I came across this cute brunette woman who immediately piqued my interes— No, that’s not it. I was just swiping on every living thing to see whom I would get in my widely cast net.

Anyway, long story short, this is where I met my now wife. She was a student on a year out, studying at Leeds Beckett University. I had never really spoken to a Brazilian before, so I cautiously engaged in conversation with her, and even asked her to take a picture of herself holding a piece of paper with my name written on it to prove she was a real person. Hey, you can’t blame me, there are plenty of bots/scammers out there!

From our online chats, she agreed to meet me, in my hometown of Chesterfield – hurray!

Skipping forward, after she returned to Brazil, we would spend the next few years or so visiting each other, going back and forth, until we eventually landed the decision to get married in Brazil.

There were more obstacles than I had previously considered. I had to get the necessary paperwork for our marriage, and I had to tie any loose ends (eye test, new glasses, sell my car, leave my job in a respectable manner, and so on).

Next were the difficult goodbyes with my friends and family, which wasn’t so bad, because I would see them again in the coming months for our wedding celebration.

Finally, packing the necessities! Now, I’m a gamer and have been from a very young age. I wasn’t about to let this pleasure leave my life, so my Xbox One was packed carefully amongst a selection of clothes, toiletries and other items, all packed into two large suitcases and a backpack.

Fortunately, this wasn’t such a difficult one, because I had my wife and her family to save the day, as they allowed me to live with them for a month or so. After this, some of my wife’s friends were moving out of a city centre apartment to start their new lives in London, and so we managed to snag their old apartment, for a reasonable price, to rent. This is definitely something you have to research if you’re going to live in another country, if there is no one on the other end to receive you.

There are plenty of other expats here in Sao Paulo, and from various other countries, too, which is fantastic if you want to make friends with people who have a little more in common with you, culturally. Although, personally, my experiences have been somewhat hindered by the pandemic, so perhaps once this comes to an end I’ll make more connections.

I’ll often be referred to as ‘the gringo’, which is fine by me, because that’s what I am: a foreigner. Sadly, my Portuguese is fairly minimal, and so my interactions and relationships with the locals are stunted. I always feel ashamed about not being able to speak the language sufficiently enough when it comes to making purchases or communicating with the dentist or anyone else here who doesn’t speak English.

I think that, as native English speakers, we always have this awkward habit of expecting everyone else to speak English. Even though English may be considered an international language, it is still a little naïve, and even arrogant, to assume others will be able to completely accommodate our requests without us knowing another language.

The sun! I jest – that’s what people tend to think when you move to a typically warmer climate. I do enjoy the weather, of course, but I also enjoy the friendliness of the people here, for the most part. I also find some of the foods to be delicious – the fruits and vegetables are super fresh, usually!

I love that there’s plenty to do and see in and around Sao Paulo, too, whether you want to go to a museum/gallery, to one of the many parks, or to see the interesting historical landmarks within.

Being away from my friends and family back in the UK is a bit of a kick in the teeth, and not having the habits and routines we shared. Out here, I feel very lonely at times. Even though I have my wife and her family, it still feels as though there’s a struggle within that they wouldn’t understand.

I feel a lot less safe here, too, because unfortunately there is a fairly high crime rate, and I have already experienced some of this personally. I also feel like I have less freedom here, but perhaps this is just a mindset that will pass once this pandemic is over, and once I feel more established with the language and culture.

Now this is a tough one. There are many big cultural differences between the UK and Brazil! The huge wealth divide is a big shocker for me. Poverty exists in the UK, just as it does in most other countries, but seeing the amount of impoverished people here really makes me feel sad.

Driving here is another thing that surprised me. I’d say they are bad drivers here, but I’d be lying. I feel people drive too fast and close to each other and turn without indication, but still, they miss each other.

The various dishes that we don’t encounter in the UK normally, and vice versa. I was guilty of eating way too much fast food back in my home country, but here I barely touch the stuff, since it’s a fair bit more expensive.

Make sure you have a plan! I came here without much of a plan, or at least a career plan, and here I am over a year and a half later without much progress to show. I could pin this on the pandemic, but the reality is, plenty of people have flourished whilst working in the online world.

Yes, you can move for love, but just be careful you don’t get taken for a ride or get abused. Have contingency plans where possible, save up money, and don’t be afraid to return to your home country if things don’t work out as planned. There is no shame in that. Trying and failing is better than doing nothing at all, as it’s all experience!

Unknown … I am still scratching my head about what I actually want to do in life as a career, to have something that’s meaningful to me and that I will (hopefully) still enjoy in the years to come. Maybe I’ll go back into the events industry? At the moment, I predominantly earn through teaching conversational English, as teaching grammar and such has never really been my cup of tea.