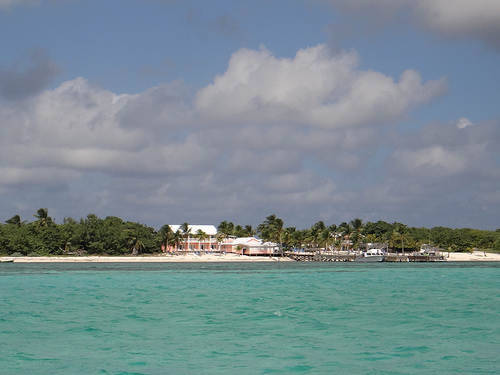 At Expat Focus, we like to be on the lookout for resources around the web that could help prospective expats adjust to their new countries. Today, we’re taking a look at Cayman and some of the bloggers who write about living there.

The blog of a Canadian software developer who now lives in Cayman, Cayman Expat includes musings about island life as well as tips and advice for people who are new to the expat experience.A particularly useful recent post saw DK writing about a TV documentary which portrayed life on the Cayman Islands as purely an idyllic paradise. Cayman Expat injects a dose of realism and discusses what life is actually like there, without dissuading people from making the move.

If you like your blog posts to be as photo-heavy as possible, this is the place for you. Micho includes several pictures with each article, and they all give a glimpse into what his life in Grand Cayman is like. If you’re into swimming, snorkelling or the ocean in general, you’ll love his posts about the activities that can be found on and around the island. There are also reviews of cultural activities such as visiting the national museum, updates on Micho’s travels to other parts of the world, and discussions of the weather in Cayman – it’s not all sunshine and cloudless skies!

The blog of a couple who run their accountancy business from Cayman, Offshore CPA is a repository of useful information for anyone who is planning a move there. The ‘Make The Move’ section is particularly helpful and includes a list of resources for each element related to moving, from where to live to finding employment. There’s also a specific Q&A section devoted to how to set up an accounting practice in Cayman.

If you’re looking for an eclectic blog that covers all aspects of Cayman life, this is it. From where to have breakfast to why the government has banned certain types of pesticides, Cayman Islands Blog reads like a newspaper and diary all rolled into one. The practicalities of life aren’t left off the list, either; the blog also covers how to do your shopping (by flying to Miami) and dealing with the heat. This is a great site to browse through if you want an overview of all aspects of Cayman life.

Gordon Barlow moved to Cayman in 1978 and has been blogging about his experiences there since 2010. A representative of the Chamber of Commerce, Barlow’s posts are long-form and frequently political in nature. If you enjoy intellectual debate of current affairs, you’ll like this blog – it touches on international issues as well as thoughts about the Cayman Islands themselves, and Barlow doesn’t hold back from saying what he thinks, whilst still managing to sound respectful of others – not always an easy balance to strike online! A must-read for politics buffs and those who want a more academic view of their new home.

Those are our recommended expat blogs for today. Do you write about being an expat? Let us know in the comments!