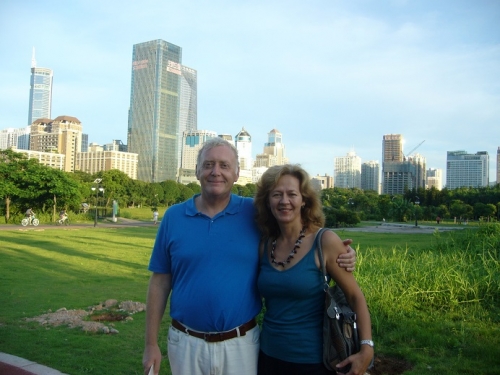 Who are you? Where, when and why did you move abroad?

My name is Simon Hill. I am from the UK, but my wife Irena comes from Russia. I was a housemaster at a boarding school near Salisbury. We left the UK in 1998 and went to Kenya for two years, then Saudi Arabia, Egypt, Romania, Qatar for five years, the UAE and now China.This is in fact our fifth year in Shenzhen, just around the corner from Hong Kong, where I am a primary teacher at Green Oasis School. During our years of wandering we have also bought a house and an apartment in Bulgaria.

Moving to China was a bit awkward because the HR people at my school told us that we had to leave, after we had only been in Shenzhen for a week. The Chinese Embassy in Qatar had given us business visas instead of working visas (the blue Z visas). It took nine weeks before we could get a new passport for my wife and the proper Chinese Z visas.

When we finally returned to Shenzhen, our freight was still stuck in Shanghai and the Chinese authorities would not release it until our residency permits came through. Then we were charged extra for storage and we had to pay for it all to be moved to Shenzhen! 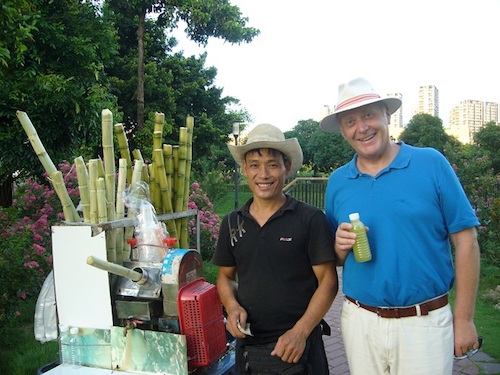 When we moved to Bulgaria, we had no problems until we reached the Bulgarian border. At that time Bulgaria was not part of the EU and the border guards would not let us through because it was a hired van and we did not have all of the documentation. This meant that we had to hire another van in Sofia, drive to the border, unload our bits and pieces and put it into the other van! Fortunately, our house is in Kalotina, not far from the border with Serbia.

In Bulgaria, there are very few expats in the countryside around Kalotina. Here in China, we are living in a big city and so yes, there are quite a few.

At the moment we are planning to leave Shenzhen in June next year and then we will move to Bulgaria. This is why my blog called Bulgaria with Noodles. In the meantime, I bore to death all of my unfortunate colleagues at Green Oasis School by telling them about that country in SE Europe.

Although physically I am still in southern China, my heart is in Bulgaria. As this is now my fifth year in the Middle Kingdom, maybe you would like to read one or two points of comparison and contrast between the two countries. 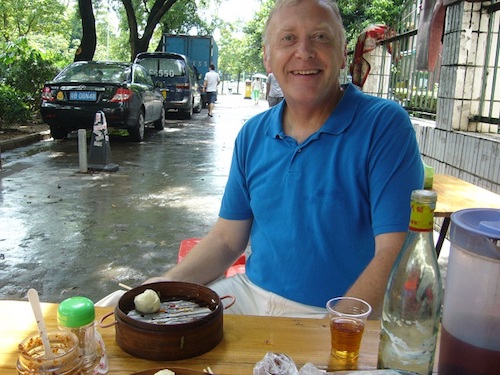 Firstly, food. I am sure that all of my Chinese friends would agree that food ought to come first. Chinese food is, well, okay. Eating out is cheap in China. I am writing this after having eaten lunch in the Green Oasis cafeteria. For a school lunch, it was not bad. Yes, there are some particularly annoying things about haute cuisine Chinoise, such as the strange concept that a chicken’s head, fat, bones and feet are just as tasty as the actual meat. Salt is just one of the not-so-healthy chemicals and additives that you may find hidden in the stuff that’s on your plate. It is weird to see a pretty girl strolling down the street and chewing a chicken’s foot.

The strangest thing of all is that street food in China is often the yummiest, as well as being the freshest and cheapest too. They cook it right in front of you. The lady just around the corner from my bank cooks these amazing pancakes, with lots of green bits, great sauce and peanuts. For a few RMB, you’ve bought yourself a filling lunch.

Bulgarian food, on the other hand, is full of salads, cheese and yoghurt. Kislo mlako (a sort of yoghurt) and banitsa (cheesy bread) for breakfast, tarator (a cold soup, made out of yoghurt and cucumbers) for lunch and that salty, tongue-tingling brinza cheese with your shopska salad.

As Bulgaria is just around the corner from Greece, you can easily get your olive fix. Potatoes are a bit of a luxury in China, but in Bulgaria they are, quite literally, as cheap as chips. Most Chinese bread is horribly sweet, cotton wool rubbish, compared to Bulgarian bread. As for booze, the Chinese drink something ghastly called baijo. The smell is disgusting, but maybe it could be useful if you need to clean those paintbrushes. Tsingtao, on the other hand, is a very pleasant and modestly-priced beer, perfect with some Chinese dumplings. 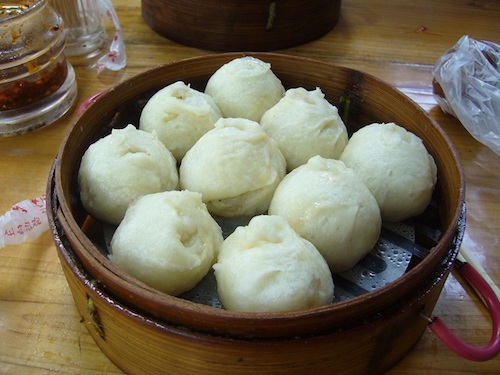 Secondly, air. Breathing is one of those things that you do not think about, but it might be a bit of a problem when it goes wrong. Although the air in Shenzhen is more or less okay, for a big city, sometimes the pollution is bad. You can smell it, taste it. When the “haze” means you cannot see to the end of the street, we will not let the children go outside at playtime at Green Oasis School. It has only happened a few times and it has something to do with the PM count, whatever that is. The good news is that the pollution level is quite low most of the time, so I can walk to school each day.

In Bulgaria, the air in the mountains is sweet. Breathing is a pleasure. Each lungful is a delight.

Thirdly, noise. Why do Chinese children (who are normally so adorably sweet) suddenly remember to do their violin practice at 10.30 pm? Then you have traffic noise from the streets and our dear neighbours shouting at each other right next to our front door. (And why do Chinese front doors have the acoustic properties of a sheet of paper?) But at our villa in Kalotina, the silence is deafening. It is just so quiet, noise-free, silent.

Fourthly, smells. China really does have some serious smells. Yes, there are 1.4 billion people in the Middle Kingdom and so the smells can be – well, pretty smelly. Then there are the awful whiffs that come up from the hole next to the washing machine. There seems to be something wrong with the drainage system in our apartment block, so sometimes the stench of sewage fills our flat. Yuck!

What are your particular likes and dislikes?

Teaching Chinese students is a delight. The nine- and ten-year-olds in my class have Mandarin as their first language and that is a bit of a problem because the curriculum is all in English. (Well, apart from their Mandarin lessons, everything else is all in English.) However, the amazing thing is that the students just get on with it. The children do not complain or whinge about having all of their education in a foreign language. Their parents want them to learn English and so the children respect their parents’ wishes. (“Respect” is a word that we use a lot at Green Oasis.) 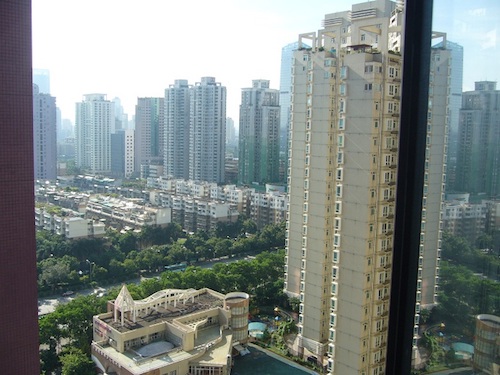 On the other hand, it might be the case that government-run Chinese schools are so absolutely dreadful, with sixty or more students in the class and the teachers whacking the poor children every five seconds, so maybe the Green Oasis students have cottoned on to the fact that really things are much better at GOS.

﻿So do we like living in China? Yes, of course we do. We have some lovely friends here and we have had some great times together. Five years will be enough, but not more than enough.

I have very much enjoyed teaching in different countries around the world, but it is not something that would suit everyone. Single teachers find it particularly hard, especially when there are family ties pulling them back to the UK.

I would definitely recommend buying a property in Bulgaria to anyone in the UK who wants to try something different. London has always been expensive, of course, but now I think that it would be true to say that property prices just about anywhere in southern or central England are so high that most people have to get huge mortgages. Property taxes (in the UK it is called “Council Tax”) are also much higher than the equivalent taxes in Bulgaria.

You can keep up to date with Simon's adventures on his blog, Bulgaria With Noodles.