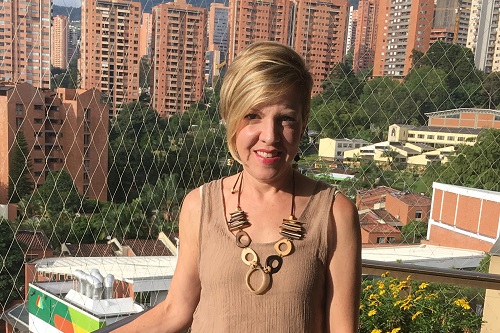 My name is Courtenay Strickland, and I’m a writer and mom, among other roles. I’m originally from a small town outside Atlanta. I lived in various areas of the US before settling in Miami, which I called home for 10 years. My career has focused primarily on civil rights and civil liberties.After moving to Colombia, I launched a business providing communications and development consulting to cause-oriented nonprofits.

I moved to Barranquilla, Colombia in July of 2012 with my then husband (now ex) and one-year-old son. Since my husband and I were both working remotely at the time, we could live anywhere. This gave us the opportunity to fulfill some dreams: for me, this meant finally living in Latin America, the region that had been the focus of my academic studies. For my husband, born and raised in Miami to parents from Barranquilla, this meant getting to know family in Colombia. We also both wanted our son to be connected to family here, to know his cultural heritage, and to speak Spanish.

The move was really hard. Getting a long-term apartment lease in Colombia was not as easy as we thought: we had to use a huge portion of our available cash for what amounted to an enormous security deposit – nearly 10 months’ worth of rent! We had to stay in a hotel for longer than expected while we worked all that out. Then, when our shipment of household items arrived from the US, it was mistakenly left outside at the port for nearly two weeks. It rained a lot during those weeks, and we lost about a third of our shipment to water damage and mold. The rest had to be sorted and cleaned before it could even be brought inside. If it weren’t for family support during those first few weeks, we might have headed back home!

In Barranquilla at the time, there were not many expats though I believe there are more now. However, the handful of expats that were there included many interesting people. Even though we moved to Medellín after two years in Barranquilla, I developed close friends in Barranquilla and still go back to visit. I’ve been in Medellín for three years now. Medellín is currently a backpackers’ hotspot, and also has pretty strong communities of digital nomads, entrepreneurs, and retirees. The number of expats here dwarfs that of Barranquilla. However, in some ways it’s harder to make friends and carve out your space here than it was in Barranquilla. Medellín is a much bigger city with a wider variety of people. That can be a plus and a minus.

My quality of life is quite high. In Colombia, I can afford significant household help, which means that I can keep my career and still have plenty of quality time with my son. That’s huge for me. While learning the ropes of daily life here is sometimes tiring, I also like the constant challenge of figuring out how everything works, and how to get things done. As for Medellín specifically, I’m the type of person who, generally speaking, can get a handle on a city quite quickly – but Medellín has been different. This city never ceases to present me with something new. I feel like I could live here for decades and still not fully know Medellín. I haven’t felt that way anywhere else I’ve ever lived, and I find that quality pretty intriguing. 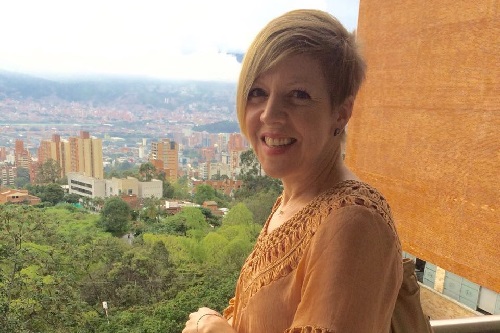 Sometimes a huge chunk of my schedule is filled with trámites, or bureaucratic obligations. For example, right now, my son’s US passport is expired and mine no longer has enough pages – which means a trip to Bogotá for us both. My cédula de extranjería – the national ID card for foreigners – will expire in just a few months and need to be renewed as well. As someone who works for US clients and not as an employee of a Colombian business, I also had to jump through hoops just to get myself registered with credit agencies in order to start building credit. And taxes… those have to be sorted out in both countries. These are just a few examples.

Obligations like this are cyclical – during some months they don’t take up much time, and during others they do. But when I have a lot of them, it’s stressful because it cuts into my working hours. Being an expat, especially if you are here independently and not with a company that assists with all this, can sometimes feel like double the work, or at least double the time.

Colombia’s major geographic areas all have very distinct cultures, and Medellín is no exception. One thing that I found confusing here is that while people are exceptionally friendly, helpful, and hospitable, social circles can be somewhat closed. People tend to hang out with their families and long-time friends. For example, people don’t necessarily go to a bar to meet others. They usually go with a group and stay with that group all evening, though some members of the group may come and go. This sort of scene can make it harder to meet new people and make friends outside the expat community. It’s definitely possible, though, and I think all the more rewarding when it finally happens.

A lot of foreigners complain about the food in Colombia – compared to some other countries’ cuisines, it has few spices or strong flavors. I felt that way when I first arrived, but that has all changed in the past five years. I’ve come to love proper Colombian chorizo, and now I think nowhere else does it as well as Antioquia, the state in which Medellín is located! An arepa with quesito has become a must for me on weekend mornings, and green mango with salt on it has been a revelation. Patacones, plain or loaded like nachos, are the best! For the first couple of years here, I missed certain foods from the US. Now it’s the opposite – when I visit the US, I miss foods from Colombia. I take it as a sign that I’m finally home.

If you aspire to anything like mindfulness or a Zen state of tranquility of whatever, moving between countries is going to put you to the test! As the old proverb goes, you’ll have to differentiate daily between the things you can control and the things you can’t. With respect to the latter ones, you’ll have to find acceptance. Five years into this new life, I still struggle at times to accept some of the frustrating realities of my life here, though I am also constantly reminded of all the benefits I enjoy. Living abroad is definitely an opportunity for personal growth. That’s not always easy, but the rewards are really, really big.

I’m hoping to soon start a one-year graduate school program here! I’m pretty excited about that, because I think I’ll not only learn new methodologies that I can apply to my ongoing consulting work, but I’ll also become even more connected to Medellín’s community and culture. People ask frequently whether I have plans to leave – it’s common for expats to have a defined period of time that they expect to stay – but now I respond that I have no plans to go. One never knows what the future holds, but for now, Medellín is home.

You can find out more about Courtenay on her website, C Strickland Consulting.