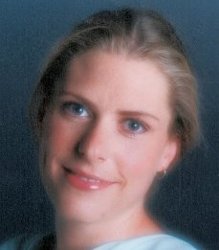 For us, 2012 will be the Year of the Road Trip, the year we travel to Tadoussac to see the whales swimming in Quebec’s first purely marine national park, where the Saguenay River meets the estuary of the St Lawrence. I’m excited at the thought of the drive and the stops we’ll make en route, but this wasn’t always the case. My confession? For a while back there, I lost my driving mojo. What was once a source of enjoyment provoked a cold, sinking dread in the pit of my stomach. No-one was more surprised than me, lover of fine cars and consummate speed junkie (think Jeremy Clarkson without the gob).

For a long time, before exchanging my British driving licence for a Canadian one, I would mentally rehearse driving here. Closing my eyes, I would imagine every part of the journey into town, all the intersections, traffic lights and lane changes, haunted by the fear I would end up on the wrong side of the road and terrified of the potential carnage.I had read, in my trusty “Guide to Living and Working in Canada”, that it was helpful to stick a post-it on your dashboard reminding you to “Keep right”, so I knew it wasn’t unknown for people to forget. If it was a possibility for some, it would be a certainty for me!

Our first year in Canada passed without a car, thanks to the narrowing effect of a temporary work visa on our finances, so the pre-occupation with driving diminished. But the day came, when we were offered a monthly rate that wouldn’t bankrupt us and found that rare gem: an insurance company willing to consider our previous driving experience. Wonderful though this was, it meant the spectre of my potentially lethal driving was back.

On paper, the swap seems simple enough, but in practice, it’s a little more complicated. A huge part of driving is the execution of learned responses, performed instinctively. Here, I needed to learn new responses and not unthinkingly perform the old ones; waiting for a gap in the oncoming traffic before distractedly turning left into the left (oncoming traffic) lane of the turn-off, would be one such example – my husband was convinced his number was up!

I’m no Jason Bourne when it comes to being alert in my surroundings; preferring to operate on an easy-going, relaxed setting, unless my instincts tell me otherwise. My husband will tell you I’m off in my own world, oblivious to what’s around me, and I’m happy to let him labour under this misconception when it’s to my advantage. His advice was to take note while he drove, before getting behind the wheel myself. A fine idea in theory, but in reality I’m more of an “enjoy-the-view” passenger than a back-seat driver – gifted at spotting that custom-decorated fire hydrant… not so good at noting which lane I should be in while appreciating it.

Due to my exultant publication of our new wheels on all forms of social media, the pressure grew for me to get behind the wheel, before I offended the friends who had made the effort to visit me over the past 12 months. It was time to redress the balance. But let me give you an idea of what I was up against:

• All-Way Stopping – Canada, like the US, is built on a grid system. While it doesn’t matter if you make a wrong turn, it means loads of intersections, or crossroads, many of which are subject to “all-way stopping” where the car that stops first, proceeds first. Obviously, an awareness of the rules helps. We’d been under the assumption that drivers on main roads had priority over those on minor ones, and so were responsible for a number of irate drivers hitting their horns – shrugging, we would ask each other “What’s HIS problem?” as we pulled way – until someone explained to us the “first come first served” rule. Blimey! Now as well as being aware of pedestrians coming from ANY direction (they have priority over motorists), we were also expected to keep track of the order of arrival of other vehicles at the intersection!

• Turning right on a red – Vehicles at a red light can turn right, after coming to a complete stop, when it’s clear and providing there’s no sign forbidding it. Thus, traffic flow is maintained. In reality, motorists concentrate on checking for other motorists coming from their left, to the detriment of pedestrians crossing from their right. I’ve had a few close calls with the children in tow. Always get eye contact with the driver before crossing, so you know they are aware of you. From a driver’s point of view, it pays to be aware that many pedestrians will stride into the road without checking for traffic, as they have priority (and invisible body armour, obviously). From a British driver’s point of view, every sinew in your body screams “WRONG!”, but that fades after a while.

• Signage– Road-signs in Canada are small and nondescript. Like the SAS, they are highly successful at blending into the background, and are positioned right on top of the turn you need to make, giving no time for safe lane-changes. Hence your average Canadian motorist’s propensity for weaving and tail-gating.

• Road-markings – These are your best indication of which lane you should be in, but are practically invisible at night on a slick roadway. Many Canadian roads have a narrow gravel shoulder and a ditch running alongside them. On a wet night it’s easy to wind up there. On local roads there are is no line marking the edge of the roadway and no Cats Eyes in the centre. I’m guessing due to the scraping of snowploughs, the chunky reflective paint we use in Britain wouldn’t last here. All you can do is look ahead, try to make out the centre line on the shiny, wet road surface and stick close to it without getting hit by any oncoming vehicles straddling it.

• Distracted driving – Almost everyone here drives while smoking, texting or talking on the phone, drinking coffee or all of the above simultaneously – even the mayor of Toronto!

• Lack of courtesy– You could grow old and die waiting for someone to stop and let you into a line of traffic here. People freeze in shock if you stop and motion for them to go before you, such behaviour being the opposite of what is the norm. For example, drivers are never too quick to pull away from the lights at an intersection, this apparently relaxed attitude is not just the result of an automatic gearbox, but a survival tactic, to counteract the motorists who try to shoot through on a red. Driving etiquette is pretty non-existent.

Eighteen months later, my driving mojo is back but my opinion of Canadian drivers has been revised. Those lovely, polite people, who stopped to let us cross minor roads, or pull away from an intersection, were actually just following the rules of the road. They must have thought I was nuts waving and smiling at them. I now know that when Canadians slip into their comfy armchairs on wheels: trucks, SUV’s and vans (people-carriers if you’re European), they become impatient, arrogant, heartless zombies, held in check only by the tenuous bureaucracy of a half-remembered set of rules. In that respect, they’re no different from anyone else.