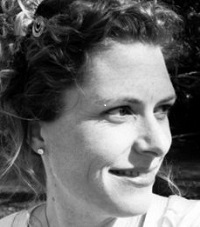 Before moving to Canada the only consideration I gave to language was with regard to accent; I remembered hearing somewhere that Canadians had a softer accent than their neighbours across the border and I was relieved; easing in gently sounded like a good plan. I was coming from England so it wasn’t as though I was going to be unintelligible to anyone – or so I thought.

I ran into problems on day two. My husband and I were staying in a hotel while we secured rental accommodation. I had a tiny cut on my finger so on my way out to dinner one evening I stopped at reception to ask for a plaster. The young woman at the desk blinked at me and shifted uncomfortably in her chair before giving a little cough and enquiring in uncertain tones whether I’d like an elastic band.This response hadn’t featured on my mental list of “possible outcomes” and I was momentarily floored, trying to imagine some Canadian ingenuity linking the humble elastic band and the world of medicine. It’s an expat occupational hazard, to view every encounter as representative of the whole country – as though nothing random or strange ever happens “at home”. This can be a problem if the first person you befriend happens to be in outpatient therapy.

After I wiggled my finger under her nose and explained about the annoying cut, her face lit up, “Aaahhhh, a BAND aid!” she crowed triumphantly.

That was my first experience of speaking the same language yet appearing incomprehensible – a truly odd and unexpected feeling.

Brand names are big culprits when it comes to reducing a language to insider-only status. Calling a plaster a Band-Aid was just the tip of the iceberg: tissues are Kleenex and instead of taking a painkiller for a headache, you pop a Tylenol. School was an education for more than just my daughter when I was asked to kit her out with Duotangs! Was that a compulsory hairstyle?

But I’m not the only one who hears things differently. People detecting an accent have mistaken me for a Kiwi, an Aussie and, my personal favourite, a South African.

I’m seasoned enough to have some fun with it now; when asked where I’m from I say I’m Irish (which is true) and wait to see who claims to spot an accent (I don’t have a trace, I expatriated when I was eight).

For the first few months, when I was tired or distracted, I sometimes had to ask people to repeat themselves – the sequence of inflections and enunciations they uttered with such casual fluency didn’t fit with any template I held in my sub-conscious, so I couldn’t even hazard a guess at what they said. This made me feel pretty vacant; especially when the question was a simple one like “Would you like ice with that?”

Asking someone to repeat something when you speak the same language doesn’t do anything for your internationalist credentials.

Which leads to my next point – situations like that immediately reminded me of my “foreigner” status and I’d feel self-conscious and conspicuous, when really, the speaker likely hadn’t noticed that at all – assuming my kids had made me slightly deaf or the noisy room made it impossible for me catch what they said the first time round. For all I knew, they’d been repeating themselves in a crowded restaurant all evening to foreigners and natives alike.

Say what you mean, mean what you say

While some claim to have difficulty penetrating the infamous British reserve, I raise my hand to finding Canadian conscientiousness hard to gauge, even after close to five years. Overall an earnest bunch, Canadians are impeccably polite and I’m never sure whether I’m being invited for coffee just to satisfy etiquette, with no intention of pursuing interaction beyond a brisk “Oh you’re new here? Best of luck then…” I get all kinds of awkward deciding whether to reciprocate by arranging something or just saying, “that would be lovely” and leaving it up to fate.

I’m always kicking myself for not asking after health, etc. before raising the issues I want to discuss with my kids teachers, and I’m pretty sure people have looked daggers at me for failing to say ‘you’re welcome’ after they’ve thanked me.

I find the British more direct – but I guess that’s because I’m familiar with the non-verbal cues. And don’t get me wrong I like the politeness. I held the door open for a child at school today and he said “Thank you, miss” I could get used to that! (note to self: remember ‘you’re welcome’)