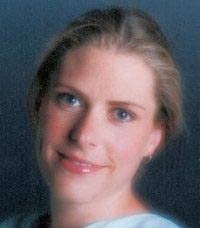 I’ve often said becoming an expat is the closest you can get to experiencing life from the uncluttered perspective of a baby – if, and it’s a BIG “if”, you can detach yourself from preconceptions and the urge to make comparisons.

‘Travel broadens the mind’ is a proverb dating from the early 20th century. GK Chesterton’s 1921 comment on it is a significant travel quote, too: ‘They say travel broadens the mind; but you must have the mind.’ The expatriate life offers a chance to exist untainted by knowledge and expectation, to absorb the world fresh with colour and brimming with sensory overload. Moving to a new country forces you to think differently, to leave comparisons behind and accept new ways of doing things. It frees you from the restrictions of old definitions; you have a blank canvas on which to paint a new identity and the forgiving gift of the “foreigner” label to absolve your mistakes.It’s both exhilarating and terrifying, for even freedom is not without its drawbacks. The absence of support networks and familiar touchstones can be an incredibly isolating experience, like floating in the vastness of outer space unattached to the mother ship.

But as GK Chesterton hinted, while journeying outside your comfort zone can be the catalyst for valuable personal development, the benefits are beyond the grasp of some. My South Asian in-laws are a case in point – unabashedly discriminatory of the people they have chosen to live among – and they are by no means alone. In cities everywhere, there exist little enclaves of immigrants who cling to their roots like a sailor to a ship’s mast, their siege-mentality framing the host culture as something to be repelled at all costs. Bent on remaining unchanged to the exclusion of all learning opportunities, they stereotype and judge their new home with undisguised relish.

Even for the voyager who does their best to leave their preconceptions behind them on the vanishing shore, maintaining a non-judgmental perception is an ongoing task, a continual study in self-awareness. My expatriate experience has been, at various times, all of the above. It’s a natural response to measure the new against what we already know, but we must learn to recognize our knee-jerk reactions if we’re to move forward.

Most importantly for me, expatriating has been the starting point for discovering who I am, and finding my voice. Since moving to Canada, I’ve seen my writing published in newspapers and magazines, I’ve connected with inspiring individuals and been re-Tweeted by thought-leaders. Speaking out and standing by my words is a major development for someone who couldn’t bear the sound of their own voice and whose first line of defense was always silence. By travelling here, I unwittingly began a much greater journey; one in which the eight-hour flight was just the beginning. I began to reconnect with who I really am, slowly returning to that core identity that defined me before my spirit was crushed, my personality driven underground. It’s as though I’d been buried alive and I’ve finally broken out – like the scene in KllBill where Beatrix Kiddo emerges from the grave of Paula Schultz. Who’d have thought I’d find myself so far from all I knew?

But isn’t that what allowed this process to begin? In an alien environment you’re thrown on the mercy of your own inner resources in a way you can never be at home. Home is about functioning within the parameters of the personality that’s been defined by the people and the environment around you. You lose all that when you move abroad. Like an animal in a field whose gate has been left open – you can choose to explore beyond the known boundaries, or you can continue as you are. Each little victory, each achievement, strengthens my newfound resolve to make every day count. There’s a whole world out there, full of infinite possibilities and shades of my personality I haven’t met yet. If I hadn’t taken this leap I would never have:

Goethe said it best when he wrote:

“Nothing is comparable to the new life…in a new country. Though I am still always myself, I am changed to the marrow of my bones” ~ Goethe

Have you ever wondered who you might be in another country?