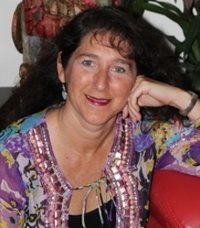 Pinch me! I’m really living on an island. It’s been a dream of mine for a very long time. I actually grew up in a small province of Canada called Nova Scotia that is almost an island except for the swatch of land connecting it to New Brunswick. For the first half of my life I was never far away from the Atlantic Ocean… that, coupled with being a water sign, clinched it for me. I’ve always been drawn to any large body of water, only as I got older, it had to be in warmer climes.

During our working lives, so many of us dream of digging our toes in the sand, sipping on our cold beverage of choice and watching the sun dip lazily into the sea at the end of the day. Then reality takes over and you’re slogging away again at your desk grumbling that it wouldn’t be that great anyways, right? A week or two escaping for vacation is great, but you’d eventually get bored with it 24/7, wouldn’t you? After a year in Phuket, I can wholeheartedly and exuberantly say a loud and resounding NO!I might feel differently if we had settled on a smaller island that would probably have a similar feel and lifestyle from coast to coast, with not a whole lot of variety and a constant hum of same old same old. Not Phuket…. Let me take you on a quick tour of only a few of the many personalities of Phuket:

Bang Tao Village
We did choose to spend the majority of our time in a sleepy little village called Bang Tao. Our home is nestled in a local Muslim community where we are awakened by the Muezzin’s call to prayer (reminiscent of our days in Dubai) and where I frequently have to wait for the chickens to cross the road or even chase them out of our garden and back into their own ‘coop’ next door (the polar opposite to Dubai’s mega-million dollar sky scrapers and pure ‘chic’-ness). I often chuckle to myself as I remember the old ‘why did the chicken cross the road’ joke and the age-old saying that someone has ‘flown the coop!’ There are a few resorts in town since the beach is the longest and most beautiful on the island (in my opinion) and things do get a little livelier during high season (January – March) but we can hide out in our little oasis if we so choose.

Patong Beach and Phuket Town
If we want to emerge from our cocoon for some ‘action’, the crazy tourist mecca of Patong is only a 20-minute motorbike ride away (I believe I mentioned it in a previous column). Bangla Road is an infamous walking road with wall-to-wall bars, Muay Thai boxing rings and cabaret shows, which you don’t really need to see since the real show is swirling around you right on the street. For some historic flavour, lots of street vendors and heaps of shopping, Phuket Town is not much further away and will bring more than enough excitement to relieve any island boredom that may have set in.

Rawai Beach
If we need a real remote, relaxing day to recover from the excitement of Patong, or just a little get away day trip, we can head to the southern most tip of the island. A short hop beyond is a pristine beach called Rawai. We often drive straight down the west coast (well, there are lots of twists and turns but you get the idea) and are rewarded at every turn by sparkling vistas of green waters, dotted with secret coves and little known bays.

Laguna
For those who prefer to enclose themselves in an expat enclave, there are several to choose from. Laguna is the one closest to us and boasts miles of single-family villas, low-rise apartment buildings and its very own four and five-star resorts. It’s even the host of one of the Iron Man Triathlons. If you lived there you could really forget you’re even living in an Asian country as it looks like any westernized community that could have been parachuted in from anywhere.

Side Streets and Hill Tops
Exploring down any of the many unmarked roads that have sprouted like vines from a bean-stock throughout the island will often lead to dead ends. That combined with the scarcity of road signs means most travellers will keep on going. However, ignoring the directional advice of the GPS has netted us an amazing peek at sprawling rubber tree farms as well as water falls atop of mountains hidden by overgrown pathways that an adventurous spirit and trampling of weeds can easily overcome.

Never Bored
I am still working as a freelance writer so most of my days are spent at my desk typing away. The variety of this island’s ‘personalities’ that surround me provides constant inspiration to keep the creativity flowing and oodles of motivation to help me get back to work whenever a writer’s block should rear its ugly square head. If a bout of island fever does sneak up and we’ve got to get away… there’s always Bangkok!