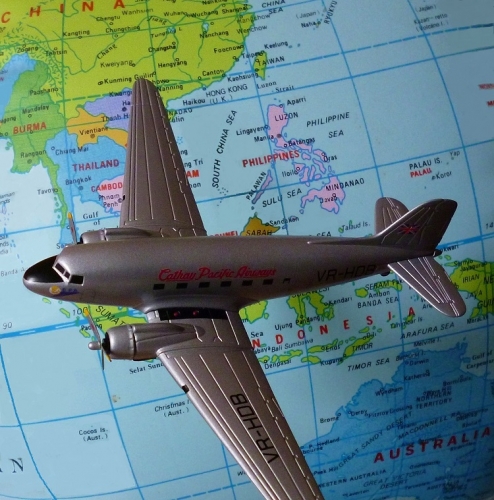 Welcome to this new column which I hope will provide an insight into the Hong Kong way of life, its challenges and rewards, set against the Territory’s spectacularly diverse backdrop. We are two Brits who returned here almost three years ago now after a stint back in England. In this first edition however, I would like by way of introduction to tell you something about why and how I become the accidental expat. I hope it will amuse and inspire.In 1974 I left school with nothing in the way of O-levels or CSEs which wasn’t too unusual at the time. Ours was a staunch mining community and youngsters in such a pickle would traditionally have gone down the pit, joined the army or ended up working for one of the many factories for which Nottingham was famed, typically: Boots, Raleigh, John Player, Plessey or Royal Ordnance. Many of these would offer jobs for life and, for you, that would be it; the sort of melancholic scenario described by writer Alan Sillitoe in several of his locally-based stories. Formal careers advice for us was non-existent, ours was not a posh school; the notion of finding such a ‘for-life’ position though was still encouraged by peers who reckoned it would be very much in our own interests if we got one. I didn’t however and ended up instead as a trainee draughtsman with a small engineering company.

The firm had been established in 1865 and seemingly little had changed since. I’d swear the smell of horse still lingered in the storeroom, the founders having used it as a stable when riding to work a century ago. Anyway, training and college were fortunately provided and that was all important in my day. In the 1962 movie adaptation of the novel A Kind of Loving, you may recall the drawing office scenes in which Vic, the main character played by Alan Bates, set busily about draughting. Well, our office, furniture, fittings and aura, was almost identical to that, uncannily so in fact. Coincidentally I bear a few similarities to the book’s author, Stan Barstow; son of a coal miner, entered the drawing office of an engineering firm at 16 and stayed for seven years – snap on all three!

During my time however, things rolled along quite nicely. The idea of working outside the county, let alone the country, had yet to register. Interestingly, a senior colleague corresponded structural designs with a pal in Malawi which piqued my interest, but only from a ‘how exotic’ perspective. So, for me, this job might have been forever had the firm, despite valiant attempts at modernisation, not gone bust seven years later.

And that’s when things started to get interesting. Not only was this a personal watershed but society and the nature of the job were changing too. Those traditional industries were crumbling along with the idea of a job-for-life; also, job-hopping was becoming increasingly popular, millennials may think they invented the practice but I’ve a feeling it extends considerably further back in time. So, our merry band of colleagues dispersed, I went off to study at Nottingham Trent University, gained an engineering degree and ended up in London a few years later. As a matter or interest, the old firm, as is the wont of unwanted industry, became a housing estate which at least bears the company name.

I wouldn’t say that having a degree necessarily makes you a better engineer but you certainly learn a lot and it opens a lot of doors, all of a sudden your day-job becomes a career and you can do a lot with it. I quite liked working in London, the projects were interesting, people were great and the location, a lovely Georgian house near Baker Street, was very pleasant. But it wasn’t quite enough, I needed more and the morning tube into work was getting tiresome. I’d already worked for a sub-contractor, a main contractor and now a consultant and had also moved around the country, so what could be next?

An overseas posting I remember contemplating, that’s what my innards were prompting me to search out; possibly for reasons of restlessness, maybe the challenge, a yearning for adventure, to banish that morning drudgery, the humdrum or the opportunity to exchange those cold flagstoned streets for warm palms and beaches. Yes, I could see it all clearly and it would do very nicely thank you! There was also constant advice from industry seniors to get yourself abroad, the experience is both fantastic and priceless and you’ll never look back. In a normal recruitment scenario, they preached, a CV with a reference to some overseas stuff is guaranteed to get you noticed.

So I started looking. There weren’t too many opportunities around at the time but I eventually stumbled upon a post in Nigeria, not my first choice admittedly but that was okay, it sounded a reasonably interesting country though my only real knowledge was that of the Biafran War in the 1960s.

The world's your oyster

If you’re going to make the effort to live and work abroad and there’s a choice, then I think it’s important to pick somewhere of interest. After all, what do you do if having gone all that way, you find the job isn’t quite what you want and, damn it, you’ve just signed up for 12 months? At least living in a place with lots going on should give you an alternative focus to see the job through and you might even start to like it. I’ve seen the damage excessive boredom can lead to and it isn’t very pretty. So choose wisely.

By example, I had, a couple of years previous to this, been offered a land surveying job in Qatar; I was fine with the job but the place failed totally to tickle my fancy. Worth mentioning that Qatar, like much of the region then, was not the place it is today; this was probably the start of the Middle Eastern mega-city boom, hence the type of job, working from the ground up. So, Nigeria it was though many folk regarded me as stark, staring mad; it was a bold move and I have to admit that at this stage, whether I’d enjoy it or not was neither here nor there.

So off I took on my first ever flight, not sure that would be the case with today’s well-travelled youngsters! And as for communication, well, it even took a few weeks to get a message home to say I’d arrived safely, at least that’s one good thing to have changed with the advent of modern media! Worth mentioning is at this point I regarded it very much as an overseas work contract rather than an expatriate posting. So, new job in a new country in a new culture, how does one start to describe it? Let me try; and culture shock is too short a term to cover even a part. 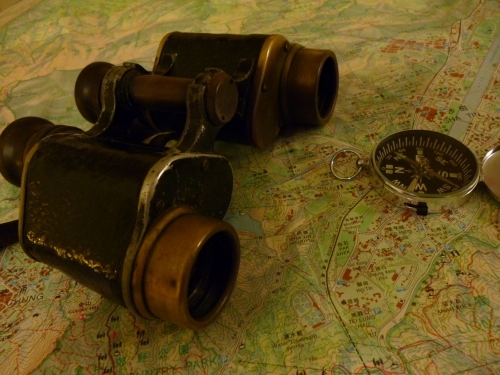 Where to? Choose wisely!

So here goes: the Nigerians themselves were very stoic individuals, enduring life with a dignified resignation of their lot. There was no disapproval of my appearance, unlimited friendliness in fact, only some curiosity as to why I’d bothered to come all this way when most of the population were dreaming up schemes of fleeing in the opposite direction. It was a question I was to ask myself on numerous occasions as Lagos certainly tested one’s mettle.

The air was constantly hot and thick, the squalor, smells, crowds and traffic, usually going nowhere, induced a never-ending languidness in the heat of the day – and night! The markets and sights were wondrous, though in contrast the entire city was evidently subsumed by flies, mosquitoes, cockroaches and scammers. You forever encountered beggars, others lugging ungainly bundles and continuously on the move, continuously trading; an exploding population forever muddling along the city’s dilapidated infrastructure. And then there was corruption, which had become ingrained in everyday life; even opening a bank account or securing a work permit necessitated a modest bribe. It was chaos, organised chaos some might have said but in the end you always found yourself making allowances for things not working. It was as if the country was forever trying to discover new ways of things, author Chinua Achebe would proffer, falling apart. You can tell I was starting to like it!

On my first home leave I recall my mother talking with a close friend when soon enough the subject of me entered the conversation. You know how mothers are; they carried on chatting about me and over me even though I was there, 26 years old and taller than the pair of them.

Anyway, the friend suggested with undoubted wisdom and experience that my having done what I’d just done meant I would never settle back home again. I thought about this for a moment and dismissed it as an unlikely outcome; I’d finish my contractual year, come back grateful for the experience and do something else. Of course, mother’s friend was spot on and I always remember that conversation as forecasting a future even I hadn’t envisaged. So of course I returned to Nigeria and ended up signing on for another year and a half.

So that’s how it happened, seems I’d become the accidental expat! If anything though, perhaps the term ‘serial expat’ would be more apt nowadays as it didn’t stop there; my life punctuated by return spells in England during which I could clearly ‘never settle back home again’. Each time it was pleasant enough initially but lacking that certain edge the days soon palled. Perhaps life was too ordered, too formulaic; things would always turn out right. So I always knew when it was time to get back in the saddle, an action which took me happily on a 14-year working sojourn to India, Japan and Hong Kong, our current home and a place I’m looking forward to telling you all about.

Incidentally, they were right about working abroad, it really is an amazing experience, and it’s not all about dodging Nigerian scams or Japan’s unavoidably low ceilings, which can literally force an impact. Involvement in the job can be much broader than back home; you can find yourself almost single-handedly running a contract, the entire scope from conceptual discussions to design and construction. It’s a thrill to witness your sketches materialising before your very eyes, even better to note the benefits, maybe jobs and security if commercial, or a service to society should it comprise sanitation, medical or educational facilities. Indeed, you could find yourself involved in making a significant difference to the world around you. Today the opportunities seem infinite with so much British engineering expertise currently operating all over the world, be it research, consultancies or contractors. I would urge anyone who finds themselves at a career or life crossroads, or might simply fancy a big change, to give it serious consideration. Believe me, you won’t regret it. If I can do it, so can you!