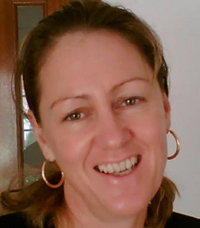 The Way of St. James was one of the most important Christian pilgrimages during medieval times. Legend holds that St. James’s remains were carried by boat from Jerusalem to northern Spain where he was buried on the site of what is now the city of Santiago de Compostela. It is also a pleasant hike.

With this in mind and with the Easter break to hand, a couple of girlfriends from my Uni days (one who lives close and the other who came over from Scotland specially) decided it was time to test our hiking skills and attempt the task of walking from Caminha in Portugal to Santiago de Compostela in Spain.One fatal night, after one too many glasses of wine, I talked myself into going along for the first two days. Much jeering was heard in response from hubby and my dad who both seemed to think I didn’t have it in me.

The idea was to meet up at the ferryboat in Caminha on the Friday and start the actual walking from La Guarda in Spain.

My two friends were already at the coast and I was to get up at 6.30am and drive up to Caminha to meet them for an early start. Whether the ferryboat runs or not is dependent on the tides and on our chosen day the tides, quite inconsiderately, decided not to oblige. My friend was forced to drive us into Spain and leave her car there. Not always a good option but in her case, since she had just had a car accident which resulted in the boot not opening, she had the attitude “well if it’s not there when we get back the insurance company may give me a better one”. To which my other friend replied: “I doubt whether anyone would be interested in your car anyway”. We set off on an optimistic note.

The first 10 kilometers or so were quite enjoyable. My son had given me some rucksack advice and had selected one of his 5 rucksack options for me, one with a decent back support.

Actually it was twice the size of my friend’s rucksacks and half empty but at least I was comfortable enough and looked the part. We stopped for a light lunch of tortilla, Parma ham, beer and fresh bread in the beautiful cove of Oia, all for under 10 euros (for the three of us!) The locals were really friendly and were all intrigued about where we were from. One older man said he had worked most of his life in France at which point my two friends bombarded him with French. He looked totally bemused and went very quiet.

After the next 10 kilometers there was supposed to be a hostel (not that we planned to stay in the hostels. We had decided that we would stay in reasonably priced hotels at the end of each day and treat ourselves to a congratulatory G + T on arrival in Baiona a further 10 kilometers down the “way”).

We asked directions and got a response in Spanish. I still maintain that the answer was to go up and round for a few kilometers through a rural area then swing back down onto the road we were following. One friend understood we should head off up the mountain and the other thought he had mentioned a square with cafés. We got lost. It had started to get really hot as we climbed further away from the coast. I had visions of us spending the night stranded up in the mountains. Fortunately we stumbled on a village Cultural Centre a little higher up with a café where a really nice lady, who served us coffee (with a plate of green olives?), put us back on the right track.

The last 5 kilometers were hell. We started playing a game to keep us sane.

When I get to Baiona I will have:
This started off quite well with things like a “F”antastic plate of tapas, an “I”nteresting conversation, but by the time we got to “J” it had deteriorated into visualizing the only thing that was enabling us to keep putting one foot in front of the other. A “J”olly good G+T, a “K”ing size G+T, a “L”ong slow gin, ..you get the picture.

Suffice to say we lived to tell the tale although I was quite glad to be collected by hubby on the Sunday and whisked back home. My two trooper friends carried on to Santiago, fuelled by a selection of Spanish G+T´s like only modern pilgrims can be. When they got the bus back the car was waiting where they left it.

To connect with Christine via Twitter and Linked in and find links to her e book and other written work visit her "about me".