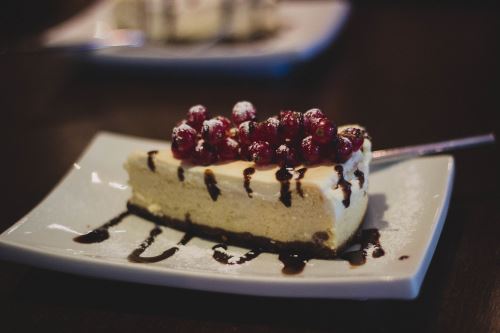 There are lots of good reasons to start or run your business abroad. Here are six great ones.

Judging from my personal experience and observations as well as from speaking with others, I’ve come to the conclusion that it can be a very good idea to start or run a business abroad.In the US, I founded, funded, ran and sold two companies, helped a dozen more go to market, and was a guest lecturer at business classes at the MBA school at the University of Arizona. Now with the knowledge I’ve gained from living outside the US while running Best Places in the World to Retire, and from hundreds of interviews on our site with business owners operating their companies in the countries we cover, I can share with you the advantages of starting or running a business in the US compared with what it’s like in Mexico, Panama, Belize, Nicaragua, or Portugal.

Here are my top six takeaways:

1. The Personal Cost of Living Can Be Much Lower

Our company recently conducted two studies that included the cost of living in the countries we cover in which respondents reported costs of living roughly half of what they were in the US or Canada. There are several reasons this is important when starting or running a business:

– You can have more money left over to invest in your business.

– You won’t feel as pressured or panicked to make potentially premature business decisions, and therefore, you can be more strategic and think longer term.

– You can also be more strategic and take more time to evaluate alternative businesses with a clearer thinking process, because you’re not as worried or even worried at all that the business may not be able to generate a profit quickly enough to cover your living expenses.

2. The Cost of Running Your Business Can Be Much Lower

At the risk of stating the obvious, here’s a golden rule of business:

“There’s a very good chance that your business won’t be successful if it can’t operate because you ran out of money.”

In the countries we cover abroad, it costs much less for items such as rent and help. In many instances, you can hire qualified local people at substantially lower wages than in the US, which can be a huge help. For example, it would not be unusual in any of the countries we cover to find office help for $5 per hour, competent web programmers for about $10 per hour and web developers for $5 – $7 per hour. You may be able to find the same thing online in India, but there’s still a lot to be said for meeting and working face-to-face.

3. You May Get a Great Idea Because Your Perspective Is Different

It’s a lot more likely that you’ll have that brilliant flash of insight after being placed in a different situation than you would if you stayed where you were and did what you’re always done. Living abroad can jolt your mind to consider alternative methods, perspectives, and even realities. It is good to subject your brain to all of this, and then see what it can come up with.

Foreign Earned Income Exclusion – the icing on the cake

Less exotically, you may have a big advantage over the locals because you come from the US or Canada, because perhaps you’ve seen what works and what doesn’t before the locals have tried the same thing in their country. While your business may be years behind in the US, you may be just about right on time in Mexico or Nicaragua.

4. There May Be Less Competition

For a whole variety of reasons (most of which are not business-related), not all your competitors will choose to live abroad, which gives you fewer businesses to compete with. Let everyone else fight it out in the US and Canada, while you may have the field almost to yourself in Belize or Panama, or even Portugal.

5. You May Be Able to Earn US / Canadian Amounts of Money While Enjoying the Lower Costs of Where Your Business is Located

If you compete with the locals in the way that locals compete for local customers, you will probably make money in line with what the locals do, which in most cases (but of course, not all) is less than thrilling. However, perhaps you can sell to those in the US or Canada and charge them US and Canadian prices, all while you live abroad. There are lots of people and entire companies that do this now, many of which have been doing this for some time.

When I had a clinical medical software business, I ran into a company that sold in the US but was located in Argentina. The CEO told me that, because of the lower costs in Argentina, he was able to survive the tough times the industry experienced several years earlier to the point that, now, he was quite successful. If, on the other hand, he had been located in the US during these tough times, he would have been bankrupted. For him, the difference was binary: bankruptcy, or success.

With the virtual ubiquity of Internet connectivity even in large parts of Third World countries and places in between, there are now lots of businesses that can be run from lots of places outside the US and Canada with a good connection. For starters, think of all the people in the US who work remotely. If their company or client were located, for example, in Chicago, what difference would it make if they were shivering in the snow while living in Minnesota, or if they planned on visiting the beach after work because they lived on an island in Belize? How would their client even know the difference?

The result of making money in a relatively high price area such as the US or Canada while at the same time living in a lower cost of living area like Mexico, Panama, Portugal, Belize or Nicaragua is a big bump in your personal lifestyle, which is one of the main reasons you’re in business in the first place, right?

6. If You’re a US Taxpayer, You May Qualify for the Foreign Earned Income Exclusion

The bad news for US taxpayers is that you must pay taxes on worldwide income, regardless of where in the world you live or where your sources of money come from. However, the very good news is that, if you meet the IRS criteria for living abroad, using the Foreign Earned Income Exclusion (explained here), you may be able to exclude more than $100,000 in earned income from your personal tax return if you file single and double that for couples. If everything else you just read in this article didn’t convince you, this huge slab of icing on the cake but with no negative caloric or health consequences may be just the added incentive that causes you to reach for that fork.

Chuck Bolotin is with Best Places in the World to Retire, which has more than 9,500 answers to the most often asked questions about moving abroad, more than 350 expat stories, and a questionnaire called Location Advisor. Recently, Best Places published several research studies about life abroad and a book about Chuck's road trip -- Our Year on the Road & Living in Mexico-- Adventure, Challenges, Triumphs, Lessons Learned, all available for free download.