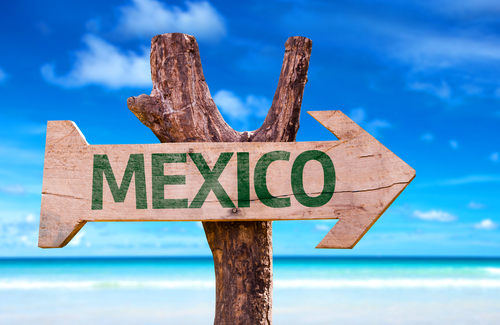 One of the most important questions to be answered for anyone considering moving to Mexico, and especially for retirees, is “How is the healthcare?” This newly released study provides some unanticipated answers.On our site, Best Places in the World to Retire, we have answers to questions about healthcare in Mexico provided by several dozen expats. In order to get additional and more formal answers, our company, in conjunction with eight newspapers as co-sponsors, conducted a study of more than 1,100 expats currently living in Mexico. We asked a variety of questions and broke out the answers based on several criteria, including the age of the respondent, what country they came from, how long they had lived in Mexico, where they lived in Mexico, etc. The study had a margin of error of 2.9% and is available for free download by clicking here.

In addition to questions that yielded numerical results, we asked our respondents for their comments, which many times were very helpful in explaining the reasons behind their choices. A common theme was the observation that doctors in Mexico spend much more time with their patients than our respondents were used to in their home countries, with many respondents remarking (almost in shock) that many doctors in Mexico gave their cellphone numbers to their patients and even made house calls.

It would be difficult to look at the results of our study and not conclude that one was not only likely to be able to receive high quality, low cost healthcare in Mexico, but that such occurrences were common. While in the past, a major reason for not moving to Mexico was the perception that it would be difficult to get good quality healthcare, that same desire to obtain good healthcare at a good price has now become a major reason to move to Mexico. As with many perceptions about Mexico, low quality healthcare for expats appears to either be outdated, or simply inaccurate.

"Essentially you cannot sue a physician here; therefore, their overhead is very low. You get treated as a person, not a number. The doctor takes much more time with you for a low cost. You even get their cell phone numbers, which the majority will answer." – 65+ year old married, fully retired female from the US living in the greater Lake Chapala area 6 – 10 years.

Here are some examples of the questions we asked, and the responses.

Our first question asked our respondents to compare the quality of healthcare they received in Mexico with their home country. Those not living in Mexico or knowing those who do may find the results quite surprising. While 43.3% of the respondents rated the healthcare quality in Mexico either “Much better” or “Somewhat better”, only 15.9% rated it “Somewhat worse” or “Much worse.” When we broke out which areas in Mexico our respondents gave the highest marks for quality, the Lake Chapala / Ajijic area came in first.

Our respondents were even more enthusiastic about how accessible healthcare was in Mexico, with more than 58% rating it “Much better” or “Somewhat better” than in their home country.

"All that is needed is to call or go to the medical office and you do not have a long wait or to hear a lecture on why you should have called first. Doctors and vets make house calls." – Lupe Y Ambrose, from the US, living in the State of Yucatan 2 – 5 years.

"Access to healthcare in Nova Scotia is so bad, that there is no comparison to be made. I might have waited a year for an MRI in Nova Scotia, and here it was two days." – Robert Bridge, living in Baja California Norte for 2 – 5 years.

The second most lopsided result we received was relative to cost, with more than 72% reporting their cost of healthcare in Mexico of from one half to one quarter what they would pay in their home country, resulting in savings of many thousands to tens of thousands of dollars. Some of our respondents even reported that when their friends visited them in Mexico, many of their friends had planned medical visits worked in.

In a land known for very satisfying but not especially healthy food like tacos, enchiladas, chips with guacamole and of course, great margaritas and lots of partying, a big surprise was that expats in Mexico reported that they had a healthier lifestyle in Mexico than in their home countries, with more than 71% reporting a lifestyle either “Much healthier” or “A little healthier” in Mexico than in their home country.

In order to explain this, in their comments, our respondents reported easier access to less expensive fresh fruits and vegetables, more walking, and less stress, all contributing to an overall healthier lifestyle and therefore, less need for a visit to a doctor in the first place.

In order to put these and other results of our study into context, we urge readers to take into consideration many caveats explained in the study, among them these two points:

– Also, just like other countries, there are some places in Mexico with better healthcare than others. For example, don’t expect a huge hospital in a rural area.

The study contains other questions and answers, more comments, and a ranking by our expat respondents of the expat locations with the best healthcare in Mexico.