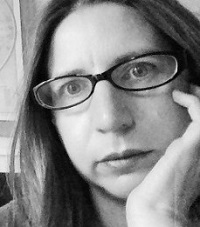 I’m later than normal writing this post because this month has been a little hectic: I have finally launched my book, the Expat Partner’s Survival Guide.
In the making for the past three or four years, the Survival Guide is aimed at anyone accompanying their partner on an overseas posting (I use the word ‘posting’ fairly broadly here; what I mean is, someone who is moving somewhere overseas with the intent to eventually move on and at some point return to their home country). The reason I wrote the book is because I myself have been an expat partner – and I know how hard it is.In my last post for Expat Focus, I answered the question: Accompanying Spouse: What is it? I hope that in answering this question, I have already managed to explain adequately why I think there was a need for the book I have written. But if not, let me share a couple of stories with you.

Firstly, let me tell you about Rachel. Now Rachel never thought she would an expat. She was doing well in her career, and was settled happily in the UK. Until she met Joe. Who happened to have a job that had an element of portability to it. In other words, when he reached a certain point in his career, he was strongly encouraged by his bosses to apply for an overseas job. Joe and Rachel were, by this point, engaged. And the fact that there was a possibility that Joe’s job might be about to take a global turn didn’t put them off organising, and going ahead with, their wedding. Although Joe had applied for an overseas posting, it was by no means guaranteed. So they put it to the back of their minds and carried on with their lives.

Until, one day, the fateful email arrived in Joe’s inbox to tell him that he had passed his interview with flying colours and would he like to go and live and work in Panama for four years? Although not totally unexpected, this news was still quite the thunderbolt for Joe – and he also knew he needed now to tell his new wife.

Rachel took the news well. Although she had always lived in the UK, she felt she had an adventurous streak and as soon as her husband told her about the job she started planning trips to the beaches, the jungle…..She also decided that she would like to carry on working while they lived in Panama and confidently told all her friends that not that much would change for them – they would just be living somewhere a bit warmer!

As the day for the move crept closer, Joe attended training courses for his new job while Rachel carried on working right up until the last moment. They were lucky and had help from his office for the move – although knew at the other end they would have to sort things like finding an apartment and getting a car for themselves. Joe was due to start work straight away, so Rachel assumed a lot of this would be up to her. Still, it would keep her occupied as she looked for her first job.

Well, anyone who has made a move like this will probably know what’s coming next. Joe and Rachel flew to Panama, full of excitement and a bit of trepidation. Joe started his job a couple of days later, taking the hire car with him. Rachel sat in the hotel room and cried. She had no car, they couldn’t really afford to rent two, and besides which she was terrified at the idea of driving alone in this new city (so had Joe been but he realised he had little choice but to get on with it if he wanted to get to his new office). Rachel needed to find a house, they really wanted to get out of the hotel room they had based themselves in on arrival. But she didn’t speak a work of Spanish and really just didn’t know where to start. She didn’t have a friend in the city and no way of meeting anyone. And Joe had called from the office to tell her that unfortunately it was unlikely she would get a work permit based on his visa. Her dreams were falling apart around her. She had no idea it would be like this.

I won’t go on. But let me get to my second story. This is one about another couple, this time I will call them Sarah and Simon. Like Rachel, Sarah had never been an expat and up until the day she met Simon, had never even thought of moving overseas. However, she knew from the moment she met him that an expat life was always a possibility, so began researching what this would be like as soon as the relationship started to become a bit more serious.

Like Joe and Rachel, Simon and Sarah decided to get married around the same time as Simon first applied for an overseas job. Unlike Joe and Rachel though, they didn’t allow the excitement of their wedding celebrations to forget about the posting – and so when the news came through that Simon’s application had been successful, they knew exactly what they were letting themselves in for.

The months went on and, while Sarah kept working, she also kept planning. She had looked into the possibility of getting work at their destination country and realised it was unlikely she would be able to – at least, not straight away. So she had signed up to do a novel-writing course online, beginning a few weeks after they arrived. She had also started Spanish lessons (they were moving to Mexico) and had emailed a couple of Spanish schools at their destination to ensure she could continue when she arrived.

Although Simon’s company were helping with the move, they had been told they would have to make most of their own arrangements at the other end.

So between them they decided that a relocation company would be a good investment, and had already arranged for someone to start looking for an apartment for them. They organised viewings for the first weekend after they arrived, and also made sure they would be able to look at car hire for both of them from day one.

As the day moved closer, Sarah joined some expat forums and started making friends with other British spouses already in the country. They told her where to meet people, encouraged her to get out and about as soon as possible and a couple of them volunteered to show her around when she arrived. She was nervous about her Spanish, but they reassured her that even a few words would help tremendously.

Eventually the day of the move arrived and Sarah and Simon flew to Mexico City. They were met at the airport by their relocation agent and taken to the temporary apartment that had been rented for their first few weeks. Simon did have to leave for work the next day, but Sarah had arranged to meet with a couple of the other spouses from the expat group she had reached out to. She was also looking forward to viewing the apartments at the weekend, and to starting her online course. Through her online contacts, she had found a gym to join and was due to start Spanish lessons the following week.

All in all, she knew the next few months wouldn’t all be plain sailing, she knew there would be downs as well as ups – but she felt prepared.
Guess which of these two women had read my book?

NOTE: I realise that I have used a very stereotypical example here of the men going to work and the women staying at home. In the Expat Partner’s Survival Guide I do feature a section on male trailing spouses, and I do include contributions from men throughout the book. However, the reality is that the vast majority of accompanying partners are still women, and a lot of these women still can’t work.