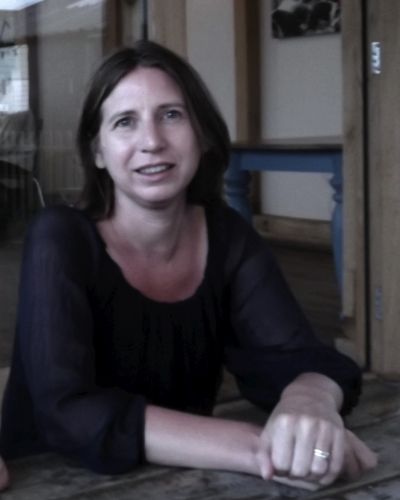 It’s been a long, long time coming – but here we finally are: South Africa. And what a relief it is!

The last few weeks in the UK were, like I am sure it is for most expats, quite exhausting. We had planned our getaway well – the packers came the day the girls finished school; we moved into temporary accommodation near our house for a week while the decorators painted it from top to bottom; my husband left for Pretoria at the end of that week while I took the girls to spend a week with my parents; we then had a few days in Devon with my extended family (and a hire car – after I sold the second of our family cars to a friend); we drove up to Heathrow and flew out here a week last Tuesday night.All nice and straightforward. But what that brief description doesn’t encapsulate is all the packing and unpacking; the living out of three suitcases; the dealing with the emotions of a very over-emotional seven year old who really did not want to leave her best friend; the last-minute crisis’ involving the blinds-man (turned up a day late), the packers (didn’t pack as much as they should have…) and the slighty-too-small hire car. As well as the non-crisis’ like trying to sort out last minute credit card issues and the long, long day trip to Gatwick to deliver the car to its new owner.

However, relatively speaking I think we got off pretty lightly – everything went more or less to plan and arrival in Pretoria – where my husband had already been living for 10 days, had successfully completed his handover with his successor, had a car, internet access and a television contract all sorted and had even managed to semi-stock the fridge – was probably as easy as it was possible to be. Since last week, we have semi-settled in to our house (although we are still living out of suitcases until the rest of our stuff arrives), had a couple of day trips, managed to hire me a car, fully stocked the fridge and started the children at their new school.

Part of the reason things went well this time is because I have done this before – and I have learnt from my mistakes. Following my own advice in my book, the Expat Partner’s Survival Guide, we decided the three things we would do to make life easier this time round was: 1) ensure the packers came while the girls were still at school; 2) send my husband on ahead to allow him to have his handover without worrying about having to look after us, and to get things set up in the house and 3) not arrive until just before the children started school here. The last in particular has been very important – it meant they only got less than a four-week break for their summer holidays this year, but they were rapidly getting bored stuck in the house without any of their goods and no friends. Now they are busy every day and the weekends are open for exploration and catching up on sleep!

So it is really nice to know the advice in my book works! Of course I would love to hear from others who have read it how helpful they found it, but I continue to remember back to particular points in the guide as my time here continues. It’s very early days, but so far I have very few friends and no social life at all. Sometimes I feel myself starting to panic about this – and then I remember the bit where I told people not to worry, that this would change and get better, you just needed to give it time! After all, I have only been here 9 days! I am sure I will start to meet people soon, and if I don’t that’s ok too – it’ll happen when it happens.

Otherwise, I am also remembering a lot of the advice I give on security – particularly about how vulnerable you are when you first arrive in a country.

South Africa has high crime stats, and it’s really important to be aware of this when you live here. Actually, it’s not something you can ignore – we live behind bars and barbed wire fences. However, it’s when you are out and about that it’s easy to get complacent especially when you don’t yet understand what behaviour in the people around you is normal and what is something to be wary of. In Jamaica, for example, we knew that if you suddenly realised the streets were empty in the middle of the day, that was not a good place to be. It’s also important to know where the places are to avoid – and then to avoid them, especially right now at the start of my time here when I am still finding my “danger” radar.

So far though, I have been more impressed with how non-threatened I feel rather than how scary everything is. Yes of course you need to be sensible (and more so at the start while you are getting to know a place) and I’m not totally naïve. But it is nice to realise you CAN walk around outside, the people at the traffic lights beg but they are not intimidating (how intimidating can a smile and a little plea be?) and in fact life can carry on almost as normal here for us? Ok, not really but perhaps more normally than I had feared!

We’re settling in. I have managed a few drives on my own, found supermarkets, got lost and then found my way home (always an important part of arriving in a new country), cooked a couple of meals from scratch, worked out a few places to take the children at the weekends and even got a couple of numbers in my phone. It’s still early days and yes there will still be a lot of ups and downs to come. But so far – so good!