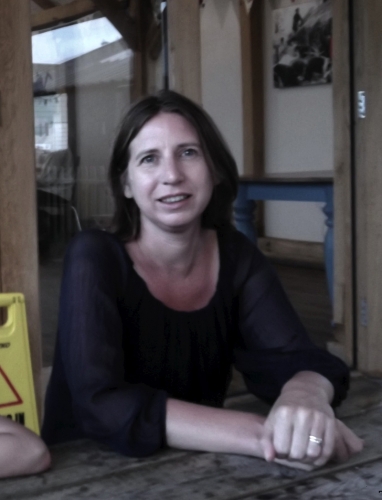 This month, the deadline to write my Expat Focus blog has crept up on me so stealthily that I can’t believe I really need to get this post written so soon. We returned from a much-needed holiday in Florida just three weeks ago. Since then, I have been playing catch-up with both work and blogging – and at the same time, preparing for our now very imminent move to South Africa.

In other words, I have run out of time.All of you who are currently caught up in the annual moving exercise – moving away, moving home, moving between – will know exactly how I feel. I have so much to do, I end up doing nothing. Sometimes I sit on a bed, surrounded by piles of unsorted clothes or unwanted books and just stare into space. It seems so much easier than actually getting organised.

But I will have to focus sooner or later, and this week I have really started trying to plan ahead with work (and blogging) so that I can clear the decks completely for the last week in our house. The week when we will need to move mountains (and piles of clothes/books) to get everything ready for the packers. That will also be the last week we will have before the children finish school, so it really is the last week for a while that I will be able to be in any way productive.

So, this is a long way of saying that I won’t have as much time as usual to craft a clever Expat Focus blog. Instead, I thought, it would be nice to find out a bit more about you – my readers.

Every time I log on to Expat Focus to have a look at how my latest blog is doing, I see the readership numbers have gone up. Some right up – my best posts have had more than 1,000 reads (ok, maybe my OLDEST rather than my best – but some obviously are of more interest than others). Shares, too – some of those blogs are being shared quite widely on Facebook and Twitter.

So what am I doing wrong? Perhaps I am not asking questions, or requesting feedback. Well, if that’s the case, then that is what I am going to do! Maybe I am simply not engaging enough. So let’s try and rectify that.

I’m going to ask a few, simple expat-related questions, give you my own answers and then ask for your replies. I would love to hear more about who it is who actually reads my posts – here’s your chance!

What has been your favourite expat experience?

Hard one as I have so many different and diverse experiences – from climbing mountains in the Philippines to swimming at the base of the Angel Falls in Venezuela; hearing the songs of the Baka tribe in the forests of Cameroon, to getting married on the sea front at one of our favourite resorts in Jamaica. I have had many, many more magical moments as a traveller or holiday-maker, but I think I am going to choose learning to dive while I was living in New Zealand: as much as anything because of the joy it has given me in so many other places.

What has been your most scary expat experience?

Possibly encountering bird-eating spiders in Venezuela, or being taken into caves where dead bodies hung as a child in the Philippines. Hurricane Ivan in Jamaica? Hmmm, I think I will chose the Mariott bombing in Islamabad – perhaps not so much the bomb itself as we weren’t involved (even though we heard it go off) but the aftermath when it felt like anything could happen at any time.

What food has delighted you most on your travels?

I think discovering the food of Singapore while visiting a friend there has to be on the list. Although the curries of Pakistan come close.

Where would you not go back to live?

I would not want to return to live in Lagos – we were there when I was a child and we had a very bad experience (think housing issues, late arriving heavy baggage, security problems, terrifying flying insects, appalling heat, medical evacuation). I know people who have lived there and loved it, but it is tainted for me.

And where would you love to return to?

For a visit, Jamaica. It’s time – we left ten years ago and I would love to take the children there. As a place to live though, I would chose New Zealand. Beautiful country with so much to do. If Venezuela was how it was when we were there, I would go back. And I wouldn’t say no to the Philippines – if they could sort out the traffic in Manila!

So over to you – please do leave some comments, tell me where you are from, where you live now and either answer one or more of the questions above or just say hi! And let me know if there is any aspect of expat life you would like to hear more about. This is likely to be one of my last posts before I move to South Africa, so expect to hear more about that beautiful country from me in the future!