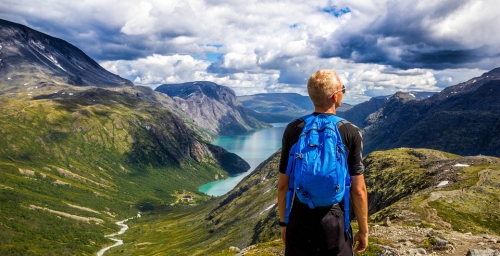 I love hearing people’s stories of how they ended up where they happen to now live. Expat and travel stories are especially interesting, because while they can seem like very random life choices and navigation to an outsider, there always tends to be a clarity and a purpose to how things unfold.

So the traditional expat is someone who moves overseas with the intention of staying away for a longer period of time, but what about the travellers?I’ve noticed a few different motivations and reasons why so many of those travellers seem to become long term expats over the years.

They fell in love with another traveller or a local that they can’t bear to be without. Or at least can’t help but give it the same fair chance as you would if it would have been a relationship forming with someone in your hometown. Love changes our focus more than we realise and it’s one of the many beautiful ways different countries and cultures connect us.

They landed a really good job. Ok, it might have been amazing or it might just be that little bit better than what’s waiting for them at home. This was the case for me, as I had no intentions at the time to stay for more than a year in Australia. But with the right job offer and little else on the horizon, the most compelling thing at the time was to stay. Now 6 years later, I’m still here in Australia and loving it. But I did change jobs after a few years.

They became the student. Many countries these days require special visas and usually by the time the traveller gets to about 30 years old, it gets very hard to find reasons (other than work) to stay. So many travellers I meet have started studies on their second degree/field of study because of inspiration, deep desire to learn or to stay for longer in the new place they love. And quite often it’s a combination of all three.

They found the home they never thought they'd find. It’s hard to explain to someone who has not felt it, but imagine that feeling of walking down a certain street and feeling like this is where you’re meant to be. Not just as a traveller, but this place is meant for you. Somehow you need to find a way of staying here and allowing your new home to unfold. So many travellers I meet have felt lost or a general lack of belonging. So when you find that place that makes your heart sing a bit extra, you hold on tight and allow yourself to sit down for a bit.

Travellers rarely have a plan from a young age to be difficult, live far away and upset everyone they love by doing so. They are simply driven by a deep desire to explore, learn and widen their horizon. Sometimes that takes them very far away from where they started, but the amazing thing here is that the heart has no borders.

I used to plan life in one year increments when I first decided to stay in Australia. But it got very tiring after a while to always extend my “time to grow up” deadline by 12 months, so I just decided to allow myself to be someone who lives here. For however long I’m not sure, but this is my home until I choose otherwise. And as most expats (and many travellers!) would probably agree – we always have more than one physical home. Wherever we are and however far we have travelled.

If you’re curious, for me it’s point 1 and 4 in the above that stand most true. Which ones ring true for you?