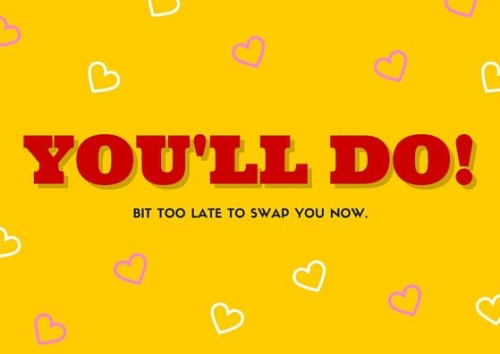 If you live in the US, Canada, Britain, and other parts of the world, right after new year you will start to see a lot of pink and red in supermarkets and stores. Valentine’s Day is approaching and it is a big deal.

Although there are a lot of similarities between Brazil and the USA when it comes to Valentine’s Days, there are also a lot of differences on how the two countries celebrate the holiday.Similarities:

– All restaurants will be packed (although, when I worked in an Irish restaurant, we hardly had reservations, I guess they aren’t considered too romantic).

– Singles, especially teenagers, will want to be with someone. Although before it used to be a bigger deal, nowadays, I hear of a lot of “single parties” on Valentine’s Day. A bunch of single friends will meet up for dinner and have a great time.

In the US, Valentine’s Day is celebrated on Feb 14th. The name is after St. Valentine, who, in Ireland, wanted couples to marry in the Catholic Church. In Brazil, it’s celebrated on June 12th and it has a different name. It’s called “Dia dos Namorados”, which means “Lovers’ day” or “boyfriend/girlfriends’ day”, or “couples’ day”.

In the US, Valentine’s day isn’t only for lovers. You start celebrating at school. Even in kindergarten kids will get a list of all of the other kids’ names and give a card and a candy to each child in their class. They will also give a card to their teacher(s) and favorite people in school. Of course, mom, dad, grandparents, all get Valentine’s cards, chocolate, candy, etc.

In Brazil, as you can tell by the name it’s for lovers only. Everyone wants to be a couple on “Dia dos Namorados” and it’s not a day to celebrate those you love, but to celebrate who you are with as your other half (even if that person is “the right one” only for one day).

In the US, Valentine’s Day is imported from England. The origin of Valentine’s Day comes from the 14th-15th century, when people began to notice that birds were coming out to mate, so then people started to send love letters to their lovers (I don’t really like that word lover, but hey, it’s a Valentine’s Day post). So, when the Brits came to the “New World”, they brought Valentine’s Day as one of their holidays. The present giving tradition came much later, way into the 20th century.

In Brazil, the holiday was also imported from Portugal, but the funny thing is, in Portugal, they celebrate on the same day as in the USA and the rest of the world. I read on different sites that the reason is that we celebrate carnival in February. Now… I have no idea if that’s true or not. The one thing I do know is that because Brazil is a very Catholic country, the day, June 12th, is right before St. Anthony’s day, who is the Saint of ‘ost things and lost people. Meaning, he is known as the marriage saint. So there, because of St. Anthony the patron of love, we celebrate “Dia dos Namorados” in June.

The good news is that in the US, you can celebrate the date whether you are single or a couple. You can enjoy Valentine’s Day, go out with your friends for some drinks, give and receive cards, your options are endless. In Brazil, it’s still a day for the couples, where you enjoy each other’s company and go out for dinner and have a great time together. Coupled or not, go out, have fun and enjoy yourself, just don’t forget that you have another 364 days to enjoy each other’s company and show how much you love each other.

What did you do for Valentine's Day this year? Let us know in the comments!