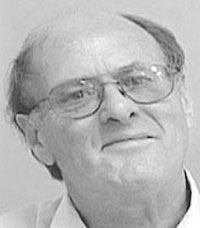 Our Islands are in trouble, following the latest political upheaval. It seems likely that our most charismatic politician, our recently dismissed Premier, will now push for independence from Britain.

He will have his work cut out for him, because all our voters know that our prosperity might not survive the change; but quite a few of the native-born-and-bred (and culturally distinct) Caymanians don’t care about that. They would willingly give up the trappings of Mammon if that would get rid of all expat residents.

Anti-expat sentiment has always been strong in the “real” Caymanian community; no man or woman has ever been elected to our Legislative Assembly except on an anti-expat platform, explicit or implicit.McKeeva (the former Premier) is a persuasive fellow, determined to regain his Office. Only a foolish person would bet serious money against his success.

(Readers who blink at the sight of the words “honesty” and “integrity” applied to Offshore tax-havens should at this point read my blog-post of last August, titled In Defence of Offshore Tax-Havens. I hope it will convince you that we are not all a bunch of crooks down here!)

British colonies are generally perceived to adhere to “the rule of law” – a situation in which published laws are not arbitrarily or dishonestly applied or ignored. It’s a false perception, actually, since crony-corruption is rampant in many British colonies. The former Premier of the Turks & Caicos Islands (TCI), just up the road from us and also a British colony, is reported as having amassed a fortune of $180 million during his six years as head of government. And TCI is a much, much, poorer place than Cayman!

The clerks at the Foreign & Commonwealth Office (FCO) in London took their eyes off the ball with TCI, and it smacked them in the face. The same thing has happened in respect of Cayman. They have proven to be lazy, sleepy, watchdogs, and toothless ones to boot.

Today they are faced with a tough choice: either they must drag Cayman back onto the path of righteousness by means of belated audits and prosecutions, or they might as well cut Cayman loose. Much depends on whether they have the stomach to suspend our Constitution the way they did TCI’s.

Our Islands have been useful to Britain. We have provided a comfortable home for her secret intelligence services (MI-6, etc) for forty years or so. But spy headquarters are never permanent. Moving the regional HQ from Bahamas to Cayman just before Bahamian independence was not all that traumatic. The British Virgin Islands (BVI, yet another British colony) are far more advanced now than Cayman was in the early ‘70s. And the move would be easier now, what with magical modern computers and all.

Linda & I were working in Nassau at the time when the bankers there (my employers among them) were working with the FCO to set up Cayman. Our life then was no less comfortable than life in Cayman is now. It only became unpleasant after we left (!), when expats started to desert the place in favour of other Offshore tax-havens. If Cayman goes down the tubes, expats will not welcome the narrowing of their options. All tropical islands that don’t tax salaries are treasures to be cherished.