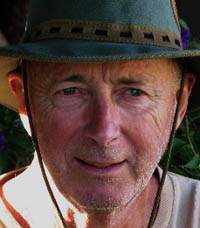 On October 22nd 1995, at the ripe old age of 53 and following a two week cheap package holiday in Malta, I left England’s green and pleasant land for a new life. My destination was Cape Town, a city I had grown to love over the preceding four years on several short visits and longer stays. In anticipation of planting some new roots and finding a new home I had packed and stored my worldly goods and chattels at my mother’s home in Nailsea near Bristol. My travel bags were stuffed to the gunnels with as much as British Airways would allow without requiring mid-air refueling and I was off with no intention of ever returning.But of course, as Burns suggested ‘the best laid plans of mice and men often go awry.’ And so it was when, six months after leaving the shores of my birthplace, I was to return for the first of three funerals between 1996 and 2000. My mother, who had lived alone for fifteen years since my father died, passed away peacefully. Two years later my first wife, after thirty years of mental illness, finally succumbed to the often inevitable end for cancer sufferers. And my eldest, delightfully disarming, son never recovered from a ‘berry aneurysm’ and died in December 2000 at the age of 32.

Although the adventure and my new life were taking shape during this period it seemed strange that I should be pulled back to my birthplace so often to bid farewell to those I loved. It could have given me a guilt complex about leaving but I rationalised that it was purely co-incidental.
The cord was finally cut and I was floating ever further away without one look over my shoulder.

There were a number of reasons but they all added up to one thing. There was nothing to keep me in England. It was a watershed moment in my life. Shorn of my worldly goods, free of encumbrance and no-one depending on me, I felt, for the first time in my life, liberated.
Apart from the fact that I was not in demand and I was fed up with the cold and damp, I had been offered a permanent contract with a new gaming company in Cape Town and a place to live in Sea-Point. How could I possibly refuse? Of course, I didn’t.

Every major life change should be preceded by a short period of relaxation and partying. I had no intention of not celebrating. Re-united with old friends, quite a few new ones appeared on the, what was then, wild free-flowing Cape Town social scene. This was only a year after the ANC came into power and Nelson Mandela took over from FW deKlerk whose son Willem was an integral part of the Cape Town fun lifestyle of the time.

I embraced both my new found freedom and the freedom felt by most South Africans who had been liberated from the manacles that apartheid had imposed on them for years. I was too immersed in the euphoria to think about it at the time but looking back it was very reminiscent of the swinging ‘60’s in England. I should add that I was much better physically equipped to handle the ‘60’s than the ‘90’s but that didn’t stop me.

The short period of revelry I have recounted actually lasted for more than five years so as you can imagine it was some party. I didn’t allow work to spoil the fun nor did I let fun spoil the work so a healthy balance was struck. I kept fit in the Cape Town outdoors, walking and with regular gym sessions I was always in good shape barring the occasional ‘morning after’.

My first assignment for the South African Video Gaming Company was to survey the province of Mpumalanga which connects Johannesburg and the province of Gauteng with the borders of Mozambique and Swaziland in the East. To the North lies Limpopo and to the South Free State and Kwa Zulu Natal.

The purpose of the survey was to identify suitable sites, such as Taverns, Shebeens, Pubs and Clubs where video gaming machines could be placed which had a chance of making good revenue. This entailed not only finding the outlets but of engaging with the proprietors and assessing the viability of each site. A lot of data and a good nose were needed at field level.
After a short reconnaissance trip to the capital Nelspruit and White River I began to assemble my team who would assist me during the coming months. I was introduced to an extrovert character in his thirties called Andrew who had a fair amount of experience of leading field survey teams around the Country. He agreed to join me and undertook to commission a local from Mupumalanga (Solly) who, apart from being fluent in English, spoke all the principal Black languages of the region, namely siSwati, isiZulu and Xitsonga.

So Andrew and I flew from Cape Town to Johannesburg where we hired a vehicle and drove up the N1 to Warmbaths to meet Solly and start the field survey in the North-West corner of Mpumalanga. We were armed with early versions of GPS, laptops and topo-cadastral maps.

That’s when the fun started.