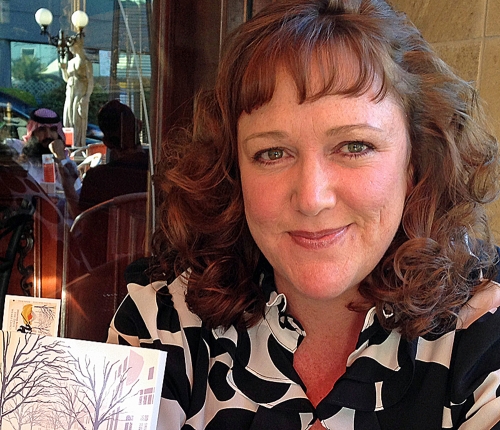 “Where?” “Is that near Sydney?” “What is there to do there?” These were the questions I heard when my husband and I chose Brisbane as our new Australian home base over Melbourne, a larger and more developed city than Queensland’s capital. We had never been to Brisvegas, as many like to call it, but we had spent time exploring the state’s incredible natural areas to the north. My visit to Melbourne, while interesting and informative, left a lackluster impression.Before the rants about Melbourne being the “World’s Most Livable City” five years running begin, please hear me out.

Brisbane is considerably smaller than the more well-known capital cities. In 2014, the recorded population was 2.3 million. That’s half the number of Sydney or Melbourne and roughly equivalent to Perth. Adelaide is smaller yet at 1.3 million. One of Brisbane’s most attractive characteristics is its relatively small size. You can cross town in roughly thirty minutes. The airport is easily accessible in under an hour from anywhere. Peak traffic times morning and evening have not yet consumed the entire day.

Brisbane is a less-developed city than the capitals further south. There is still “room to move” because not every niche of the city has a business or a resident, at least not yet. After living for two years in a crowded inner-city suburb, my husband and I moved twenty kilometers north of the CBD. Our property, classified as semi-rural, has wild koalas, parrots, pythons (!), and a beautiful reservoir across the street. In the same amount of time that it takes to get to the city, we can be in the mountains or at the beach.

On a recent visit to my former home in Amsterdam, I was overwhelmed by the city’s noise. Living in our own tropical paradise, the sounds we are surrounded by come from wildlife. Mainly, crazy kookaburra laughing and cacophonous cockatoo calls are what disturb the tranquility. Of course, due to the larger size of the properties further from the city center, lawn mowers and leaf blowers are prevalent too, but they aren’t constant. In Europe, capital cities emit sirens at least every hour. While it’s sometimes inconvenient that we do not have easy access to public transport outside of Brisbane, I’ll gladly take peace and quiet over tram bells. Although, the ornery possum outside makes his presence known occasionally, it doesn’t happen several times an hour.

Have I mentioned the weather in Queensland? Our state motto is: “Queensland, beautiful one day, perfect the next.” And, as opposed to most silly state sayings, it’s true. We average 261 sunny days per year. Blue skies and radiant sunbeams push through the clouds on more days than any other Australian capital. Those beautiful birds I mentioned earlier practically sparkle on Brisbane’s tree limbs.

What about further afield from our fair city, you ask? This is where the adventure truly begins. On weekends and holidays, you have your pick of any number of stunning beaches close to Brisbane. There are suburban beaches when time is short, but with a little more time you can experience one of Australia’s flawless gems, the Sunshine Coast. 1.5 hours’ drive north of Brisbane, the white silica sand sparkles and pristine surroundings deliver unparalleled relaxation. Not one for chilling at the beach? Drive the same amount of time south to the beaches of the Gold Coast and have all the excitement you crave, with yet another glittering set of beaches.

Regardless of how much I love visiting these gorgeous spots, Queensland’s islands are its true prize possessions. Stradbroke and Moreton islands, for example, are accessible via private boat or ferry from Brisbane. Others, including the breathtaking Whitsundays and the over 900 of the Great Barrier Reef Marine Park, take more time and planning but deliver incomparable beauty in return. On my first visit to Queensland, we stayed in Port Douglas and day tripped to the outer reef. Despite spending a great many ocean days in my life, nothing prepared me for the marine diversity of this area larger than the UK, Switzerland, and Holland combined.

From the first moment the eucalyptus-scented air hit my nose, the feeling here was different. With spectacular tropical surroundings, an unhurried lifestyle, and a scale natural beauty found nowhere else on the planet, I knew I would find a way to live here. That was 2008. I relocated here in 2011. For someone completely over stressful city life, anything resembling “winter,” and trying to fit into high society’s established cliques, there is no better place to call home. Cities remain magnetic, but the ability to leave them and reflect in tranquility is far more delicious.