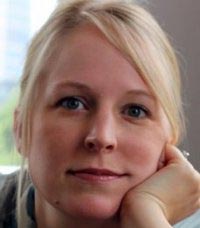 We’re back in New Zealand after having spent a wonderful 2 months in the United Kingdom. We travelled there for my husband, as he needed to do some work at one of the universities, and it worked out that our son and I were able to accompany him. It was a great time and we were glad to have had such a fun opportunity to experience life in yet another country and culture.

Coming back to New Zealand has meant a few minor adjustments. Aside from the obvious ones of getting over jet lag and remembering that things are not paid for in pounds, but in dollars, there’s the process of actually “settling”. Before leaving we made the decision to give up our apartment and either put everything into storage or sell it. We will be moving back to the USA in July 2013, so we knew that we needed to sell some things, anyway, and this was a good time to do it. We’re living in short-term accommodations now that we’re back, and shortly we will be heading down to the South Island for a 9 day holiday, after which we’ll be flying back to Auckland to do a 3 month house-sit.Did I mention that a few weeks prior to leaving for the United Kingdom, we got some happy news when I found out that I was expecting our 2nd child? Such a blessing, but also a lot of travelling and moving to be doing while pregnant. Before, all of those changes might have bothered or worried this Type-A Personality, but I was a little surprised to discover that they no longer did, or at least not very much.

The expat experience is partially responsible for that. Three years ago, if someone had told me that I would be flying around the world during my first and second trimesters, be living at 5 different addresses in the space of a year, 3 of which were in completely different countries, I would have laughed. And then when I realized that they were telling the truth, I probably would have cried and begun to panic. Now, it really doesn’t faze me. Moving and change is often a part of the expat lifestyle, and I think that despite some of its drawbacks, it does have a lot of benefits.

For starters, it has taught me to be more flexible. Whereas before I would say, “I don’t think so!”, now, I say, “Hmm, why not?” I’m more willing to try new things and see what happens. All of the moving and change and travel have also, in my opinion, been good for our son. I counted up the number of flights that he has taken since birth, and was surprised to realize that he will have flown 18 times by the time he turns 18 months. Amazing. He’s such a good little traveller, too, and I can’t help but think that it’s in part a result of all of our moving around. He tends to go with the flow – if he misses a nap, it’s not a huge deal. If he has to sleep in a new room, it doesn’t bother him too much, so long as his favourite blanket and stuffed animal are there with him. He eats a wide variety of foods, and I chalk it up to the number of different cuisines he has been exposed to while living in New Zealand, in the UK, and while travelling around the US. Flying on planes with him, even long-haul international flights that entail 25+ hours of travel with him on our laps, usually go very well.

I realize that every expat experience is different, and while all of this travelling and moving has been good for us in the long run, that may not be the case for all. There are always unique circumstances, but I think that a big part of it is attitude and how willing we are to step outside of our normal, daily lives and try something new. The results may not always be what we had expected or hoped, but I think that we can learn something from just about every experience. Like I said earlier, I’ve learned to be more flexible. I’ve learned that change and travel won’t ruin your child so long as there are some basic routines set in place and so long as they know that you are consistently there for them and love them. I’ve learned to try new foods, even if I don’t like them, and I’ve learned to not let fear be the only reason I don’t do something. Travel and change can be hard, but if you let them, they can also be blessings in disguise.