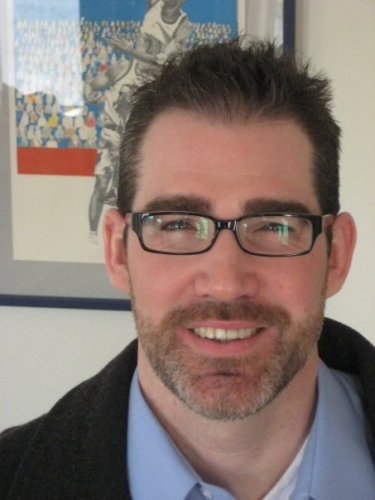 It’s been said that if you don’t have your health, you don’t have anything. This was once true but, in today’s age of U.S. for-profit healthcare and it’s skyrocketing costs, it would now be more accurate to say that if you do have your health, you probably have nothing. Everyone at some point has some malady that requires medical assistance but if you aren’t wealthy going into it, even with insurance, you are likely to come out of it flat broke. To be fair, American medicine is perhaps the best in the world. To be cynical, however, it is in the interest of American doctors to be the best so that they can cure you; the deceased rarely pay their medical bills.On a lighter note, healthcare in Germany is wonderful. It’s affordable, everyone has access to it, and the doctors are on par with those in the States. That being said, Germany does take a not-so-slightly different approach to administering medicine to the masses so read on, impatient patient, and “Gesundheit”.

In spite of great healthcare, there are many ways to injure oneself in Germany. Loud noises are forbidden on Sundays here and so Saturdays are full of homeowners limping to the hospital after they have severed toes with their lawnmowers on the one weekend day they are permitted to do so. For the renters and the rich who don’t have to toil in their yards, but who also don’t want to miss out on the fun and excitement of a triage unit, Saturdays are a prime day for sightseeing: The rest of us are battling nature and so the tourist destinations are less crowded.

Because of the insanely lucrative legal system in the U.S. that encourages lawyers to chase ambulances like rabid suit-wearing dogs, there are walls and barricades around literally everything there that could potentially lead to injury. In contrast, there are no safety railings around attractions here in Deutschland from which one could fall, nor any signs telling you to “Not stick your head in the lions cage”.

In Mergentheim, specifically, we have a “Wild Park” where bears are only a short leap away. If someone is stupid enough to get too close and therefore falls, gets eaten, or both, the rest of the people seem to just chalk it up to natural selection and are thankful that they are no longer muddying the collective gene pool. Because we are used to being protected from ourselves, most of these, unfortunately, are Americans. It reminds me of the joke about a redneck’s two last sentences:

Should you find yourself at a German doctor’s office with a non-life threatening injury or for a normal checkup, I can tell you from experience that you should wear underwear. Being a social system, German healthcare is less expensive and so doesn’t have the frivolous expenses that a U.S. hospital will overcharge you for. In the case of disposable hospital gowns, they don’t even have them. Unlike in America where we shy away from all things sexual like a vampire avoids the sun, doctors and patients alike in Germany are much less prudish. Trust me, your doctor knows that you have genitals. Eeek!

I remember once looking over my hospital bill when I was still in the States. Towards the very bottom, I came across the line item for the garment and thought, “$300 for a hospital gown?! Who made it? Vera Wang”?! To add insult to injury, they are thrown away afterward which means that you essentially rented a designer paper dress for an hour. I can rent a Porsche for less than that.

You have all seen the American movies where someone escapes from a hospital and is running through the streets in their gown, buttocks exposed. The reason isn’t because they are wanted by the police or anything like that. That’s just Hollywood drama. It’s really just because they decided to keep the priceless dress that they paid for and which was far more expensive than the clothes they arrived in.

Back to the point, when you are at the doctor’s office, they will not give you a gown. They will instead direct you to an alcove adjacent to the examination room and tell you to remove everything except your underwear. If you are not wearing underwear, your embarrassment will force you to mention this fact to the nurse. She will, subsequently, force herself not to laugh, though not very well. I am probably the only patient they’ve ever had who wore pants during an examination and am certainly the only man in history that has been laughed at because he kept his pants on.

Being a social system, German healthcare is preventative. Not just in relation to treating symptoms once they occur, but in a larger, more general sense by preventing them in the first place. For example, Germans work far fewer hours than we do yet have far more vacation days. Being less stressed and less tired are two of the most important ways to combat illness. We Americans, however, aren’t used to taking it easy. We fight through pain or soreness, most likely because of our reactive and expensive Healthcare system, as we have to work all of those extra hours just to afford it. This naturally just feeds the vicious cycle since working all of those hours means that you will get sick. We do not acknowledge that something may be wrong or on the verge of breaking. Should one of us go to the ER for chest pain and find that it is merely indigestion and not a heart attack, instead of being thankful, we would probably say, “Damn it! Now I have to pay for that visit myself, and my insurance will probably go up! Of all the luck! Grrrr”!

Fortunately for us, when the pain returns due to anger-induced elevated blood pressure and we have to go back to the hospital, the previous visit will probably be covered…but only if you are in actual cardiac arrest. Otherwise, it’s just another out-of-pocket expense. Maybe scarf a few donuts on your way back…while smoking.

When you make that initial appointment at the doctor in the U.S., they typically take blood during the exam. When you make your appointment here, however, they schedule your blood work ahead of your exam so that they can share the results with you during the exam. This serves a two-fold purpose. The first is obvious in that there is no need for a follow-up visit in which the doctor can charge you the price of a small island to tell you your results. The second benefit, if you are like me and hate needles, is that the advance notice will give you enough time to travel to some isolated forest in Bulgaria and hide behind a tree. Seriously, I hate needles. The first time a nurse asked if she could take my blood here, I frowned up at her and said, “Nein, Vampirin! Das ist mein Blut!” (No, vampire! That’s my blood).

An unlikely – but ingenious – example of how the German social system is tied to preventative healthcare are Gelbesäcke. Gelbesäcke are yellow plastic garbage bags engineered to be so thin that they are completely transparent. This is presumably so that when your trash is placed on the curb, your neighbors can see what you eat and drink, thereby shaming you into not buying it in the first place. This is the best case scenario, however. These yellow bags are so thin, they tear at even a threatening glance, much less stuffing them full of cookie wrappers and fast food bags. You normally have less worry of your neighbors seeing the garbage in your bags and more of it spilling out and blowing into their yard like brightly-colored cellophane tumbleweeds. Nothing quite gives away your poor diet faster than your discarded cake packaging piled against you neighbors front door like a junk-food barricade.

Well, this tale is done and not a moment to soon as I must leave. I have a doctors appointment on Monday and need a head-start: Bulgaria is a three day drive from here and I still have to clear the neighbors’ door.