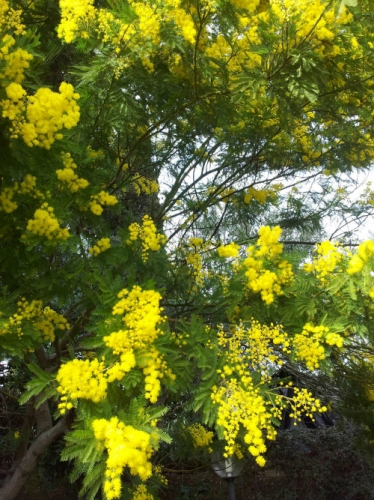 Each month I like to reflect back to the previous one, as it gives you the opportunity to read about our little bit of Chianti, in Tuscany and what life is all about here. No, I’m sorry, you will not find Tuscan recipes and lots of talk about food, the exception being restaurants, but you will get to know the locals and what is in the daily newspapers as I drink my morning coffee in Certaldo!At the beginning of January we always celebrate my man’s birthday and the locals at Bar Solferino all shouted ‘Auguri’ and some even shook his hand and said ‘Buon Compleanno’ as he came in the door. My man was very warmed by this and it reminds us yet again how welcome we have been made, here in our neck of the woods. Over coffee I read about Befana in Il Nazione newspaper, which is better known to you and me as Epiphany, and is another excuse for the Italians to take the day off for a Festa. Befana is a good witch who sometimes arrives on foot, by bicycle or even absails down from the church tower, depending on where you live. All the children hope that she will have considered them to have been well-behaved over the previous year, if yes they will get presents!

I also read that the hugely popular TV series, Don Matteo, is returning to our screens, which I love. It is a humorous, sometimes serious drama, starring a speeding priest on a bicycle in flowing robes and a hapless station of Carabinerie (Italian police) in a beautiful nameless hilltop village, somewhere in Italy. Look out for it on Sundays.

Come the second week in January, we were amazed to see the beautiful Mimosa tree starting to blossom. This was a little worrying because flowering so early would mean that the blossoms would not be around for early March and La Festa della Donna, when Italian women traditionally receive bunches from their family and friends. Like the rest of the world, the change in weather patterns is definitely affecting the plant life here. But it is the correct time of year for the Certaldo Red Onion, which you can buy in Certaldo’s Saturday morning market along with all the other seasonal vegetables.

Ooh, then I read over my lovely creamy caffé latte, that the gorgeous Jude Law seems to have taken his vows and will soon be starring as Pope Xlll in a new TV series directed by Paolo Sorrentino. He looks far too young and sexy to play the Pope, but hey ho! It’s going out on Sky Atlantic in most European countries including the UK, so look out for that too.

The papers were already talking about the Sanremo Song Festival, which happens every year in February and goes on for about a week. It looks like the aging rocker Elton John will be there; I doubt you will have heard of any of the others as they are mostly Italian. But the Italians love it. I’ll let you know more about it next month.

Come the end of January, I had finally decided on my repertoire of covers for my next rock concert on June 25th, which we have every year in our Tuscan garden. My head is always full of rock music at this time of year and it is important to start practising and getting my voice back into shape again! New songs include The Beatles, George Harrison, Robert Plant, Paul Weller, Peter Gabriel and Amy Winehouse. If you would like an invite, write to me at june.finnigan@virgin.net

Finally, as the world press has already told the world, we have been visited by the Prime Minister of Iran. To welcome him, the government decided to cover up all the ‘naughty bits’ on the beautiful statues that are part of Italy’s wonderful culture. You can imagine the conversation in the Caffé Bar can’t you? Some called it an act of prostitution! Grovel and ye shall be gifted large sums of Iranian money!

Well, enough of that, must get back to the day job.

Have a great February and see you next month.