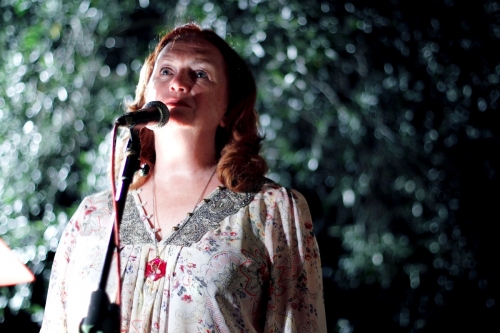 The first week of April was enormously satisfying for me as my new novel The Bolivian Connection finally went live! This novel is part two of the series ‘The Continuing Adventures of Joanna Wilde,’ part one being My Father, The Assassin. A week later, a five star review was posted and the sales began to soar!

By the second week the dust had settled and I had written another chapter of The Italian Connection, which is the third book in the series. Joanna is continuing her exciting adventures where else, but here in Italy.By mid-month the garden of our villa in the lovely Chianti Hills had erupted into blossoms and the scent of Jasmin and wisteria filled the air. My man got the grass cut, well not exactly grass, a sort of scrubby mix of weed, daisies and other greenish things, as nothing grows underneath the tall pine trees. But it smelt lovely and taking an aperitivo in the early evening on the upper terrace was simply heavenly. Farty Barty the cat seemed to be over his amorous encounters and had taken up a guard cat position at the end of a wooden bench.

Realising that my next rock concert was now only two months away, I put aside a little time in the third week, to brainwash myself with the lyrics of my repertoire and started doing some voice practice. It’s incredible how the facial and throat muscles can seize up without lots of practice and the lungs become clogged! But do not worry, it will all be alright on the night! I am itching to get back behind the microphone.

Later in the month, my man and I met with Jackie and Valerie over Sunday lunch. Jackie runs guided and themed tours for Americans in Italy and other European destinations. We agreed that she could bring a group of artists to our villa in October, to meet the ‘celebrity English Author’ for a book signing and to sketch the garden and stunning views from here!

At the end of April, the 25th to be exact, Italy celebrated the 50th anniversary of La Festa Della Liberazione. Our local town of Certaldo saw a march through of military bands, representatives of local government, Ambulance people and the police. They were followed by the last few remaining Partisans with walking sticks or in wheelchairs. I found this very emotional, having interviewed a Partisan from Montespertoli who was already in his late eighties, a couple of years ago for my latest book. His stories about the German occupation were horrendous. However, the sun came out and all the colourful stands were selling local goodies, so I bought some more of my favourite red onion marmalade and some mouth-watering cheeses.

Meanwhile, in the land of the filthy rich, the Peter Pan of politics, Silvio Berlusconi, was negotiating the sale of part of his shareholding in AC Milan football club to the Chinese, a Thai and a Swiss/Austrian consortium. It seems that SB’s daughter is to be included in the deal. “What!” I hear you saying. Well I can only repeat what I read in the newspaper……
OK, enough of that, I must go and get my head around food. It’s a beautiful day and so it will be lunch in the garden again. Ah, life can be hard.

Have a great month, don’t forget to visit my Amazon Author page and if you do buy a book, I would be delighted if you could return to Amazon and leave a review. Thank you so much, you lovely people!